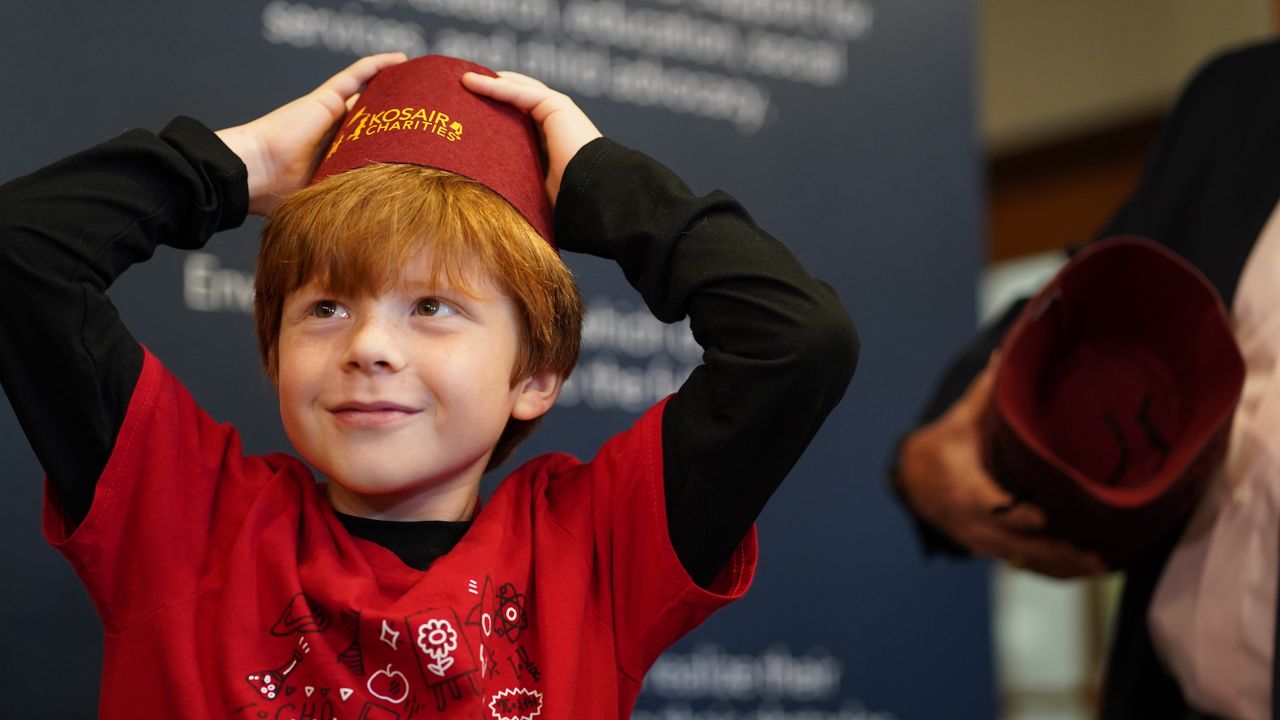 Karen Morrison is in a happy place, surrounded by playing children, children who are tied to a cancer diagnosis but able to enjoy life as any child should. “It was a very nice surprise. I cried to be honest,” Morrison said. On Wednesday, Morrison was preparing for a board meeting to discuss, among other things, fundraising. He was then Charities Kosair of Louisville presented him with a check for $1 million. This money will help Morrison continue to help families affected by cancer.

“There’s a lot of sadness and fear and anxiety and we’re helping pull this monster out from under the bed and bringing it to light by saying, ‘Yeah, he’s kind of ugly, but here are the things we can still do,” Morrison explained. Morrison is the president of Gilda’s Club Kentuckiana, connecting families living with the effects of cancer to countless resources, therapies, and supportive communities. “We know that every day there is have families dealing with cancer who are not taking advantage of psychosocial support because they don’t even know we exist,” Morrison told a supporters’ room on Thursday.

Member of the Board of Directors of Kosair Charities. (Spectrum News 1/Jonathon Gregg)

“My eldest had to deal with a lot of loss and it’s hard for a child to understand that,” Kara Underwood told Spectrum News. Underwood lost his mother to cancer in 2019. Gilda’s Club has provided bereavement support to his family ever since. “They’re amazing, like everything Gilda does is amazing. They have so many different types of support, whether you’re dealing with cancer yourself or connected to it at any age,” Underwood explained.

Kosair’s donation is actually three times the amount Gilda’s Club expected, and it’s happening during Childhood Cancer Awareness Month. “And that will help build confidence that we will be able to sustain the program that we are running,” Morrison added.