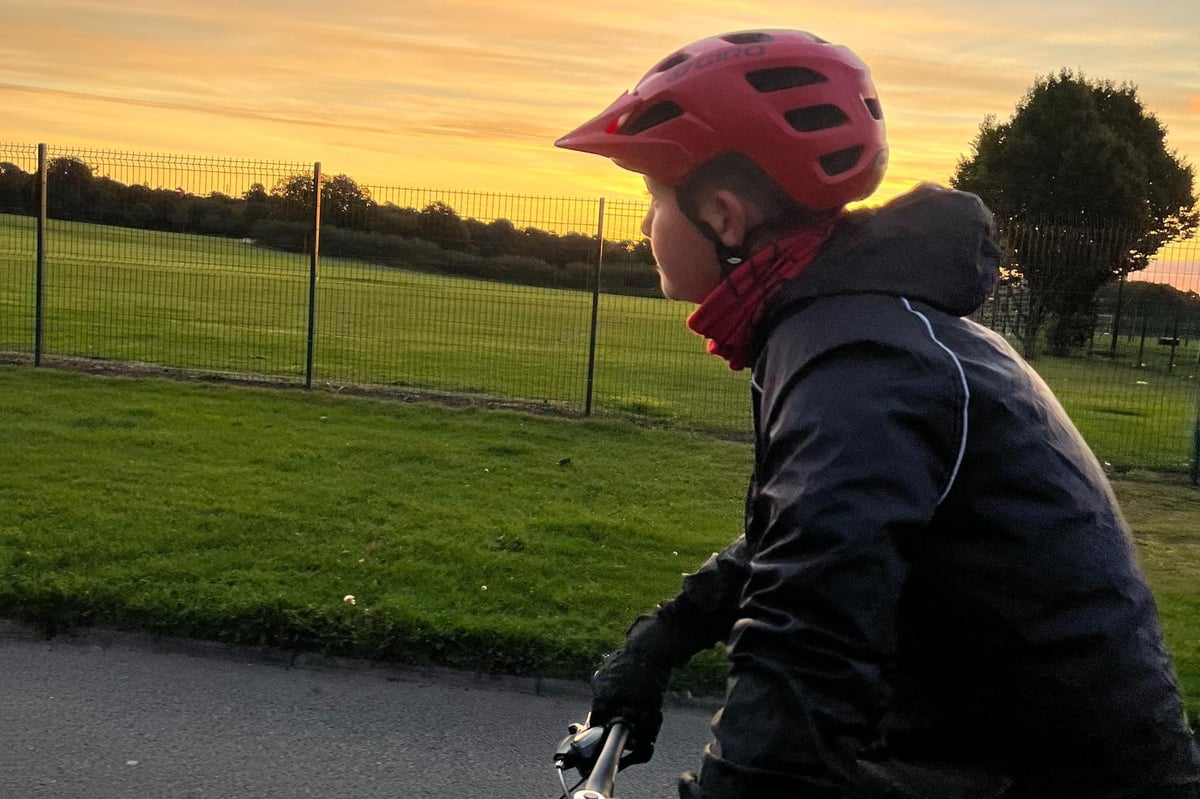 Logan Morrison, 12, will cycle from Bishopbriggs, near Glasgow, to Raith Rovers’ Starks Park stadium on Saturday November 12, with the funds going to help two of Kirkcaldy’s cancer wards.

Logan’s father, Lee, said this year’s fundraising effort was inspired by family friend Nicola Sharp, whom Logan calls his aunt, after being diagnosed with leukemia during the ‘summer.

Lee said, “Logan was determined to do anything for whatever she wanted.

Logan Morrison will cycle from Bishopbriggs, near Glasgow, to Raith Rovers’ Starks Park in Kirkcaldy

“She chose Ward 34 at Victoria Hospital, which treats her, and Maggie’s Ward, which works a lot with cancer patients.”

This will be the third year that Logan has generously raised funds for local charities. Two years ago he raised £600 to buy gifts for residents of Ostlers care home in Kirkcaldy, and last year he was able to raise an incredible £3,500 for Linton Lane and Kirkcaldy Foodbank by cycling from Edinburgh Castle to the center of Linton Lane.

These charitable efforts won him the Jim Raitt Shield from the Linton Lane Center and the Gordon Aikman Charity Cup at the Kirkcaldy High School awards night in June.

Logan has already surpassed his £1,200 target, something his father said left him “over the moon”. He hopes he can continue to support Linton Lane and Kirkcaldy Foodbank’s Hosting Hope project, but also wants to expand donations to other smaller local charities.

With the event taking place on a Saturday, avid Rovers fan Logan had hoped to end the day watching the Starks Park side’s SPFL Championship tie with Dundee, but dad Lee quickly put the brakes on that.

He said: “We start at 6am but he actually wanted to start earlier so he could always come back and go to Dundee for the Rovers game.

“But we said ‘no, you can miss the game and we’ll go out to dinner when we’re done'”.