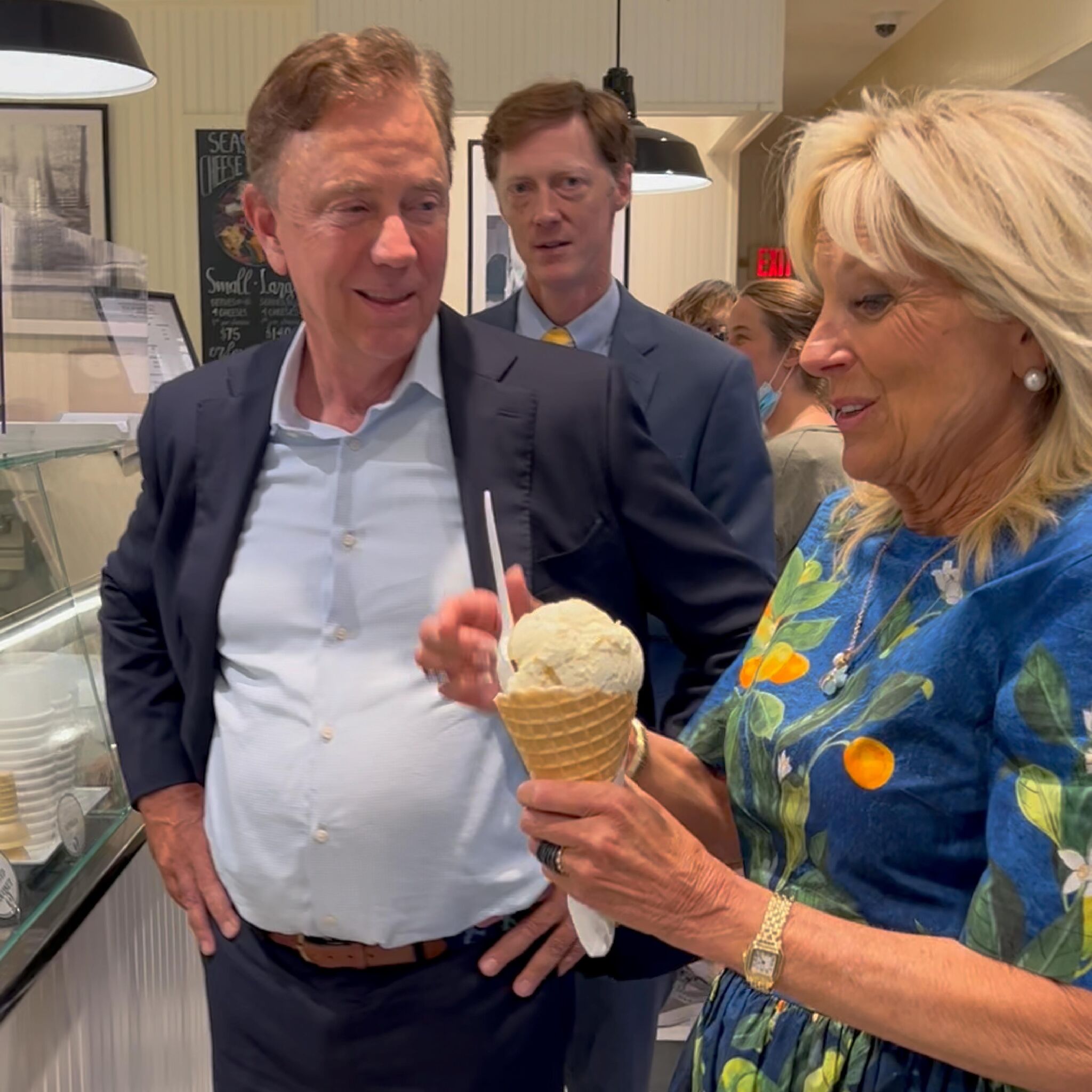 Biden went with one of the creamery’s fresh waffle cones, filled with a few scoops of coconut and toasted almond ice cream. Lamont went for a milkshake.

“Beyond their mutual love of ice cream and teaching children, Governor Lamont and the First Lady continued their conversation from the previous stop about how Connecticut uses ARPA funds ( American Rescue Plan Act) in an innovative way to supplement student education during summer vacation. “said Anthony Anthony, spokesman for the governor.

Cardona was head of the Connecticut State Department of Education and superintendent in Meriden before joining the Biden administration. Biden is a longtime educator herself and the first FLOTUS to keep her job outside the White House while also serving in the administration.

The two headed to Tweed Airport after their mid-afternoon dessert and took off for Michigan. After that, they leave for Georgia.

Of the nearly $2 trillion included in the American Rescue Plan Act, the Biden administration has earmarked $122 billion to reopen schools during the pandemic and to help children struggling with learning losses.

Albertus Magnus’ program serves approximately 39 children in kindergarten through grade 2 in conjunction with Horizons, a non-profit organization based in Westport.

Horizons launched the program at Albertus Magnus College last summer with a $140,000 grant from the American Rescue Plan. This year, the program receives about half of its funding from the federal government, with the other half coming from private donors, according to Jose Oromi, executive vice president of Horizons National.