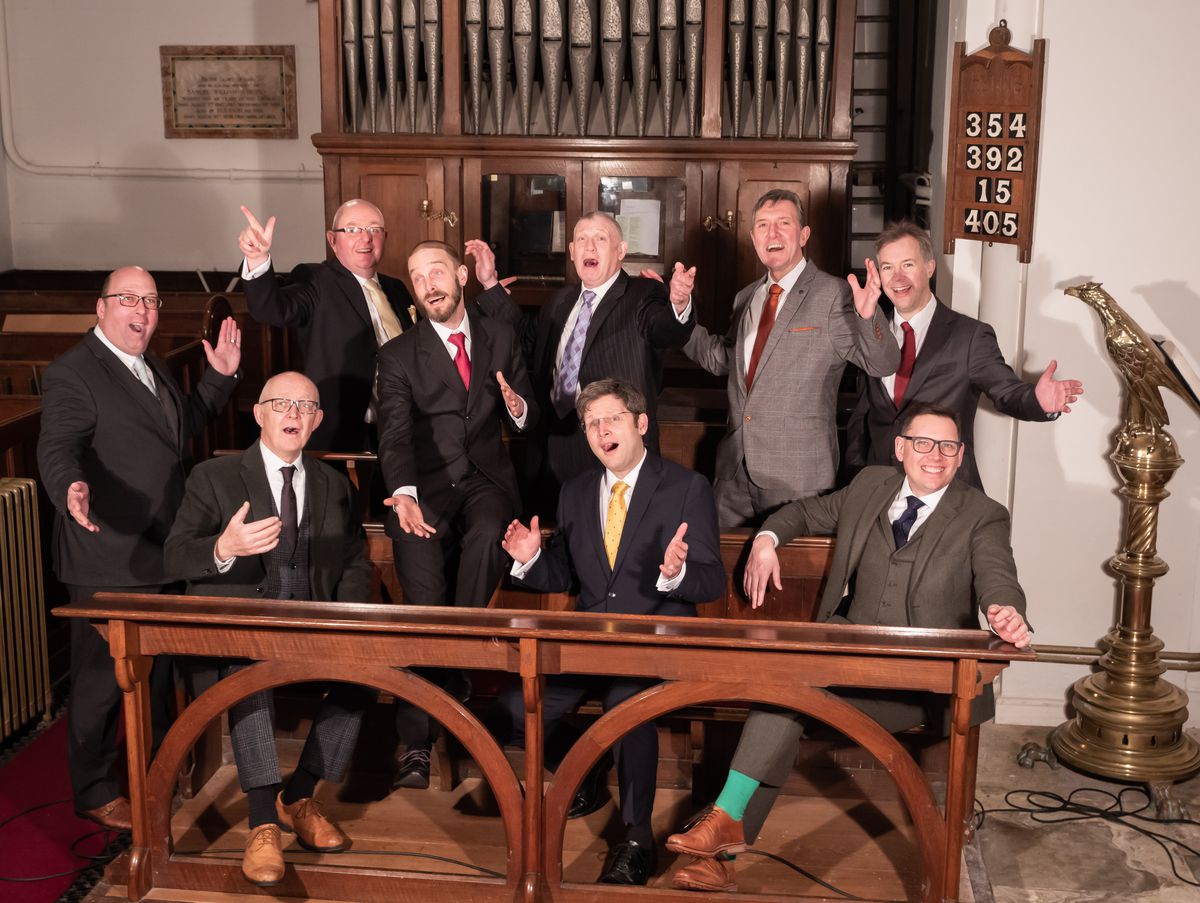 ‘Cor Bach’, who has had nearly five million social media hits and performed with celebrities such as Alfie Boe, will perform at St Alkmund’s Church in Whitchurch next month.

The ‘Sing out for Cancer’ program in Whitchurch on May 7 will support the town’s Rotary prostate cancer screening program and Inner Wheel breast cancer initiatives.

“Our joint community projects have over the past few years saved many lives and we hope the proceeds from this concert will help us continue the work.”

‘Cor Bach’ is an a capella spin-off group of nine members of the famed Staffordshire-based ‘Daleian Singers’ who have performed with celebrities such as Joan Sutherland and Alfie Boe.

The group received the award for ‘Best British Choir’ at the Cornwall International Festival of Male Voices in 2019 and went viral on the internet after a video of them singing acapella in a pub emerged, attracting fans like Piers Morgan and Boris Johnson.

In support of ‘Cor Bach’ at the concert, two emerging musical talents from the Whitchurch area will perform.

Saxophonist Oliver Pritchard Jones, a student of jazz and classical music at Leeds Conservatory, was Rotary’s Regional Musician of the Year 2018 and his appearances include London’s prestigious Ronnie Scott’s venue.

And Oliver Smith, a flautist who studied music in Chester, sang and played at St Paul’s Cathedral and Westminster Abbey, has toured abroad several times and sings in the Church Choir of St. Oswald, Malpas.

‘Sing out for Cancer’ will take place at 7.30pm on Saturday May 7th.

Tickets cost £10 each and are on sale now at Gallery Flowers in the High Street, Card Market in Green End or by contacting Peggy Mullock on 01948 664959.