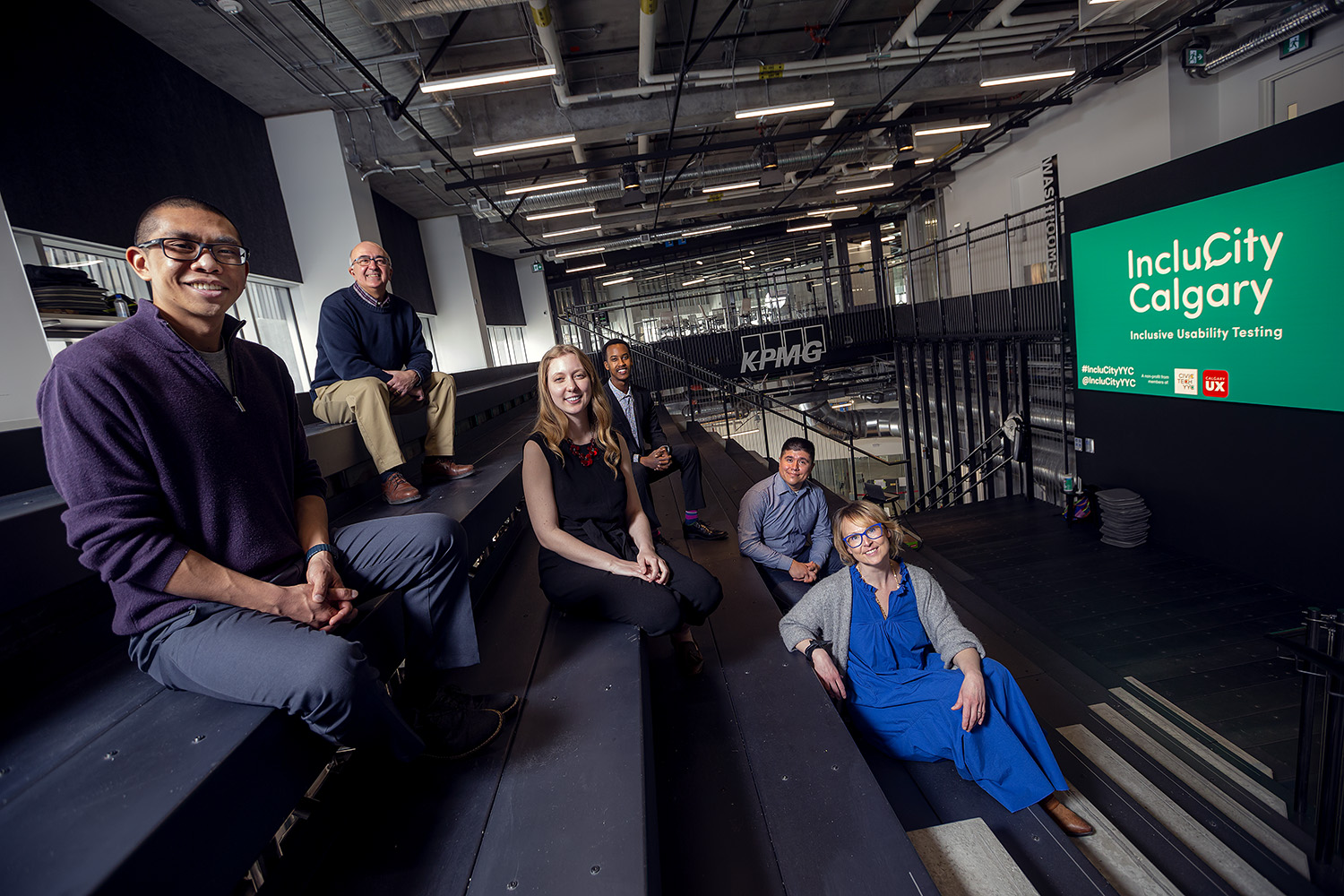 Far too often, the services and products provided by technology are designed without input from the very people who will use them.

At least according to IncluCity Calgary, a nonprofit startup that aims to provide better and more diverse real-world feedback to tech companies, nonprofits, and government.

They aim to achieve this by recruiting diverse groups of Calgarians, including people with disabilities and marginalized communities, to provide inclusive end-user usability testing.

“There is a booming technology industry here in Calgary, and we are increasingly creating solutions that directly affect Calgarians. We want to be involved in the process of making these technologies,” said Uriel Karerwa, project coordinator at IncluCity.

The feedback would then be used by organizations to make their technology easier to use and more accessible to more people. Karerwa said it’s about making technology made in Calgary more user-friendly.

The idea for the nonprofit began in 2019 at Civic Tech YYC and came to fruition in 2021 during a civic innovation course at Mount Royal University. IncluCity became a registered nonprofit in the fall of this year.

Karerwa, who has a background in neuroscience and experience working with neurodiverse groups in Lethbridge, was hired as the testing project coordinator this year.

Usability testing is about making the technology usable

When traditional user testing has been done, it’s often in a company or lab, during business hours by seasoned or professional usability testers who have, as IncluCity puts it, a “traditional relationship” with companies and organizations.

Feedback from these types of sessions is, in their view, less authentic and less representative of how a larger and more diverse set of users might use a particular technology.

“They do the best they can in terms of limited time and sometimes limited access to certain types of services,” Zakaib said.

“So what we’re providing is this inclusive usability testing. It’s not readily available, and so we can’t necessarily blame people who are focused on providing the best code and the best software possible in their niche,” he said.

IncluCity will conduct user testing in public spaces like libraries and online. They want to provide after-hours testing to more Calgarians, including those who had no experience with usability testing before.

They said it would provide more authentic reviews representing communities using products and services. It would increase access by identifying and removing barriers that make technology difficult to use, they said.

“The diverse group is huge, and there are a lot of other kinds of needs that should be recognized in this process,” Zakaib said.

“We’re not a tech company, we’re a social impact organization,” he said.

He said this model allows IncluCity to work with organizations of different sizes. This could range from the largest employers in the city to community associations employing technology for their communities. Larger for-profit companies would pay a commercial rate for testing. Nonprofits would pay a discounted rate and smaller community groups would receive tests for free.

This nonprofit model also allows them to share their findings with other nonprofits, community groups, and academic researchers.

They also aim to incorporate digital literacy programs into their work. It further improves access to technology in communities like those made up of newcomers to Canada.

“Everyone is an individual with certain needs, and we can’t include everyone, but we can do a much better job of including diversity and including those who are underrepresented in this inclusive usability test. “, did he declare.

IncluCity also considers it very important to compensate its testers for their time.

“We want to honor their time and commitment to this,” Zakaib said.

The core value set is also something that could pay dividends for companies looking to gain competitive advantage. Karerwa said making any technology product more accessible opens up new people to serve.

“It makes it much more user-friendly, and it’s much more likely that your user group will participate in using this whole technology,” he said.

“There are many repercussions outside of what you can possibly conceive or think about in terms of improving the democratic process or making the city more accessible,” he said.

“I think that has very powerful effects in terms of the good that could come from initiatives like these.”

And already IncluCity is working to make concrete improvements for citizens’ access to essential services.

The City of Calgary provided a grant to IncluCity to provide usability testing for filing complaints about police conduct. The organization works with the Complete Complaints Foundation to improve the circumstances when a citizen files a complaint.

Currently, Karerwa said, the legal jargon surrounding filing complaints and the difficulty of online forms make it inaccessible. Especially to those unfamiliar with policing in Canada such as newcomers.

He said they were working to make the process more culturally and trauma-informed.

“So we invite people to come in and see, is this portal working for them? How does that make them feel? he said.

“And if that’s not working for you, or it’s traumatic, then we might want to think about changing the structure of the portal.”

To see other projects the organization is working on or to get involved as a tester, see www.inclucitycalgary.ca.