In pictures: Great-grandfather ends charity challenge early for Warwick-based charity – but vows to carry on 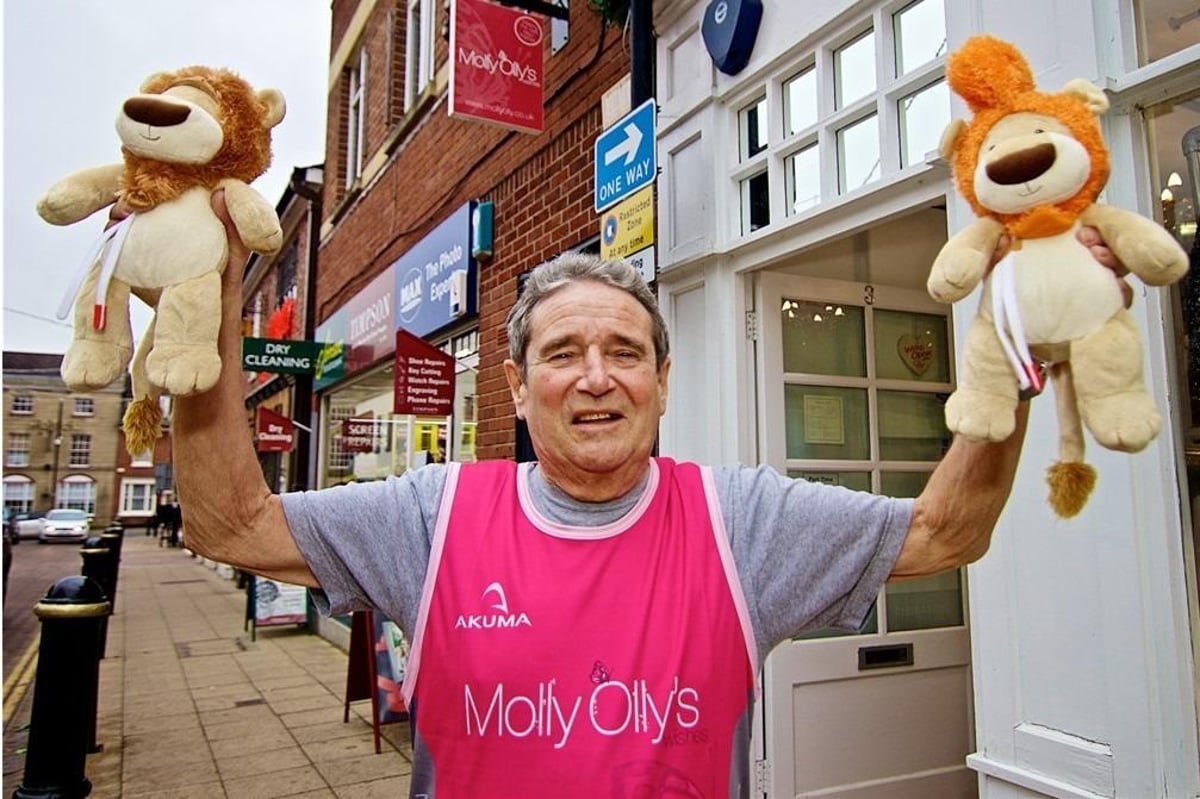 Tony Cunningham, from Coventry, this week raised more than £6,500 for Molly Ollys by covering 3,650 miles on her morning laps around the city’s Memorial Park.

Tony, who has only missed two 6am starts since he started due to illness last week, has now taken more than seven million steps – the equivalent distance of Coventry in Texas.

He said: “Compared to my debut six months ago, I can now say I walked, rather than just talking.

Tony Cunningham, from Coventry, this week raised more than £6,500 for Molly Ollys by covering 3,650 miles on her morning laps around the city’s Memorial Park. Photo provided

“A lot of things motivate me. Above all, I don’t want to let down the children and their families who are helped by Molly Ollys.

“I’m a determined, driven person who aims to accomplish what I set out to do, and the support I get in the park and on social media is absolutely phenomenal.

“I made a lot of good friends along the way.”

It’s this daily support that Tony will think about the most when he completes his final lap on New Year’s Eve.

Tony Cunningham, from Coventry, this week raised more than £6,500 for Molly Ollys by covering 3,650 miles on her morning laps around the city’s Memorial Park. Photo provided

He said: “My biggest highlights so far are meeting three mums in the park who were right to be helped by the charity and last month I met two nurses from UHCW (University Hospitals Coventry and Warwickshire) who helped me through my operation five years ago, Angie Cummings who worked in intensive care and Heidi Seidl who was in the operating room.

“It was amazing to see them again – and in very different circumstances.

“One of my biggest supporters is an old school friend Bernard Fitzpatrick who accompanied me on many of my walks.”

The great-grandfather of six is ​​also buoyed up every day by the memory of his late wife Jackie, 47, who died of cancer last year.

“I feel like she’s with me in spirit. I think she would cheer me on while telling me I’m crazy. I think it surprised a lot of people that I continued.

Warwick-based Molly Ollys was set up following the death of Molly, the eight-year-old daughter of Rachel and Tim Ollerenshaw, from rare kidney cancer and marks her tenth birthday this year.

The charity supports children with life-threatening illnesses and their families. He provides emotional support and donates wishes, therapy toys and books to children directly and through hospitals across the UK.

Rachel said: “Tony took on a huge challenge that should not be underestimated.

“You can easily say ‘walking 10 miles a day’ but with respect at 72 years old and with various health conditions, in all weathers and alone it’s amazing.

“He always does it with humor and good nature and a strong desire to publicize the work of Molly Ollys.

“He’s a legend and we’re so grateful to him and everyone who’s been with him and sponsored him. Thank you.”

Tony is determined to raise as much money as possible through the end of the year and has set a new goal of 5,000 miles.