In Greenwich, the ‘Vote Republican’ banner was moved after complaints 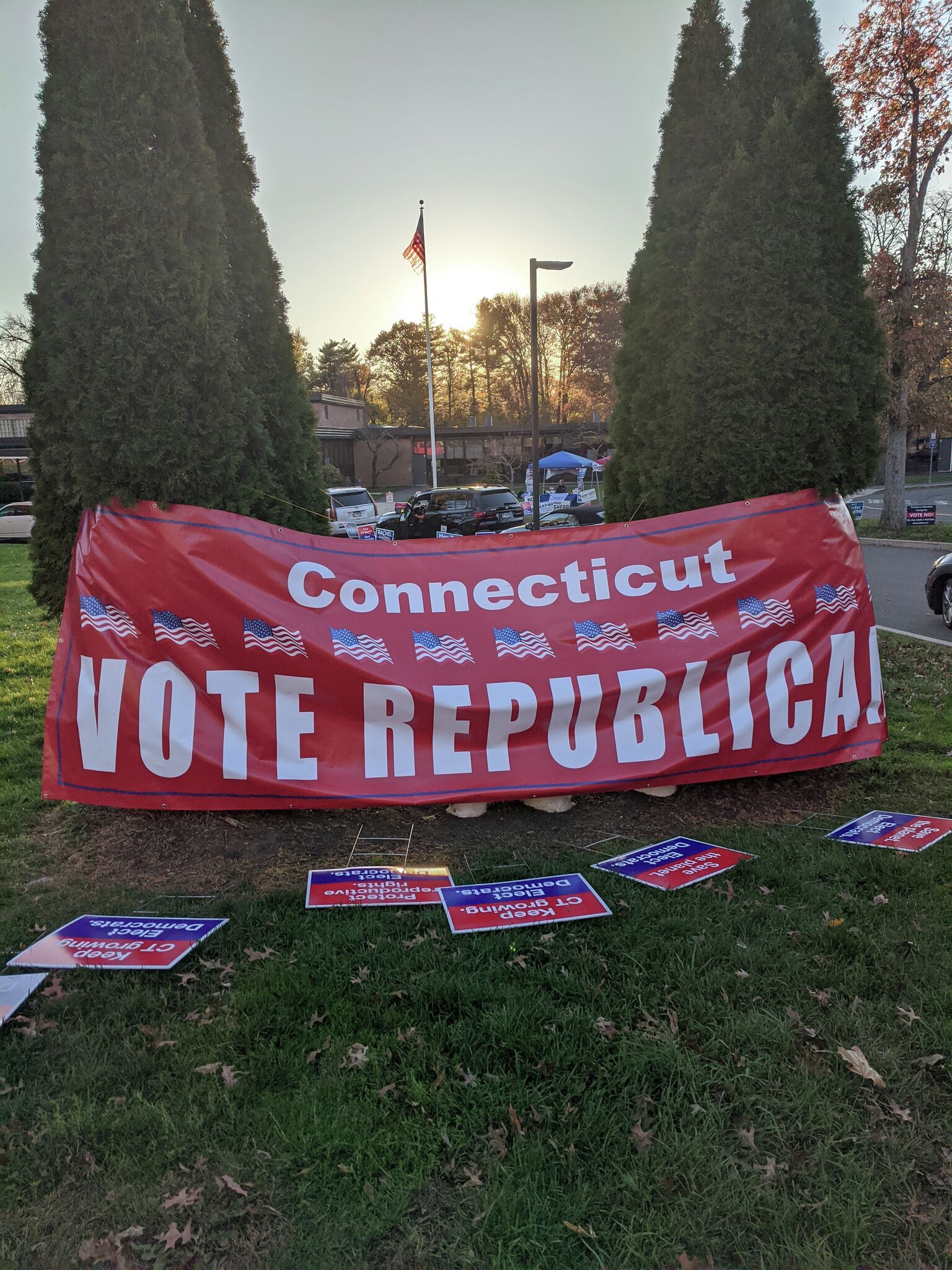 A great “Connecticut Vote Republican!” banner was draped over the North Street School sign that faces North Street outside the school building, which serves as a polling place for residents of District 11.

Paul Curtis, who served as moderator for the polling station, said a “small” group of “less than a dozen people” had complained about the banner, which they said prevented people from see the sign indicating where the school was. Additionally, he said there have been complaints about Republican campaign signs blocking signs telling people where to vote at school.

In an email to Greenwich Times, town resident Helen Stark said she was “appalled” to see the banner above the school sign.

“Not only does this make the polling place harder to find for someone new to the community, but it looks like it would be illegal to use a town sign as a prop, not to mention hurt the majestic evergreens. to which the sign is also attached,” Stark wrote.

Curtis said the signs weren’t illegal because they were more than 75 feet from a polling place, but he still asked Republican campaign volunteers to move the signs blocking those directing people to school and move the banner. While the signs were moved quickly, the large banner remained lit for several hours after its request. Late Tuesday afternoon, Republican campaign volunteers took down the banner.

As of 4 p.m., no other issues had been reported at the school, Curtis said.

A similar banner stood outside Central Middle School where District 8 residents voted, but it did not block a school sign, and district moderator Joe Huley said that at 5 p.m. there had been no complaints about it.

“People are always polite at Cos Cob,” Huley said.