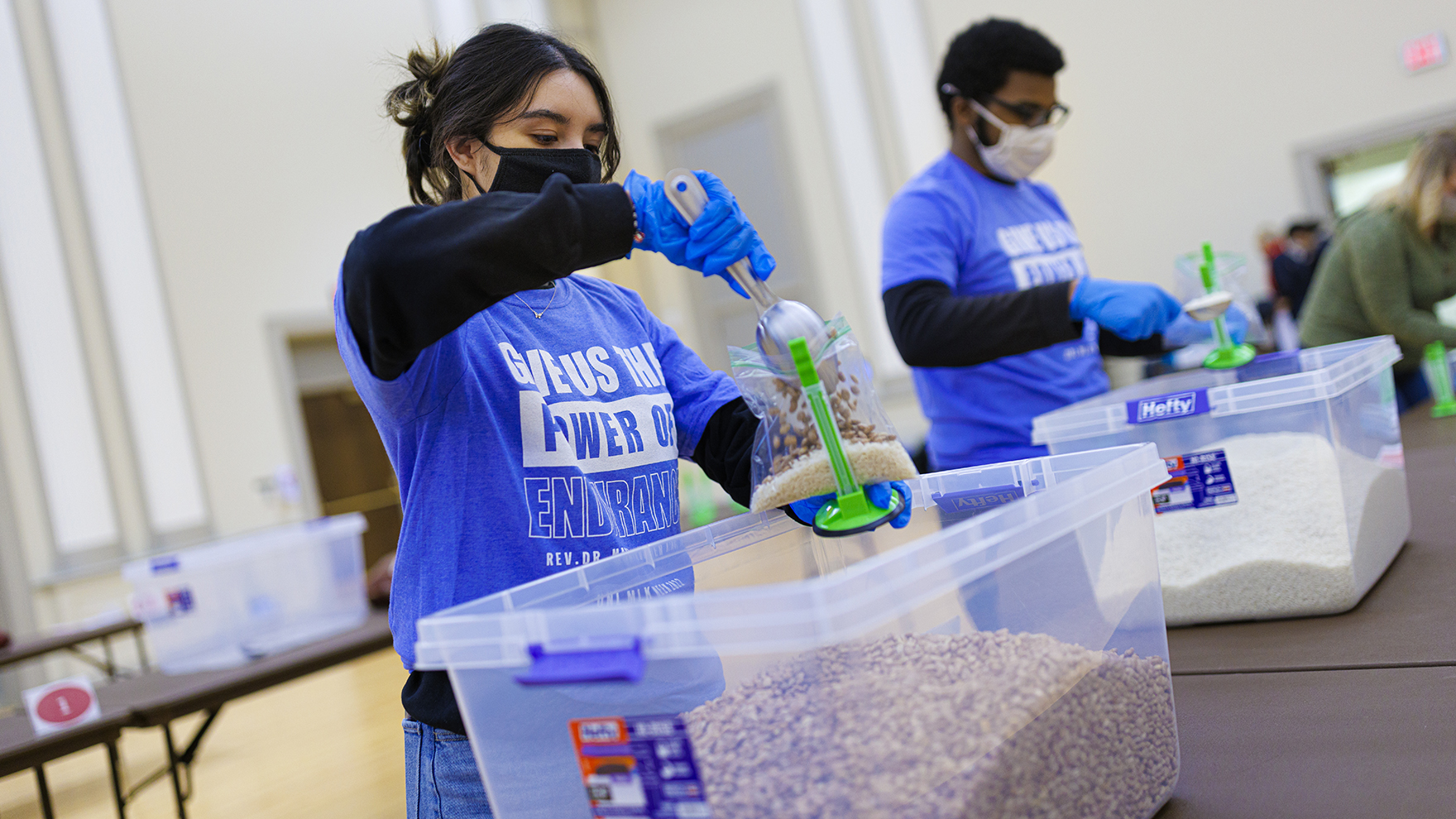 Nearly 120 University of Nebraska-Lincoln volunteers packed 2,128 meals of rice and beans this week as part of a service project honoring the legacy of Dr. Martin Luther King Jr.

The service project was offered from January 18-21 as part of the university MLK Respect for the week. Volunteers signed up to work 30- and 60-minute shifts, packing rice and bean meals and helping sort food donations.

Meals will be distributed through partner agencies of the Food Bank of Lincoln, which helps residents of Lincoln and southeastern Nebraska. The food bank has 50 agencies that distribute food in more than 80 locations, including Matt Talbot Kitchen and Outreach, People’s City Mission, Center for People in Need, and the university’s Husker Pantry.

Lauren Ritta, volunteer coordinator for the Food Bank of Lincoln, said the need for meals is great across the community, as one in eight adults and one in six children are food insecure locally.

“In December 1964 (Dr. Martin Luther King Jr.) spoke to Lincoln students, mentioning how much we spend to keep food out of the hands of people who can’t pay, and how little it would cost to fill the ‘withered stomachs’ of God’s children in Asia and Africa and in our own country,” Ritta said. “It’s so meaningful years later to partner with the university to feed our neighbors. is so consistent with MLKthe inheritance.