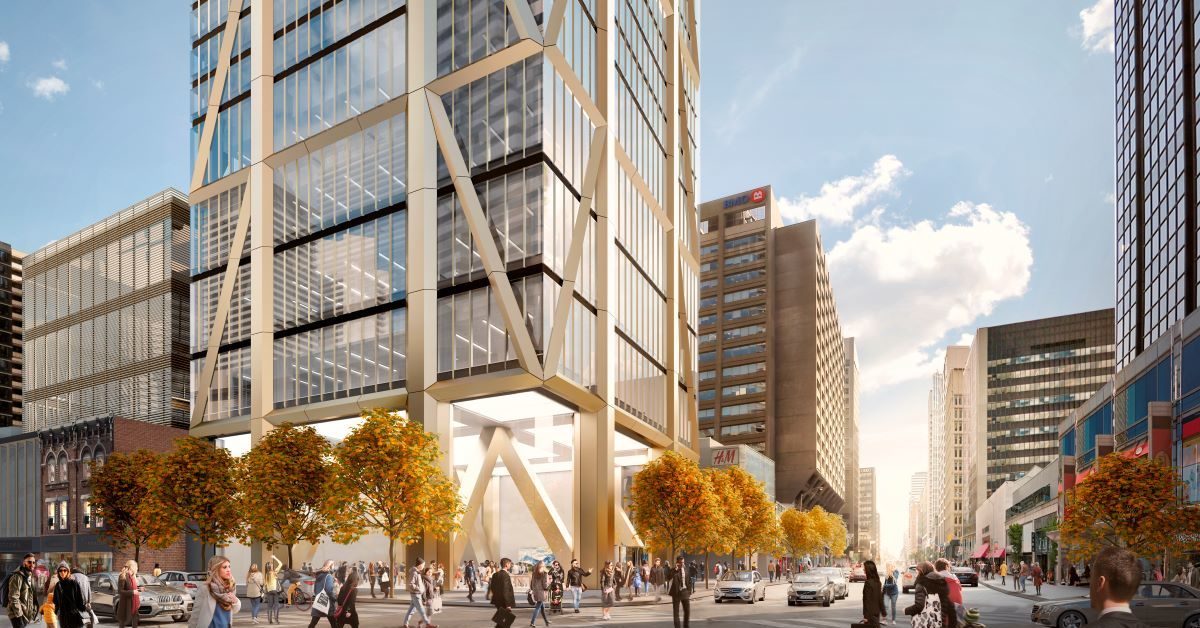 A local developer taps into the philosophy of Bloor Yorkville to build Canada’s tallest building.

When real estate developer Sam Mizrahi first acquired the property at the southwest corner of Bloor and Yonge, he did what he always does at the start of a new development: he walked the streets to talk to people. He wanted to know what they thought of this corner, what they liked or wanted to improve. This approach to community engagement has always guided Mizrahi’s process, and it’s no different for his latest project, The one. “It’s morally required,” Mizrahi says of the community contributions and considerations developers make for the benefit of civic life.

A history of rewarding neighborhoods

Toronto municipal laws state that developers contribute financially to the city through community benefits fees and parks funds. But beyond legal obligations and certain city-mandated community consultations, how developers envision and adapt to the lives and needs of citizens is largely determined by their own approach.

In 2011, when Mizrahi Developments, then a newcomer to condo development, proposed three boutique buildings in Yorkville on charming Hazelton Avenue, hundreds of residents of the beloved historic district turned out for town halls to hear about the planes. “There was some skepticism,” recalls Mizrahi. People openly questioned the development. The main takeaway was that the locals wanted respect for the history and beauty of their community.

In response, the three Mizrahi midrises, inspired by Haussmanian architecture in Paris, reshaped the streetscape that had been dotted with 1960s storefronts into a cohesive and elegant gateway to the neighborhood. Mizrahi Developments also helped design and renovate Ramsden Park. The park is now a popular retreat in the bustling city center with a new extended playground, walking paths and a fenced dog park, as well as tennis courts and a skating rink.

The One, who will be tallest building in canada, brings another level of responsibility. The historic intersection of Yonge and Bloor represents the city’s entrepreneurial verve, from its beginnings with brick storefronts in the 1800s to the luxury stores of today. The coveted southwest corner was the site of the high-end Stollery clothing store for 114 years, then owned by the Whaley family. Mizrahi met Ed Whaley, who considered himself the guardian of the Stollery legacy. “The architecture of Stollery was unique and striking in its time,” says Deborah Scott, assistant to the late Ed Whaley. “Ed and [his business partner] Patricia felt that Sam’s vision for the One would honor the history, style and prestige of the Stollery name.

For several years, Mizrahi has held many community town hall meetings, welcoming hundreds of local merchants, residents and interested citizens. He created working groups to discuss all aspects of The One’s development, from public transport, retail and food and beverage needs to architectural form.

View from the sidewalk

“The streets and their sidewalks – the principal public places of a city – are its most vital organs,” wrote Jane Jacobs, author of the seminal book Death and life of great American cities, who lived in Toronto for 1971 until his death in 2006. She emphasized the idea that a great city is not just about its buildings, but about the experience of walking past them.

The architects of The One, from Foster + Partners, carefully considered the tower’s impact on the average pedestrian. They designed widened sidewalks at its base, creating a plaza-like space with trees, public art and benches. “The goal was to establish a fixed point at the busiest intersection in Canada,” says Giles Robinson, Principal Architect at Foster + Partners.

The One’s flagship retail stores, along with the catwalk restaurants, were chosen to enhance the appeal of Bloor Street. The Andaz Hotel was selected after an extensive global search for a boutique brand that would be new to Toronto and reflect the city’s downtown culture and interests.

With The One project, Mizrahi Developments has contributed over $40 million to a variety of community and park improvements. “You don’t just develop a building; you help develop a city,” says Mizrahi.

To learn more about The One, visit mizrahidevelopments.ca.