How a Vermont family fights to help children with developmental disabilities 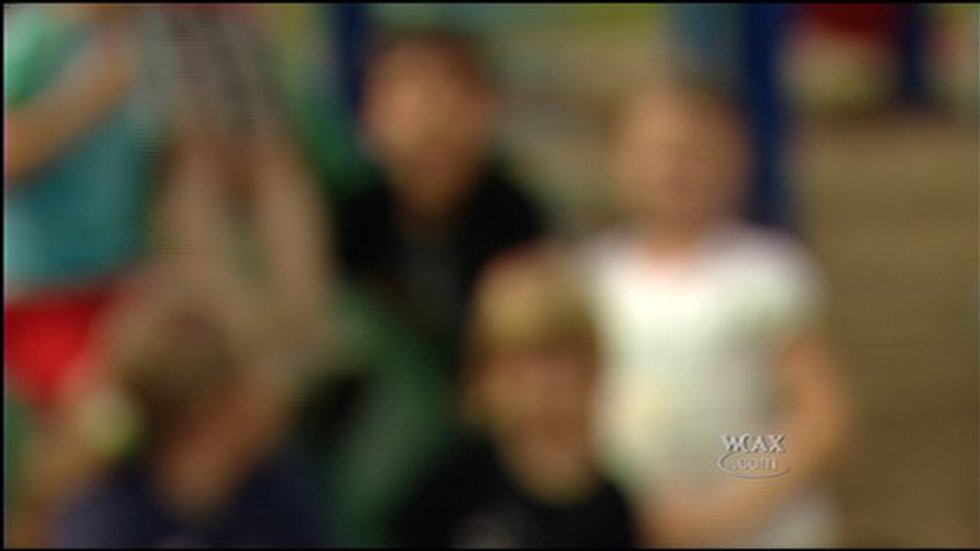 ESSEX, Vt. (WCAX) – A Chittenden County family is helping lead an effort to expand treatment options in the state for children with developmental disabilities, but as Christina Guessferd found in part two of her special report , navigating the bureaucracy could be a daunting challenge.

For three decades, the state of Vermont has prioritized deinstitutionalization care for vulnerable populations, regardless of the severity of their disability. But what can families do when harmful behaviors escalate, their child is too much to control, and home services aren’t enough? The short answer is to send them to an out-of-state residential facility.

Inspired by their own experience with their son Henry, who has multiple developmental disabilities and health issues that stem from a rare genetic mutation, Leslie and Eric Langevin created the nonprofit Building Hope for Children. The concept is to create a new two-story group home that would house three children at a time who would receive individual care 24 hours a day.

“So I can create a home with nursing staff. Children like Henry deserve nursing care,” Leslie said. “Families can have a break and survive knowing their children are in the right place too.”

Through donations and grants, the Langevins are raising $1.75 million, with the goal of innovating next year. But the wheels of government are moving slowly, and the project requires approval from multiple state departments, including the Department of Disabilities, Aging, and Independent Living; Department of Mental Health, Department of Children and Families; and the Vermont Department of Health Access.

Until the end of the 20th century, society separated people with intellectual disabilities, hiding them behind brick walls. Vermont’s current policies were established in response to the state’s dark past and are now rooted in respect and dignity for those who have been historically dehumanized. And it is these policies that could jeopardize the plans of the Langevins.

Some former residents of the Brandon Training School fondly recall their experience there while many others reflect on the flaws. Founded as the Vermont State School for Debilitated Children in 1915, the public institution once housed over 600 people and served a total of over 1,300 men, women and children. The closing of the school in 1993 was proof of a paradigm shift in this philosophy.

In 1996, Vermont lawmakers passed landmark legislation. Today, three decades after the Developmental Disabilities Act came into effect, officials strongly argue that institutionalization is an archaic and damaging approach. Commissioner of the Department of Disabilities, Aging and Independent Living, Monica White, said community care was one of the key lessons learned. “People with developmental or other disabilities are a valuable and essential part of the heart of communities in Vermont,” she said.

White says that because of the law, Vermont now offers a variety of in-home family supports and community services for children. “The menu is extensive and tailored to the needs of every child and family, and overall it has been extraordinarily successful over the past three decades.”

By codifying inclusion and integration, institutions for children are prohibited. The provision reads, inter alia, as follows: “Children, regardless of the severity of their disability, need families and lasting relationships with adults in a nurturing family environment. The quality of life of children with developmental disabilities, their families and their communities is improved by caring for children in their own homes.

White says she cannot disclose exactly how many children are currently receiving out-of-state residential care, but the number is less than 11. “These out-of-state placements that are happening are usually very targeted, of very short duration. For longer term stabilization in the community – here in Vermont,” she said.

Does the Langevin proposal therefore deviate from this law? “A facility like this does not appear to conform to current Vermont principles for developmental services,” White said. But she notes that the ministry has not yet received a formal proposal to officially make this decision.

“That should be an exception to the normal rule,” said former DCF commissioner Ken Schatz. But it is an exception, he says, that must be made. During his 6-year tenure, Schatz facilitated some of these out-of-state placements, which often involved children in abusive situations because their parents struggled to care for them.

Journalist Christina Guessferd: As a former state official, can you say with certainty that this is a significant and serious flaw in the state system?

Ken Schatz: I believe so.

Forced by the Langevins’ story, Schatz joined the board of directors of Building Hope for Children. He agrees that the state should prioritize home and community services, but that there are exceptions. “There are a small number of kids like Henry who really need more,” he said. Schatz says the nonprofit’s concept illustrates the stark differences between Brandon’s prison training school and the Langevins’ ambitious vision.

If the state does not allow the project, social worker and state representative Tanya Vyhovsky, D-Essex, pledges to plead before the Statehouse during the next legislative session to turn their plans into reality. “The lives of each of these children matter, and even though these are three children who would otherwise be out of state, these three children deserve to be in their home state surrounded by people who love them” , she said. “A lot of times we get really stuck, kind of stuck in ‘That’s politics, that’s how it is’, not thinking ‘Well, why is that so, and are there ways in which we need to change to better meet people’s needs? There is no one-size-fits-all solution.”

The Langevins lead this charge to change the state system. “I hope for families like us that I can provide a service and a model that Vermont could adopt,” Leslie said.

The Legislature last session approved Bill 186. It creates the position of Residential Program Developer, who is responsible for expanding housing options and residential services. The law also creates a pilot program that will provide grants to three entities planning to build collective housing for people with developmental disabilities. Anyone can submit a proposal, including the Langevins. But DAIL Commissioner White says she thinks the legislation is for adult care, not children. However, the language of the law does not specify this, so the parameters are to be interpreted.

How a Vermont family fights to help children with developmental disabilities