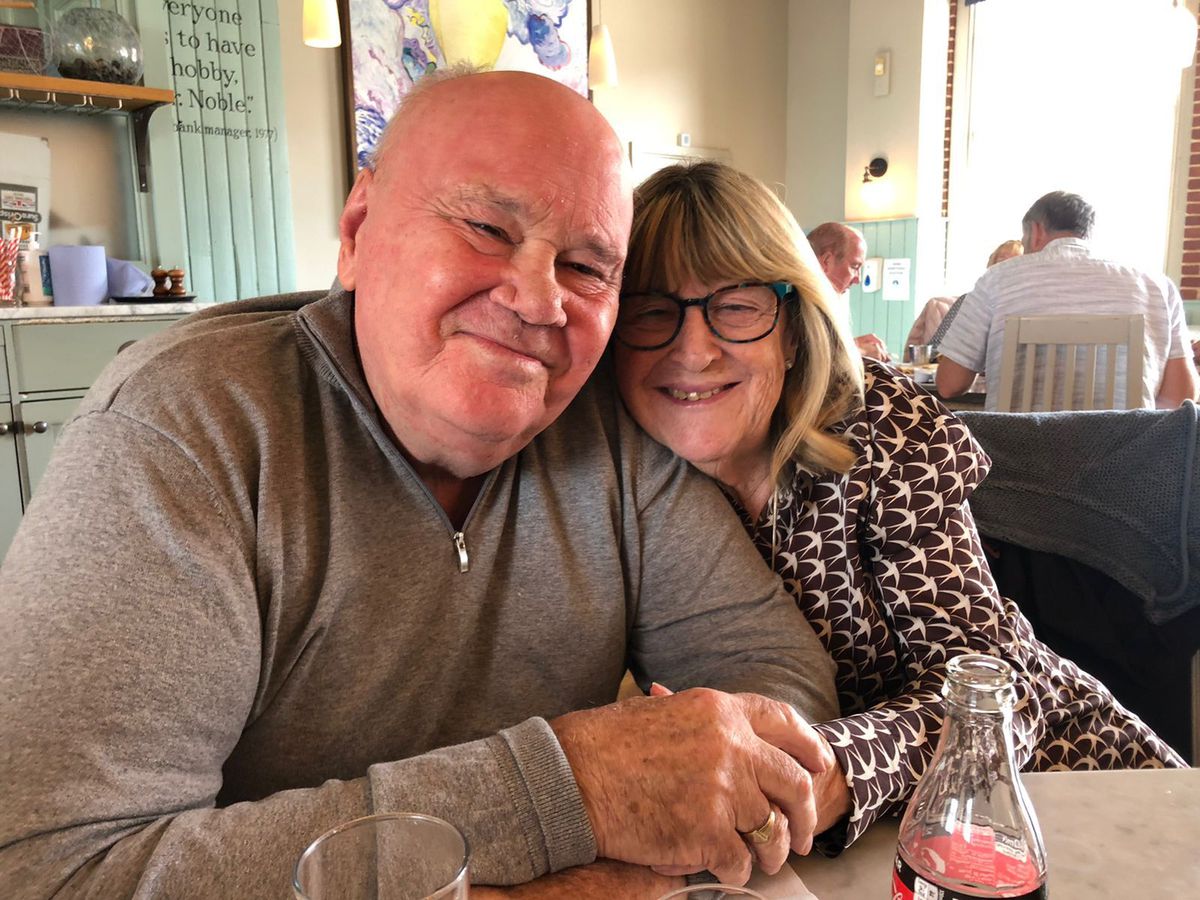 When Nick Wainwright, 71, a grandfather from Hayling Island in Hampshire, started acting differently in January 2021, doctors attributed it to depression after his son died in March 2020.

Three days later Nick’s symptoms worsened and he lost the ability to walk and his worried wife, Janet, 70, a part-time receptionist at a medical practice, took him to Queen Elizabeth Hospital in Cosham and a CT scan showed growth on Nick. brain.

Days later, a full body scan revealed the devastating news that the cancer was more advanced and further lesions were discovered on his brain, as well as his liver and lungs.

Nick’s daughter Ali Houghton, 46, a financial assistant at AF Blakemore and Son in Wolverhampton, said: “When dad called us with the terrible news I knew it was not good.

“Before he went to the hospital, it was as if he was dying before our eyes.”

A biopsy of his main brain tumor dubbed “Donald Lump” revealed that Nick had brain metastases which often originate outside the central nervous system near the brain and spinal cord.

Nick had five consecutive days of intensive radiotherapy, but in May an MRI revealed further growths on his liver, lungs and brain.

He returned home to be with his family and died on October 31, 202, just ten months after being diagnosed.

Ali said, “You don’t know what people are going through until it happens to the people closest to you, dad fought so hard.”

Determined to use her grief to support other families, Ali and her colleagues at AF Blakemore and Son participated in a three-day fundraiser as part of Brain Tumor Research’s Wear A Hat Day on March 25.

Ali said: “When I found out that brain cancer received so little government funding, I felt compelled to do something.

“If our fundraising and awareness can help at least one family, it will help to know that Dad did not die in vain.”

The group’s efforts raised around £1050, with more money to come and to be matched by Blakemore.

Now in its 13th year, Wear A Hat Day has raised over £2million for brain tumor research to help fund the fight against the disease.

“We are grateful to Ali and family for sharing Nick’s story and for participating in Wear A Hat Day to help us find a cure for this terrible disease.

“Nick’s diagnosis reminds us that brain tumors are blind and can strike anyone at any time.”

He also campaigns for the government and major cancer charities to invest more in brain tumor research to speed up new treatments for patients and ultimately find a cure.

The charity is driving the call for a national annual spend of £35million to improve survival rates and patient outcomes in line with other cancers such as breast cancer and leukemia and is also campaigning for greater drug reuse.