Harvard, meet the locals of Allston-Brighton 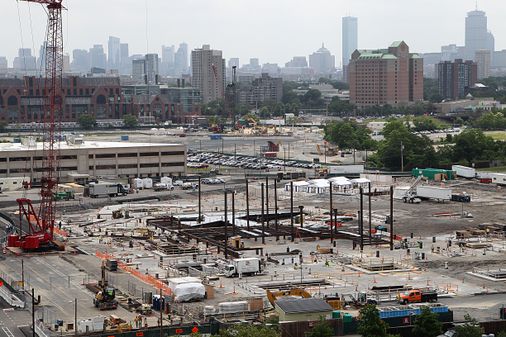 Re “‘We don’t want another seaport here’: Coalition of community groups push for more public comment on Allston’s Harvard development plans” by Jon Chesto (Business, March 16): In As a longtime New Yorker who has seen similar large-scale expansions of Columbia University and New York University, despite the objections of neighborhood residents, of course, the expansion has had to sense for Harvard, especially when it will produce significant profits. But you don’t have to be a Harvard Medical School graduate with a major in ophthalmology to realize that if you squint, anything can make sense.

Allston-Brighton residents don’t have to squint to see Harvard’s future corporate research campus as a clear example of the world’s wealthiest university (and nonprofit committed to social justice) operating as a for-profit corporation with no regard for its neighbours.

Get an opinion todayThe essentials of Globe Opinion, delivered to your home from Sunday to Friday.

I have respect for Harvard University, where my daughter did her undergraduate studies. As a longtime resident of Brighton, however, I have reservations about the university because Harvard behaves like a corporation rather than a not-for-profit institution.

I have seen too many displaced workers, considering our severe housing crisis. My adult children may never be able to buy a house in Allston-Brighton. Harvard contributes to this crisis through its inability to adequately house its graduate students and through its land acquisitions, including its secret purchase of more than 50 acres in Allston in the 1990s.

The proposed corporate research campus represents a profit-generating boon for Harvard and its development partner, Tishman Speyer. I believe that rather than creating an equitable community, the site will replicate the inequalities of Boston’s Seaport District, including the lack of affordable housing.

I write with sadness, not with anger. A community I love, which welcomed generations of new immigrants and where workers could thrive, is now at a crossroads. Therefore, I stand in solidarity with the other members of the Coalition for a Just Allston-Brighton.

As someone who studies how the media covers social movements, I enjoyed Jon Chesto’s story. Chesto, a savvy student of Boston development, grasps the importance of the more than 30 organizations establishing the Coalition for a Just Allston-Brighton.

I am impressed that in just eight months this coalition has successfully worked with state and city officials, city planners and grassroots groups to forge a comprehensive development proposal for Allston-Brighton, an achievement that has eluded administrations previous municipal and Harvard. for decades.

Currently, it looks like a sales team at Harvard’s real estate office is making this up as they go. Harvard memo: Consult relevant Kennedy School or Design School professors; consult with strategic thinkers at the Allston-based Business School. These experts might suggest that the emergence of a broad coalition represents an opportunity and not a threat.

The author is professor emeritus of sociology at the University of Massachusetts Lowell and graduated from Harvard in 1971.