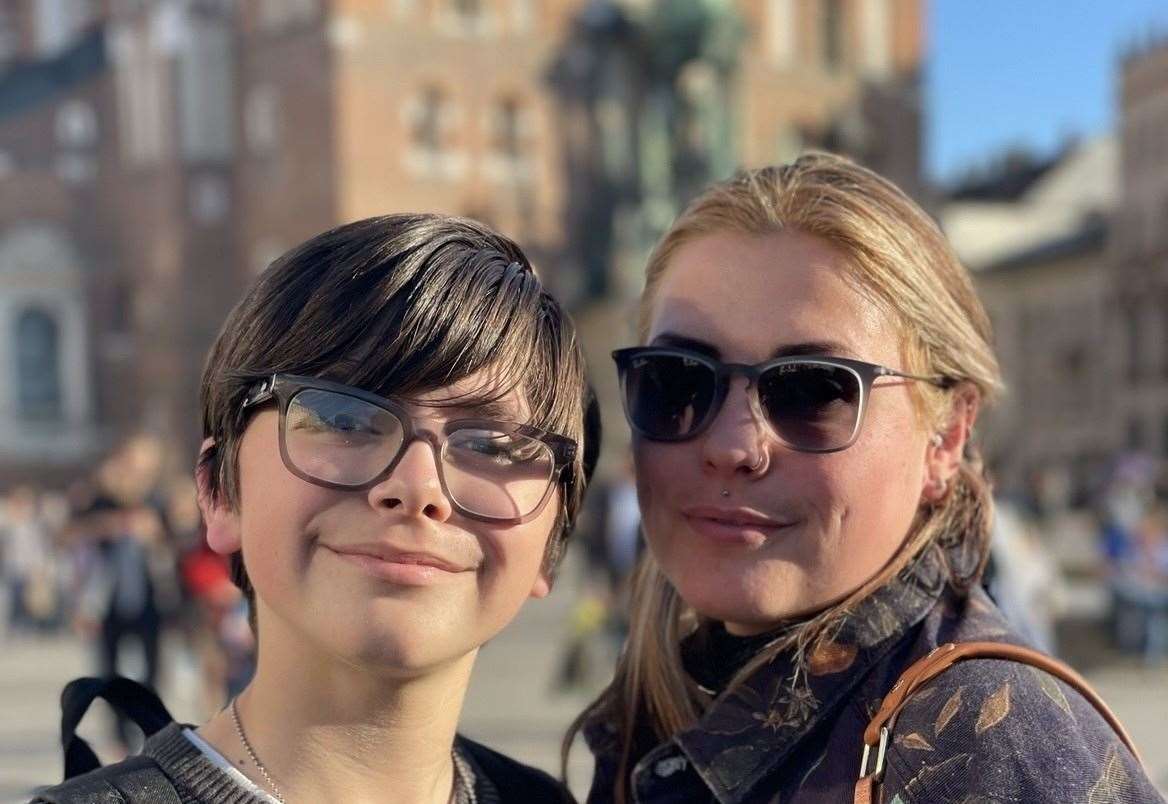 A mother has completed a walk from Grantham to Skegness in aid of a cancer charity.

Leanne Fisher, 31, traveled 65 miles from her home town of Grantham to Skegness Clock Tower over the weekend to raise money for Marie Curie.

Leaving on Saturday morning, Leanne walked for a total of 22 hours over three days, stopping in Sleaford and Boston on the way to the coast.

Leanne’s 14-year-old son, Tyler, a pupil at Priory Ruskin Academy, joined his mother on the first day as the couple walked 13 miles to Sleaford.

Leanne completed the 32-mile trek to Boston on her own on Sunday, before being joined by partner Danny Charles, 36, for the final 20-mile stretch to Skegness.

Leanne said: “What a crazy three days. Can’t believe it’s over. Day one Tyler and I set off for Sleaford, it was about 13 miles away.

“The second day I did it by myself. I walked 32 miles to Boston. It was a tough day walking through tall, thick grass and prairie with soaked feet.”

Leanne is a store manager at Grantham Superdrug and had intended to meet the Boston team on Sunday, but unfortunately didn’t make it in time.

She continued: “I was so worried that I couldn’t finish but I finally got to Boston but I was late so I didn’t get to meet the Boston Superdrug team but I’m there anyway. arrival.

“[It was] about nine hours in total to get there. On the last day my partner Danny joined me on the final 20 mile stretch to get to Skegness, passing through all the little villages, but we made it!

“We arrived around 3pm, met the Superdrug team and had a well deserved fish and chips.

“I’ve never done anything like this before. I didn’t train at all, I just didn’t have time, but I’m proud of what we did.

“My family hasn’t had a history of cancer loss, but my partner’s family does and some of them I haven’t had the honor of meeting – Gary, Gail, Dora but some of them I’ve met – Dennis – his family is like mine and it’s rewarding to try to give back.

“I’m just a bachelor, I can’t change the world, but at least I can say I did something.”

Danny said: “The walk was very difficult but Leanne broke it.”

Leanne will be collecting donations until midnight tonight (Tuesday) at www.gofundme.com/f/charity-walk-to-skegness.

Alternatively, there are still collection boxes at Grantham Superdrug. £470 has so far been raised.