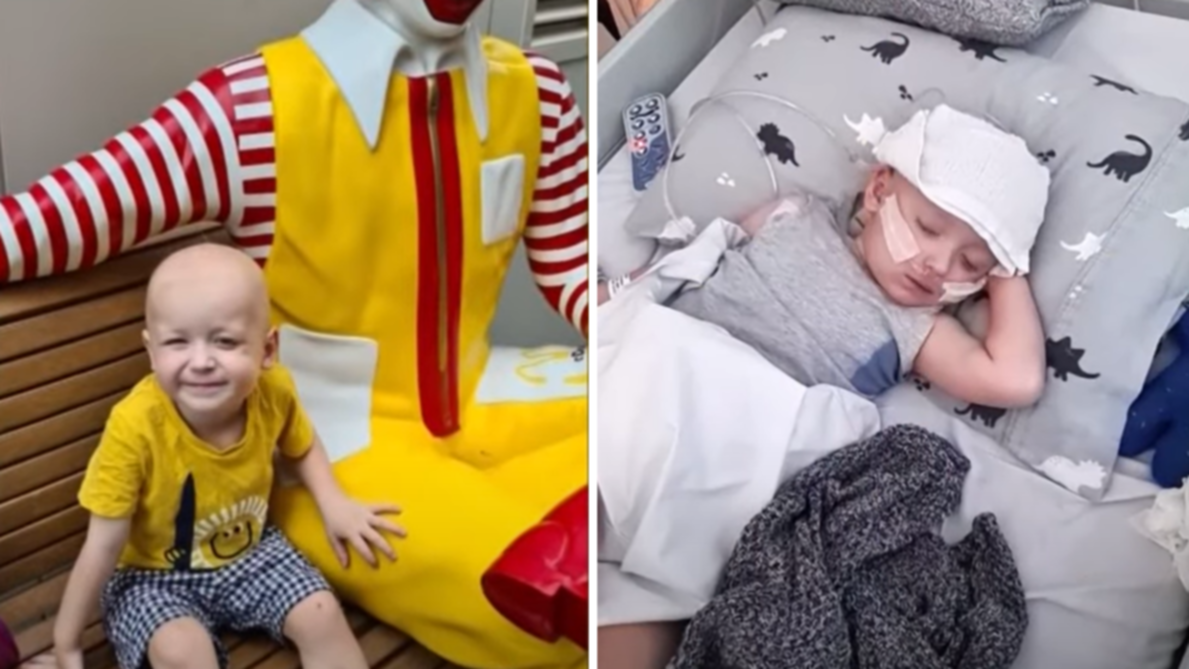 A Gold Coast family shares their fight and helps raise awareness after their son was diagnosed with a rare form of cancer at just 17 months old.

Mason Garnar has endured several bouts of chemotherapy, with his family spending the past Christmas, Easter and birthdays in hospital.

Watch more in the video above

Mason, now five, has spent a total of 260 nights at Ronald McDonald House in south Brisbane, and says he spent so much time there that he now knows all the “secret hideouts”.

Now, as Mason continues to undergo treatment, his parents say they want to help give back to the charity to help ensure other families going through this harrowing journey are supported.

Mason’s mother, Alex Garnar, said 7NEWS their family were extremely grateful to the charity, which supported them financially and emotionally through some of their darkest days.

“We are always greeted by happy, friendly faces,” she said.

“And that just means we can focus on improving our kids.”

Alex and his family help raise money for the Ronald McDonald House Foundation by participating in the Brisbane to Bridge race.

They are calling on other Queenslanders to join in to raise vital funds for the charity, which Alex says is crucial for parents going through similar battles.

“If we didn’t have this service, many children would be deprived of medical care because it would cost too much,” she said.

So far, the eventwhich takes place at the end of August, has raised more than $1.7 million for the charity.

Diphtheria has been detected in Australia for the first time in 30 years – should you be worried?