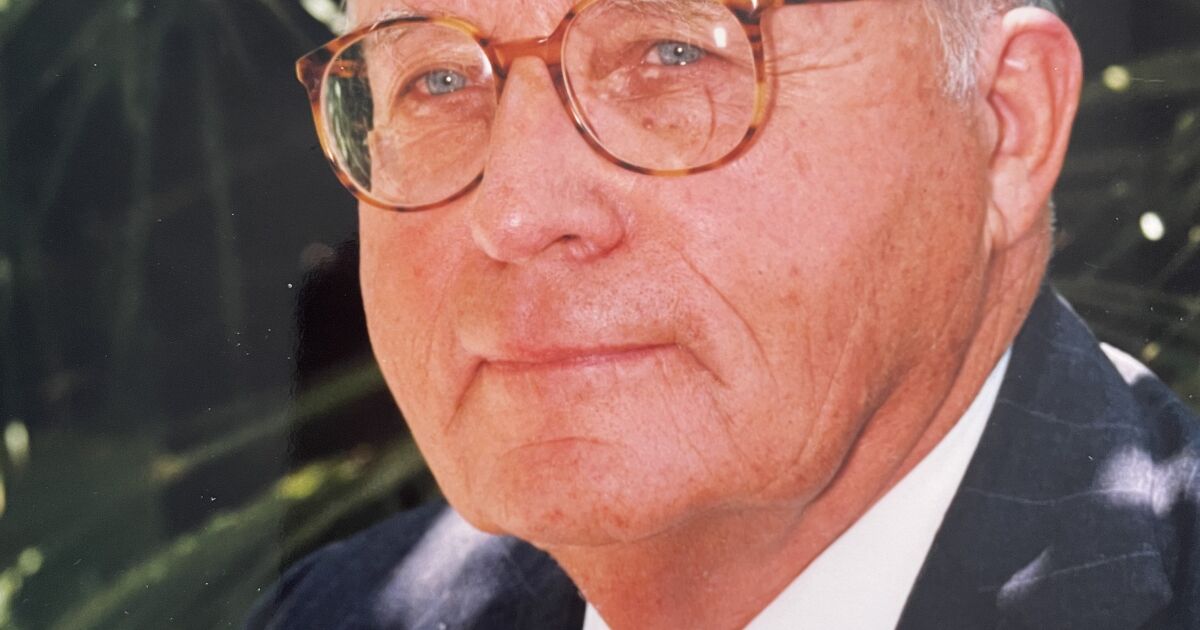 “He was the best administrator I’ve ever worked for,” said retired zoo executive director Chuck Bieler. “When you were in trouble, he was like, ‘OK, let’s fix this. “”

“He was a man of integrity and a real gentleman,” said Bill Gabrielson, a longtime employee who took over from Trepte a few years after the family turned the company over to senior executives in 1983.

And because he served on so many civic councils, he “dressed like a banker,” even when visiting construction sites, in case he had to rush for a meeting, Gabrielson said.

However, Paul Muzzy, who runs the Trepte Investment company and its commercial real estate portfolio, said Trepte insisted that employees call him by his first name: “Forget the Mr. T stuff,” he said.

But Trepte’s passion was sailing, a sport he started at age 7 and continued in big boat regattas. His victories were regularly noted in the sports pages.

As a former commodore of the San Diego Yacht Club, Trepte helped organize America’s Cup races in the 1980s and 1990s.

Five years later he married the former Celeste Mockenhaupt in 1953 and lived in Point Loma. They had three daughters, one of whom, Christine McGregor, joined the business in the 1980s and currently oversees some of the family’s investment properties.

“Until the end, the guy’s mind was sharp as nails,” McGregor said.

He professionalized the company, brought in outside architects, introduced computers before many other competitors, and capitalized on his social and business connections to compete for construction contracts.

“I wanted to give back to the city that has done so much for my family,” he wrote in his 2014 memoir, “Looking Up.”

“It turned out that a lot of business came from these associations – not always directly, but somehow,” he said.

Sportingly, he worked with Robert Breitbard to secure funding and finalize plans before completing it in 1966.

“People in the sports arena were eager to see something come out of the ground,” he wrote. But his grandfather’s meticulous attention to detail in his carpentry shop “taught me a kind of patience for the planning process.”

Now that plans are moving forward to replace the arena, it won’t be the first Trepte project to be torn down or about to bite the dust. They include the department store in downtown Marston, the County Courthouse and State Office Building, as well as the Sixth Avenue Medical Center, now The Park condo tower by the same developer recently chosen to replace the arena sporty with a new facility and new accommodations.

Arsonists set fire to two projects built in Trepte in 1984 – the Old Globe Theater festival stage, three years after Trepte completed the replacement of the main stage lost in arson in 1978, and The Landing condominium project in Coronado .

“At home in Point Loma one evening, enjoying the retreat, I noticed smoke coming from the waterfront in Coronado,” he recounted in his book. “Poor gun son doesn’t even have control (under control)…I was the poor gun son!”

He rebuilt both until their completion.

Before succeeding his father, Trepte also participated in the Harlan Dam in Lincoln, Neb., in 1952, and the Trinity Dam in Lewiston, 1956; numerous road and bridge projects, such as the 54th Street Viaduct over State Route 94 in 1954; and the Catamaran and Islandia hotels in Mission Bay, 1958 and 1961, respectively.

At the University of San Diego, where he was a longtime administrator, former president Mary Lyons recalled Trepte’s gift of a major flagpole at the entrance.

“It was a great gift (among many others) and it made a big difference for us,” she said, adding that he also enjoyed following Torrero’s football team from college. .

At the zoo, where he served as a trustee and chairman of the board for more than 48 years, Trepte championed the construction of what is now San Diego Safari Park, while trying to follow the ambitions of zoo director Charles Schroeder. to make it more than just an animal. potting soil.

“You were always pulling the reins,” he said, according to Lynda Rutledge Stephenson in her two-volume History of the Zoo.

Trepte had been a member of the largest Rotary club in San Diego since 1951 and served as president in 1979-80; Board of directors of San Diego Trust & Savings Bank from 1972 until its sale to First Interstate Bank in 1994; the board of the San Diego Yacht Club, where he served as commodore in 1961 and built a new clubhouse in 1963; the Old Globe tray; and an active promoter of the construction of the San Diego Automotive Museum in what was originally the California State Building in the Palisades area of ​​Balboa Park.

When two of Trepte’s daughters moved to the Midwest, the couple bought a cabin on Lake Geneva in Wisconsin, and on summer visits Trepte cruised with her grandchildren. He also enjoyed gardening with his wife, attending flower shows here and abroad.

Trepte is survived by his three daughters, Ann Porter of Chicago, Dana Porter of Lake Geneva, Wisconsin, and Christine McGregor of San Diego; nine grandchildren and seven great-grandchildren; and her sister, Gretchen Trepte Allen of La Jolla. His 61-year-old wife, Celeste, predeceased him in 2014. In lieu of flowers, his family suggests donations in his memory to the San Diego Foundation’s Balboa Park Fund or the University of San Diego Scholarship Fund. No service is planned at this time.