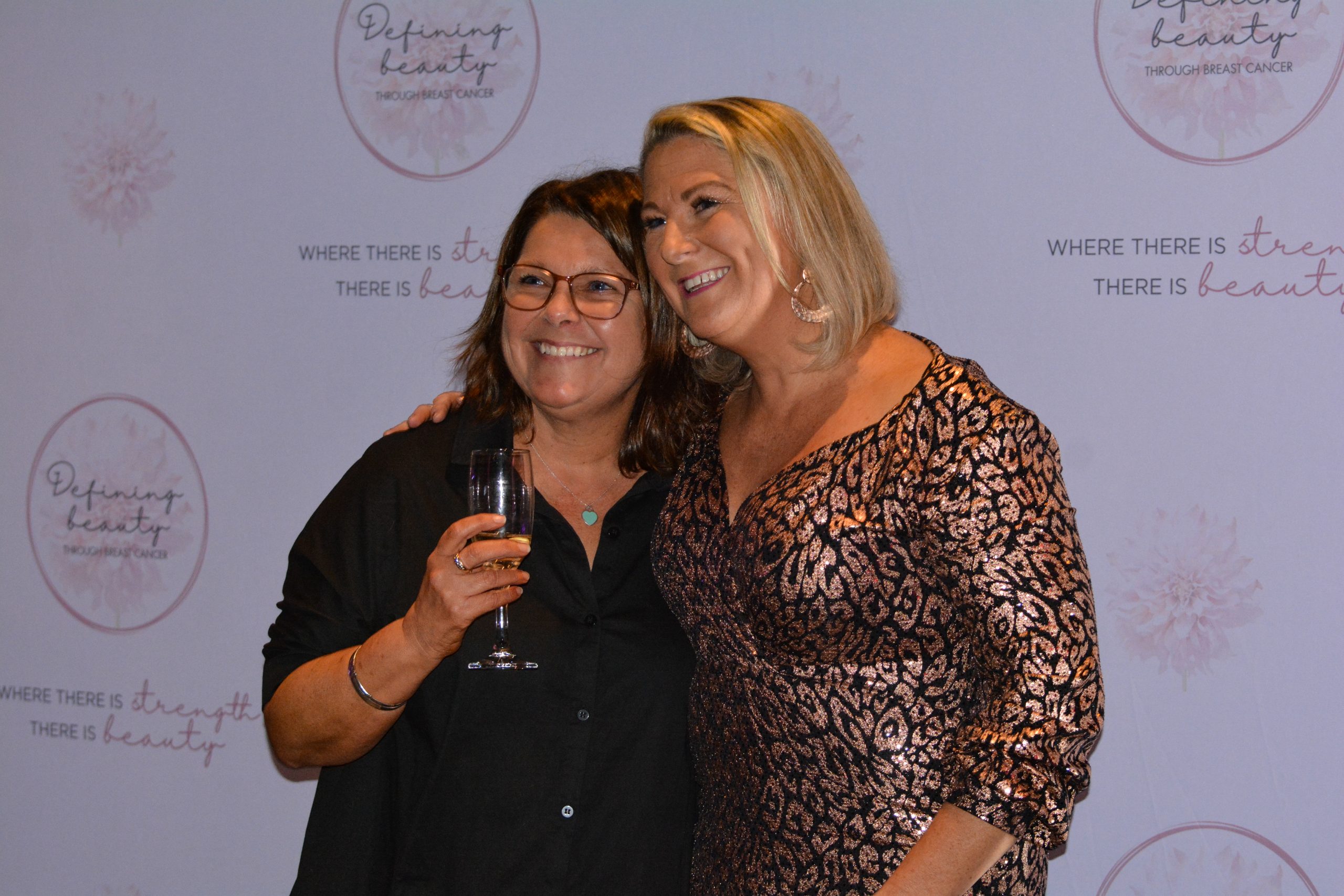 Nearly 200 Saleites dressed in their best for the local non-profit Defining Beauty Through Breast Cancer’s Black or Bling charity night at Portside Food + Wine on Saturday September 3 to raise funds for their new Boozom Buddies programme.

There were sequins, and there were sparkles and balloons all around. There was a DJ, and there was a dance floor, cocktails and more; it was Port like you’ve never seen before.

The Sale local was diagnosed with breast cancer at age 26, one of the youngest diagnoses her doctors had seen at the time.

After surgery, chemotherapy and radiotherapy, Jo won the battle with her breasts; delivery.

Seventeen years later, the malevolent cancer was back and at 42, Jo stepped back onto the battlefield, forced to fight once more, this time with her husband Doug and her two little girls, Ella and Charlotte. , by his side.

It turns out that Jo’s cousin Lisa Conn, also from Sale, was in her own battle with breast cancer and all the nasties that come with it.

“It attacks your hair, your skin, your breasts, your fertility, everything that makes you a woman,” Jo told the dazzling crowd.

Shortly after her cancer relapsed and while Jo was still living in Melbourne, Lisa was scheduled for a girls’ night out, a getaway in the big smoke.

Jo wouldn’t have it when she got a call from Lisa saying she didn’t want to go, that she was feeling the breast cancer blues, and after offering a healing session, her cousin was standing on her porch a few hours later.

“I remember she came to the front door, and in typical Lisa style, she announced, ‘So what can you do with that? “Jo said.

“After hours of moisturisers, makeup and tizzies, I took her to the mirror and in typical Lisa style she exclaimed, ‘I’m beautiful!’

“What a change from when she arrived to literally jump down the aisle and kick as she left.

“Lisa was always beautiful to me, no matter what she looked like, but I realized that wasn’t how I made her; that was how I made her feel, and that’s when Defining Beauty was born.

After Jo shared her story with the 160 Black or Bling guests, special guest speaker Sale Breast Care Nurse Deanne Russo addressed the group, highlighting Jo’s message about women who need to check their boobs and spread the word about her services.

Black or Bling has been such a hit that Jo is already working on making it an annual event.

“It was such a fantastic night,” she said.

“We will definitely have him again next year.

“It was really such a success

“The bar staff were fantastic and had a great time.

“It’s horrible, but young women between the ages of 25 and 30 are being diagnosed all the time.”

Jo is now collaborating with Trish Thompson of the Gippsland Primary Health Network for more support services for those battling cancer.