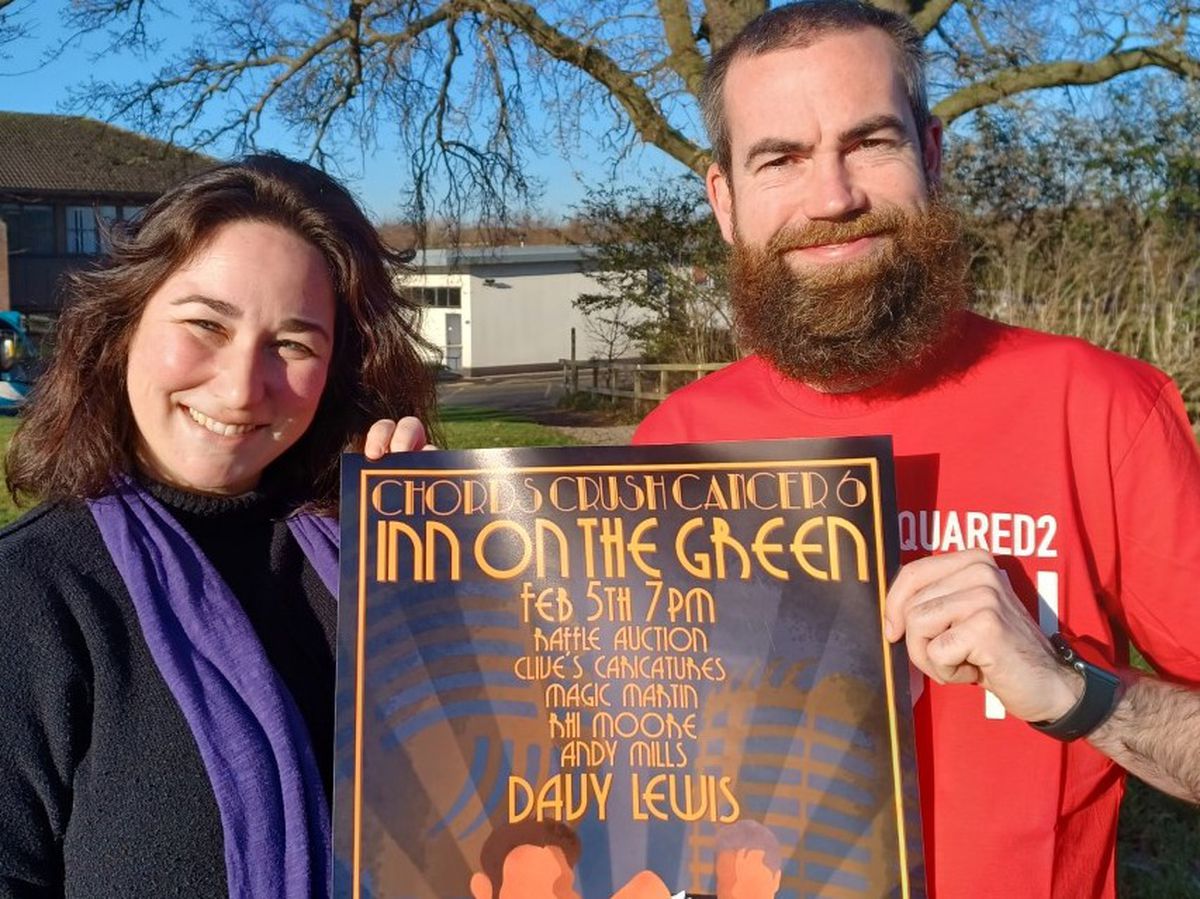 Chords Crush Cancer (CCC) was established in 2016 and offers an evening of musical entertainment.

Postponed due to the pandemic, it returns for its sixth outing on Saturday February 5 and organizers have pulled out all the stops to reach a £15,000 figure for the Lingen Davies Cancer Fund.

Sadly, Margaret died after the second event, but he continued to fundraise in her honor.

The figure raised now stands at £10,500 raised for Lingen Davies, which supports cancer patients and their families living in the community of Shropshire and Mid-Wales.

Chords Crush Cancer will be held at the Inn on the Green in Radbrook, Shrewsbury, from 7pm on February 5, and will feature live music from Rhi Moore, Andy Mills and Davy Lewis, as well as a cartoonist and a close-up magician.

There will also be a raffle and auction including prizes for a Camp Bestival weekend camping ticket, a Cazoo, Ooni pizza oven, tickets to iFLy, Shropshire festival events, a meal at Beefy Boys, entry to Shrewsbury Prison, offers from the town of Shrewsbury Football Club, Lets Rock Shrewsbury, and more.

Mark said he and his family decided to continue raising money for the Lingen Davies Cancer Fund in memory of his mother because of the care she received from staff at the cancer center based at the Royal Shrewsbury Hospital.

He said: ‘Mum attended the first two events before she passed, we all wanted to continue fundraising in her memory and I’m so happy with what we achieved.

“Chords Crush Cancer brings together a lot of musical talent and so far we have raised £10,500 for Lingen Davies. We are working hard this year to hit the £15,000 mark.

Anna Williams, communications and fundraising manager for the charity, said: “What Mark and his team have created with Chords Crush Cancer is such a wonderful legacy for his mother.

“We are so proud and honored that he continues to work hard to create a fabulous event for everyone which will have huge benefits for cancer patients at the Royal Shrewsbury Hospital and throughout the community of Shropshire and Mid- Welsh.”