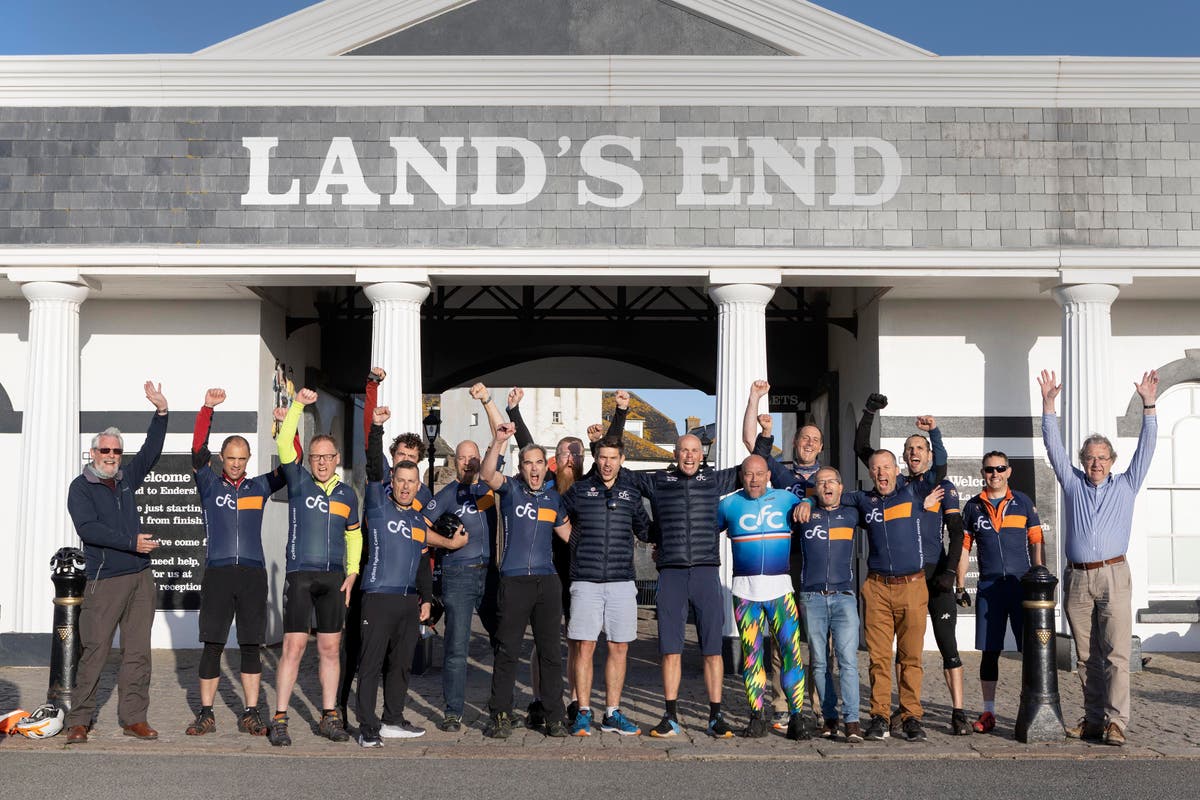 A group of college friends have broken the record to cycle around the UK on a conference bike and raised thousands of pounds for cancer charity.

The team, dubbed the ‘Magnificent Seven’, rode from John O’Groats to Land’s End on a seven-seater bike and completed the challenge in just five days and 21 hours.

Two core teams of riders set off on Sunday, May 22 and cycled in shifts throughout the day and night on the 200 kg (441 lb) seven-seater bike, completing the challenge on May 28.

The group have also raised more than £18,000 for Cyclists Fighting Cancer, a national children’s charity which provides lightweight bikes, tandems and suitable tricycles.

The previous Guinness World Record for the same route traveled on a conference bike was set in 2010, by a team of 194 people taking over 28 days.

Magnificent Seven Team Member Colin Bolton said: “Although most of the team are experienced pilots, it took a lot of mental and physical energy to keep going, especially during the night.

“The generous donations and truly inspiring work that Cyclists Fighting Cancer does to support children and families living with cancer has kept us riding until the very end.”

Fellow team member Jeff Kapp, who was diagnosed with Hodgkin’s lymphoma in 2008, said raising money for a cancer charity was the ‘natural thing to do’ as he had done some cycling throughout his treatment.

“As a former elite cyclist, there was no way I was going to follow stock advice ‘rest and relax,'” Mr Kapp said.

“I continued to ride throughout my cancer treatment and I’m confident I got through the other side in a much better way through exercise.

“Cancer is tough on adults, but so much tougher on kids, so supporting (Cyclists Fighting Cancer) was a natural thing for me to do.”

– For more information and to donate, visit https://www.justgiving.com/fundraising/JOGLEbyConferenceBike