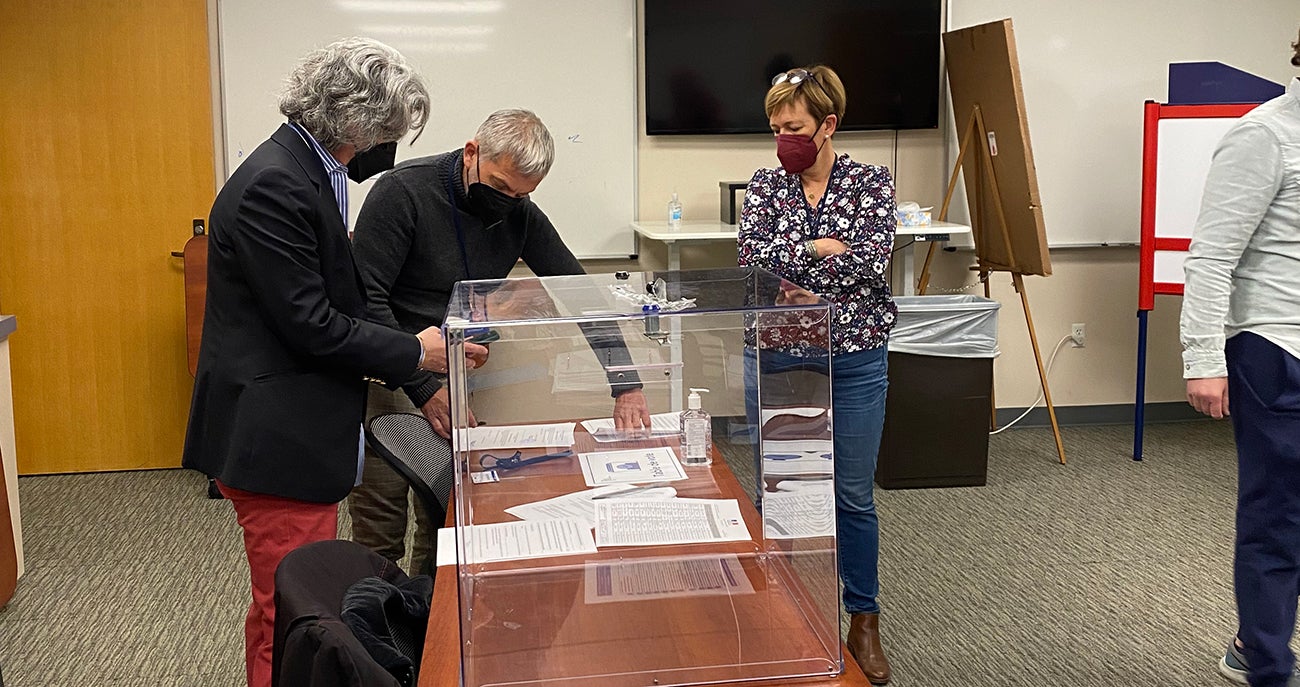 According to the 2000 US Census, 38,200 French Americans live in Idaho. Where and how do French citizens residing abroad vote in French presidential elections?

While American cities with large populations of French citizens have consulates where citizens go to vote, cities and even states with small populations of French Americans, such as Idaho, have what are called honorary French consuls. Hortense Saget, a French lecturer in the Department of World Languages, is volunteering as Honorary Consul of France from Idaho. The Honorary Consul provides French citizens with liaison and representation to the French Consul as well as notary and passport services, communications and election assistance.

In France, citizens vote directly for the candidate they want. Direct representation differs from the US presidential election process with the Electoral College. French elections have two rounds of voting. The first ballot, among the candidates of each party, determines the first two candidates who then present themselves in the second ballot. To win an election in France, a candidate must collect 51% of the vote.

French citizens from Idaho, Wyoming and Montana must travel to Salt Lake City to vote at the French Consulate. Honorary consuls like Saget, who served as an assessor for this election, volunteered to organize the elections.

“It takes a great sense of citizenship to come to Salt Lake City to vote. Unfortunately, not everyone can do this for work, professional or financial reasons,” says Saget. She explains that French citizens can vote by proxy, known as a proxy, essentially appointing someone to vote for you. “Obviously it has to be a trusted friend or someone you know will vote based on your preferences.”

“I was going to go vote anyway, so I said I could help. I’m curious about the process of the election, so I think it will be very interesting to see how it all works and what it takes to organize it,” adds Saget. “And also to meet French people that I have not yet met. It is an important moment for the elections with the conflict in Ukraine and all that is happening in Europe. I guess it’s kind of my duty.

Saget traveled to Salt Lake City for the first ballot on April 10 among 12 candidates. Saget will return there to attend the second round of elections between the outgoing Emmanuel Macron and Marine Le Pen.