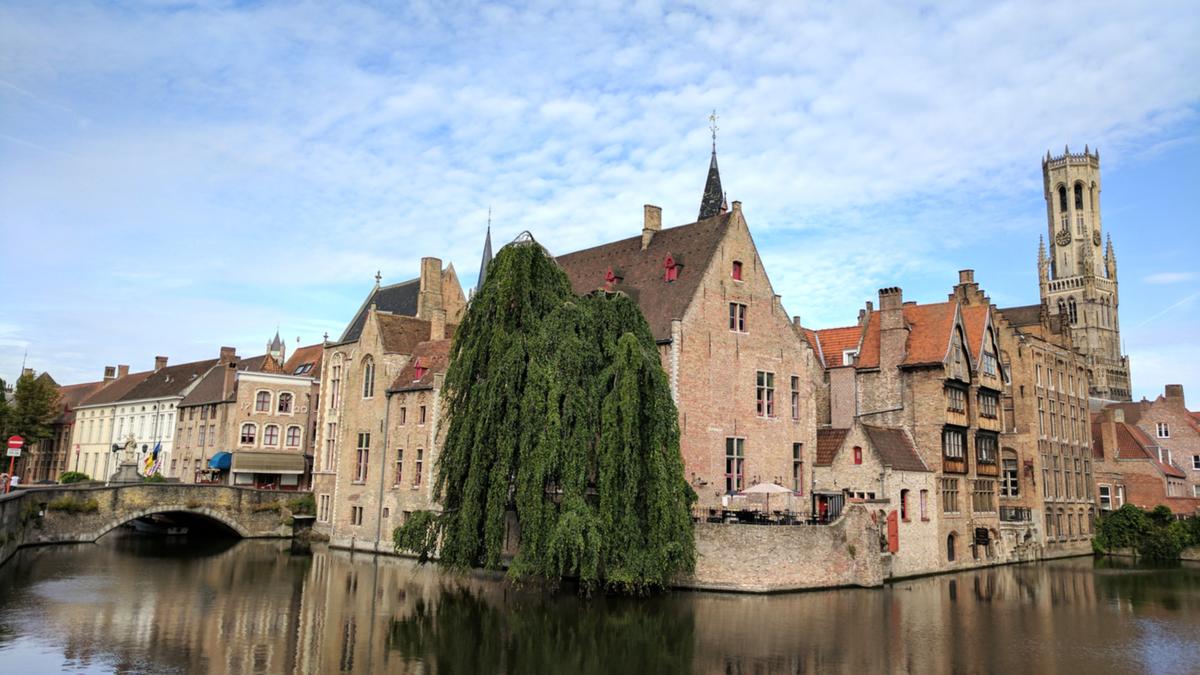 Once a thriving medieval port and an economic powerhouse due to its tidal arm, Bruges is still known as the Venice of the North.

And so I walk among its many canals, on little stone bridges, across the town square, through or past churches, galleries, museums, gardens and large municipal buildings, and up to some of the rare windmills in the city.

I look up at the Belfry of Bruges, or Belfort van Brugge, which at 83 m dominates the roofs of the city, raising its carillon of 47 bells to the sky.

I admire the elegant interior of St. Anne’s Church – which locals have apparently dubbed “the living room”. I marvel at the St-Sauveur Cathedral, whose construction overlapped the Romanesque and Gothic periods. I visit Old St John’s Hospital.

But one thing I don’t expect to find, in the Groenigemuseum in Bruges, this great temple of Flemish and Belgian art through the centuries, is a permanent exhibition of works by an obscure Welsh artist.

And yet, in the 18th-century Arentshuis, the elegant annex of the museum, is such an exhibit, showcasing the furniture, paintings and prints of the prolific protean artist, printmaker and interior designer Sir Frank William Brangwyn (1867- 1956).

The presence of these beautiful objects in Bruges is however easy to explain.

Brangwyn’s father was Welsh architect and designer from Bruges William Brangwyn. Although the family did not leave for London until a few years after Frank was born, Frank’s affection for the city never left him and a few decades later he donated many of his works. to his hometown. They are the ones who make up the Arentshuis collection.

But he was particularly influenced by his associations and his trips to other countries.

Not only did he have close ties to the Vienna Art Nouveau and Secessionist movements in France and Austria respectively; he spent time in places like Spain, Morocco, Egypt and Turkey.

And so, wandering through these intimate spaces, here in Bruges, among Brangwyn’s paintings and prints, the furniture and textiles, even the display cases with some of his smaller works designed by him, I feel like I’m walking through the world in microcosm.