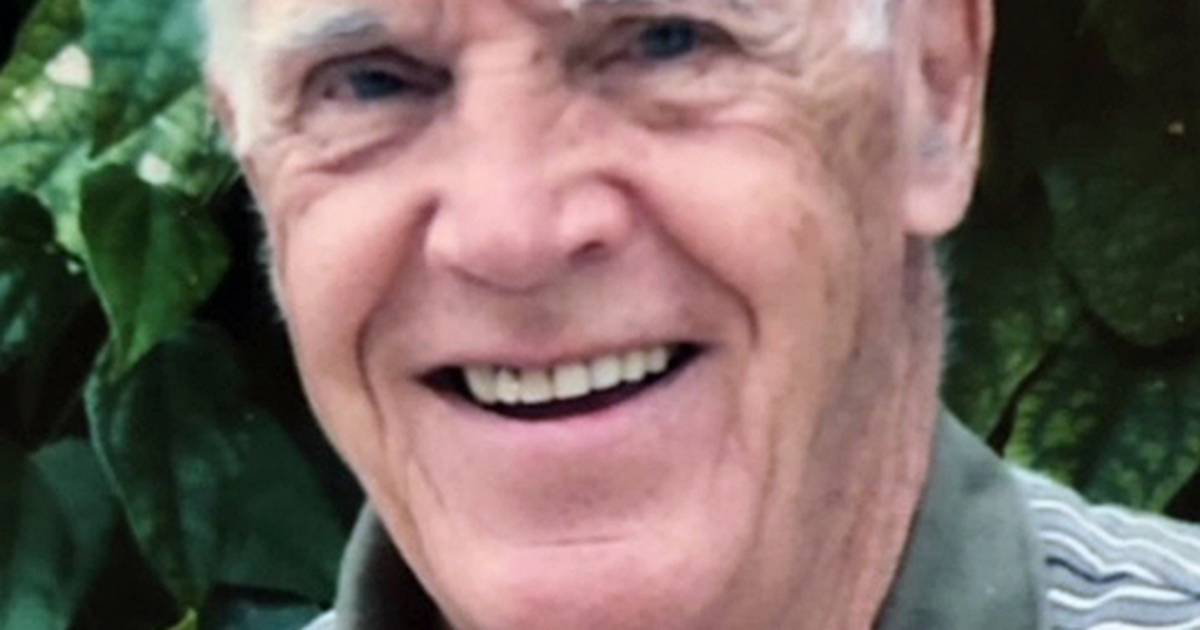 Francis J. Meagher, a retired attorney and partner in a general practice law firm, died of complications from dementia May 3 at Stella Maris Hospice in Timonium. He was 94 years old and lived in Homeland for many years.

Born in Baltimore and raised on Ailsa Avenue in Lauraville-Hamilton, he was the son of Joseph Starr Meagher, a post office administrator, and Dorothea E. Lutz, a homemaker. He attended St. Dominic’s School and graduated in 1945 from Loyola High School, now Loyola Blakefield, where he played football and wrestled.

Shortly after enrolling at what is now Loyola University of Maryland, he left school and joined the military. He was trained to be a paratrooper and played soccer on an army team.

Mr. Meagher befriended his future professional associates while playing sports at Loyola. His wrestling coach was Philip H. Goodman, who would become mayor of Baltimore. Mr. Goodman then invited Mr. Meagher to join his law firm, along with fellow Loyola wrestler Jack Enoch.

After leaving the military, Mr. Meagher used his GI Bill benefits to complete his bachelor’s degree at Loyola and later graduated from Georgetown Law School.

Bob Lanier, the left-handed big man who muscled alongside Kareem Abdul-Jabbar as one of the best NBA players of the 1970s, died on May 10, 2022. He was 73. (Josh Reynolds/AP)

“I was living on 28th Street in Barclay then, and my friends were like, ‘Wait until Franny Meagher comes home from the army,'” she said.

They met and married on Memorial Day 1950.

At the start of their marriage, they lived on Saint Paul Street near Pennsylvania Station.

“It allowed them to move quickly – my dad to Georgetown Law School and my mom to work as a medical technician at the Maryland Women’s Hospital. [in Bolton Hill]said their son, Brendan A. Meagher. “They soon moved to Hamilton and started raising 10 children together.”

Mr Meagher became an assistant state attorney and was soon offered a legal partnership by his former coach Philip Goodman. In 1955 they formed Goodman, Meagher & Enoch, a law firm that remains in practice. They had their headquarters in the Equitable Building in downtown Baltimore.

“Franny Meagher was the glue that held the company together. He listened to other people’s ideas and concerns and compromised when he saw others had a good point,” said associate Leonard Grossman. “He treated customers as if they were relatives. The company never advertised. Our business was by word of mouth. He was a great person to have as a partner. »

Mr. Meagher took the advice of his boss. Mr. Goodman told him to take plenty of cabs and hand out stacks of business cards.

“My dad was a plaintiff’s attorney with a practice focused on general liability,” his son Brendan said. “He has earned a reputation among insurance companies as a skilled and reasonable settlement negotiator. He was proud of a practice where he served the little guy.

Mr Meagher and his wife moved with their family to Homeland’s Enfield Road in the late 1960s and became active members of the Cathedral of Mary Our Queen parish.

“Both of my parents were vigorous volunteers,” her son said. “At the cathedral he volunteered as a Eucharistic minister, fundraiser and coach. My mother volunteered with the charity Adopt a Family Christmas which she started, which is still thriving, and helped Susan Tippett for years with Cathedral’s involvement in St. Ambrose housing.

Karen J. Kruger was a leading national legal authority on police discipline and public safety legal matters, an advisor to most state police departments, and a former ballerina.

Mr. Meagher was also a volunteer with Chimes, Inc. His daughter, Mary, who has Down syndrome, was a client there.

He was a member of the board of directors of the Institut Notre-Dame, the school attended by his five daughters. In 1989, Mr. Meagher was honored by the Roman Catholic Legal Association and the Saint Thomas More Society, as a “man for all seasons” for his “faith-inspired community involvement and leadership”.

Get your morning news delivered to your email inbox. Get all the best news and sports from baltimoresun.com.

Mr. Meagher was the patriarch of his family and hosted annual summer vacations in Bethany Beach, Delaware.

“It created fond memories for three generations of descendants,” his son said. “He entertained us in the evenings with cliffhangers, adventure stories whose names of heroes were remarkably reminiscent of our own names.”

He and his wife were on the sidelines of family sporting and musical events. He was a weekly golfer at the Mount Pleasant course.

He was a deeply religious Roman Catholic and took communion daily.