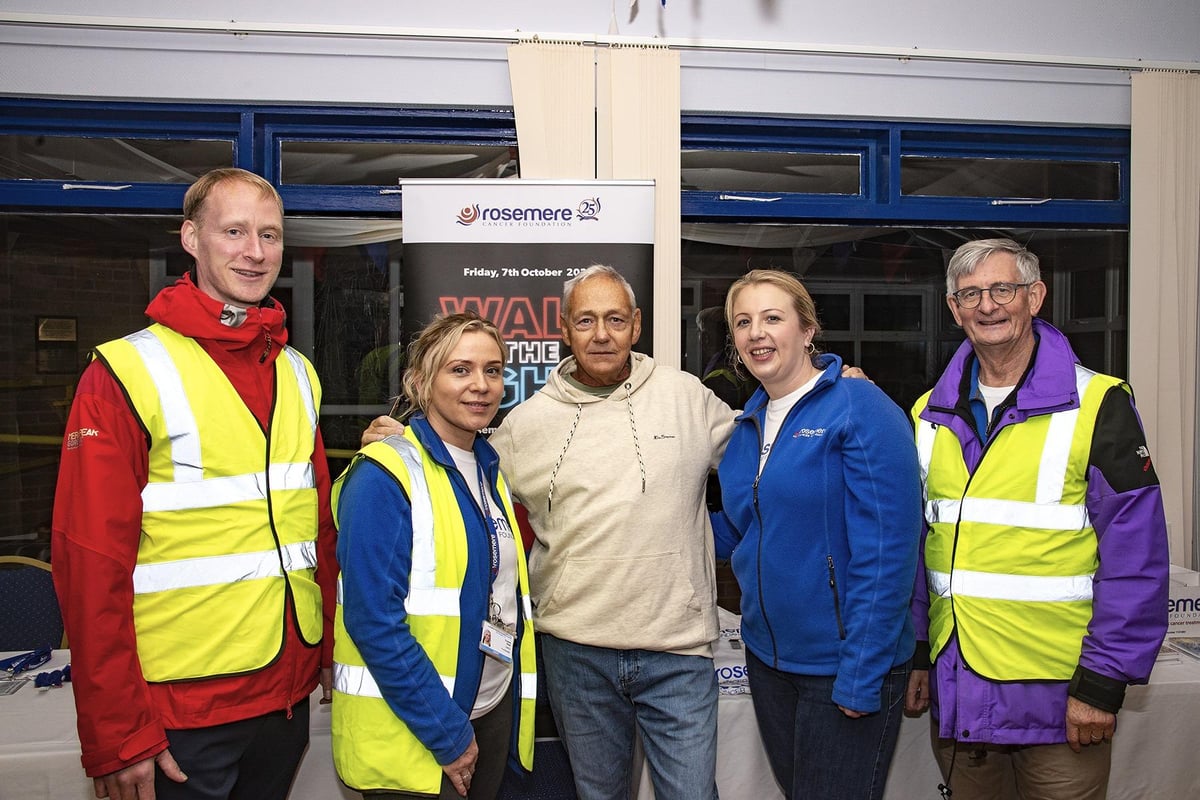 Alan Hutchinson raised £860 for the Rosemere Cancer Foundation by completing the charity’s five-mile Walk the Lights challenge in Blackpool from Bispham tram stop to Starr Gate earlier this month.

Alan, who left photography to work as an aseptic pharmacy technician at the Royal Manchester Children’s Hospital, spent nearly 20 years making chemotherapy infusions before retiring last year. But a few months after his retirement, he himself was on chemo.

At the end of his treatment, Alan was determined to “give back” the care he had received, which consisted of six weeks of daily radiation therapy at the Rosemère Cancer Center combined with weekly chemotherapy.

Alan Hutchinson (center) with, from left, Rosemère Cancer Foundation CEO Dan Hill, community fundraiser Yvonne Stott and volunteers Louise Grant and John Hodgson after completing the Walk of Lights of the charity from the Bispham tram stop to Starr Gate.

Alan said: “I consider myself very lucky as my cancer was diagnosed early.

“I discovered bumps in my neck in May and was diagnosed in June. I completed my treatment on the Friday before the walk.

“As I had managed to do the weekly park run at Towneley Park throughout my radiotherapy and chemo, I was determined to complete Walk the Lights for

give back for the excellent care I received. I am very grateful to everyone who has supported me.”

He added: “The irony is that I retired from my work at the hospital in August last year after 19 years of preparing chemotherapy infusions. I didn’t think that

in a few months I’ll be on chemo.

The fundraising is expected to bring SGRT – surface-guided radiation therapy treatment – ​​to the Rosemère Cancer Center next month. His arrival means

The Rosemère Cancer Center will become the second specialized cancer center in the entire Northwest region to use a near-infrared light beam guidance system for the benefit of radiation therapy patients.

For more information about the charity’s work, including how to donate, visit www.rosemere.org.uk