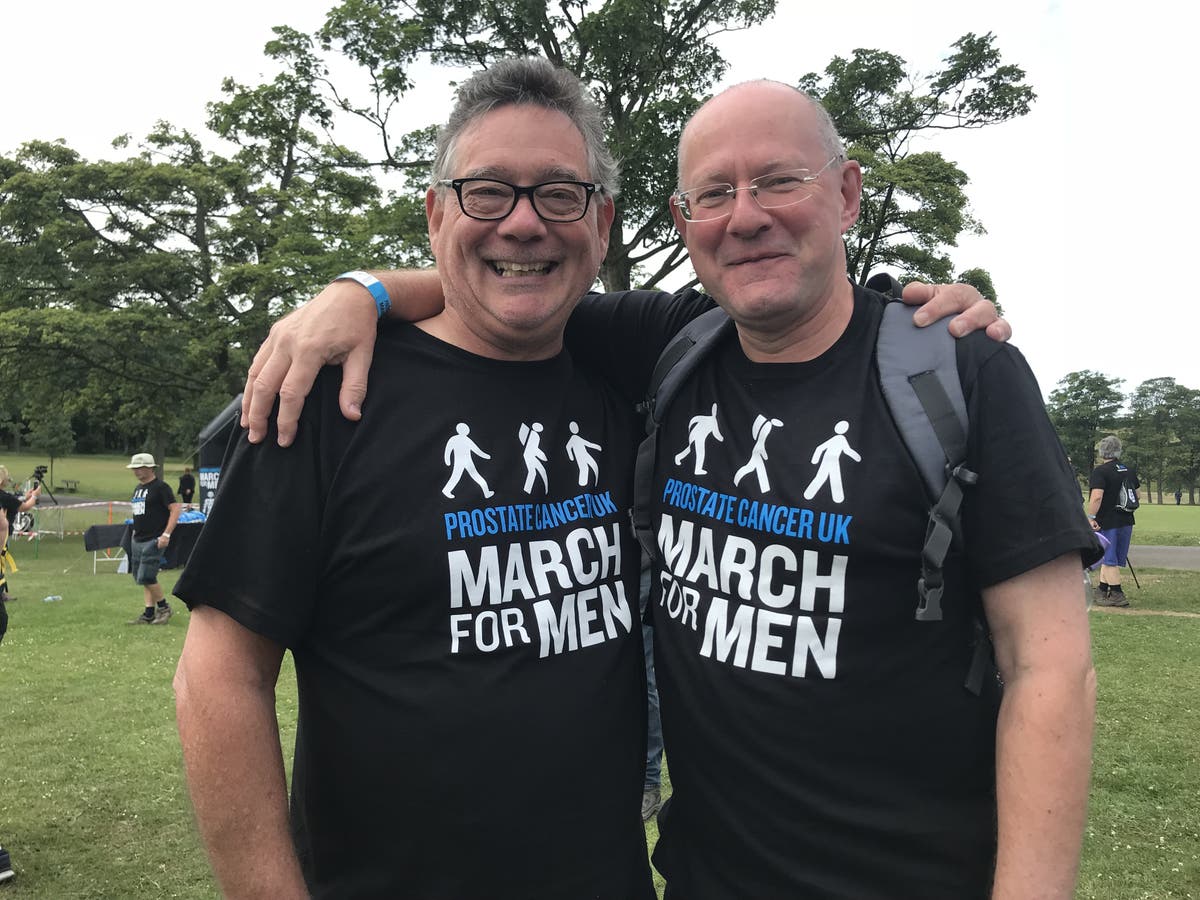 A footballing friendship forged more than 50 years ago saw a group of players affected by prostate cancer – and their teammates – come together to raise funds.

Four former students of Cookridge Rangers FC in Leeds have been affected by the most common male cancer in the past seven years.

The team will meet for the fourth time next month for one of Prostate Cancer UK’s March for Men walking events.

In a meeting, Mr Jones asked about the health of club manager Howard Smith after talking to him.

He said: “Shortly after my prostate was removed in September 2015, we all met for a meeting. I would say in this scenario there are two types of guys.

“Those who ask how you are and follow up with ‘do you want a beer’, and those who ask more than two questions, and dig a little deeper.

“You wonder if any of them might have it, or if they’re worried about it, and Howard was one of them.

“We talked at length about my situation and what I had been through, and when I got home I remember saying to my wife, ‘I think he might have prostate cancer. ‘.

“I called him and asked him if he was okay and it all went from there.”

The Cookridge Rangers were formed in the 1970s as a group of lads who had played on the local recreation ground from the age of 12. They joined the Leeds Sunday League around four years later.

Mr Smith said: “I guess I felt we were too old to use jumpers for the goal posts at 16/17 so I cast the net a bit wider.

“I was manager, secretary, coach, treasurer, kit cleaner, you name it, I did; the guys just had to show up.

Mr Smith, 65, had been diagnosed in September 2016 and following Mr Jones’ call he opened up to his former caretaker about his condition.

“The guys have arrived; it’s as simple as that,” Mr. Smith said. “When we played, what made us special was that we were never the best, but we were always there for each other.”

He has since paid that support after news emerged of two other squad members affected by the illness, former left-back Arthur Bateson, 68, and former treasurer and club secretary Brian Locke, 63 years.

Ahead of the fourth March for Men, the team gathered at Roundhay Park in Leeds to present a new bench commemorating and celebrating men affected by prostate cancer, including Mr Smith and Mr Jones.

Mr Jones added: ‘Prostate cancer isn’t just about people dying, it’s about how groups of good friends get through it together.

“It changed my life and my outlook on life. When you’ve had a scare that could have ended in disastrous circumstances, you realize you’re just a mere mortal and you’re not immune to it.

“The more you look around, the more people you start to see affected. I’m grateful to still be here and happy to give my time to come. It’s also nice to talk to other people about the trip they’ve been on.