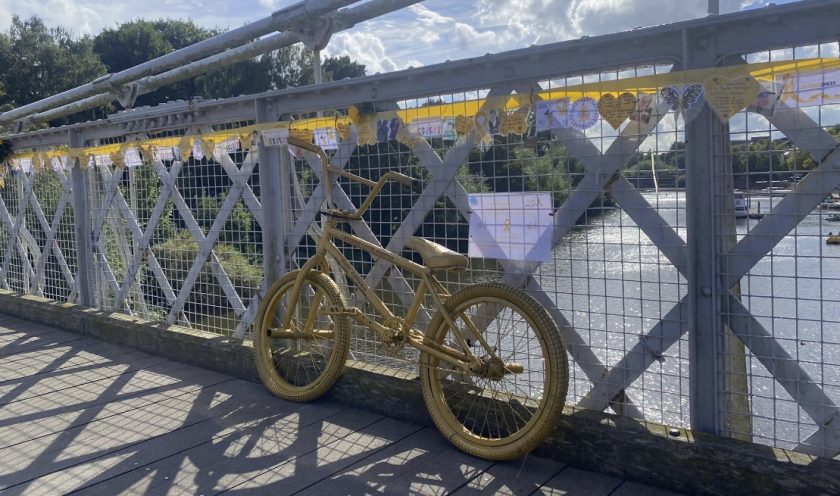 A gold bicycle honoring a childhood cancer victim has been stolen from the Chester Suspension Bridge.

Giddo’s Gift, a Flint-based charity, placed golden bikes around Flint and one on the Chester Suspension Bridge to mark Childhood Cancer Awareness Month and remember those who died of childhood cancers.

The bike on the Chester Suspension Bridge belonged to Matty Bannaghan, who died in 2019. 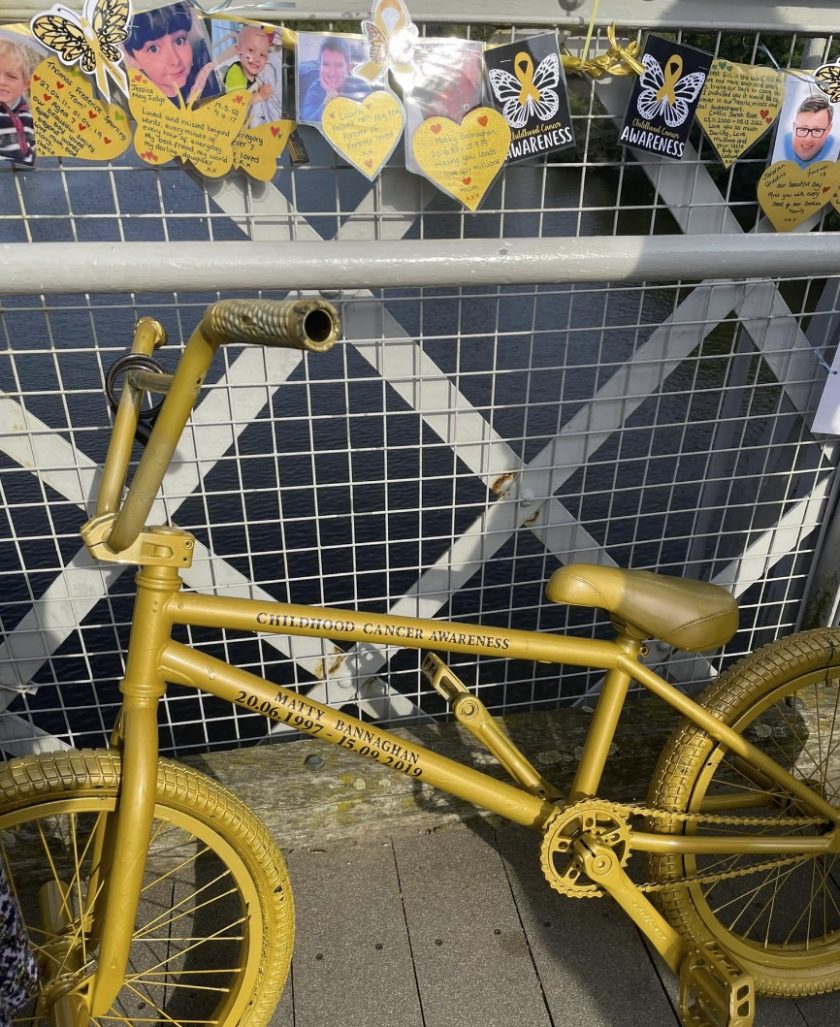 “I am so angry but also very upset that someone stole Mattys’ bike from Chester Suspension Bridge, [they have] cut all ties and take it!!!”

“It wasn’t a painted and named bike, but actually Mattys Bike, had it around Chester and now it’s been stolen!!!”

“All we want to do is raise awareness about childhood cancer and honor the beautiful angels stolen from their families.”

“Why? Why? When we are already heartbroken that our beautiful children miss life so much, would anyone think it’s okay to steal something so sentimental.

Giddo’s Gift was created to honor the memory of Jordan Giddins or Giddo to his friends.

Jordan, originally from Flint, bravely battled HLH and Ewings Sarcoma, a rare type of cancer that affects the bones and primarily affects children and young people.

Did you spot something? You have a story? send a facebook message | A direct message to Twitter | Email: [email protected]