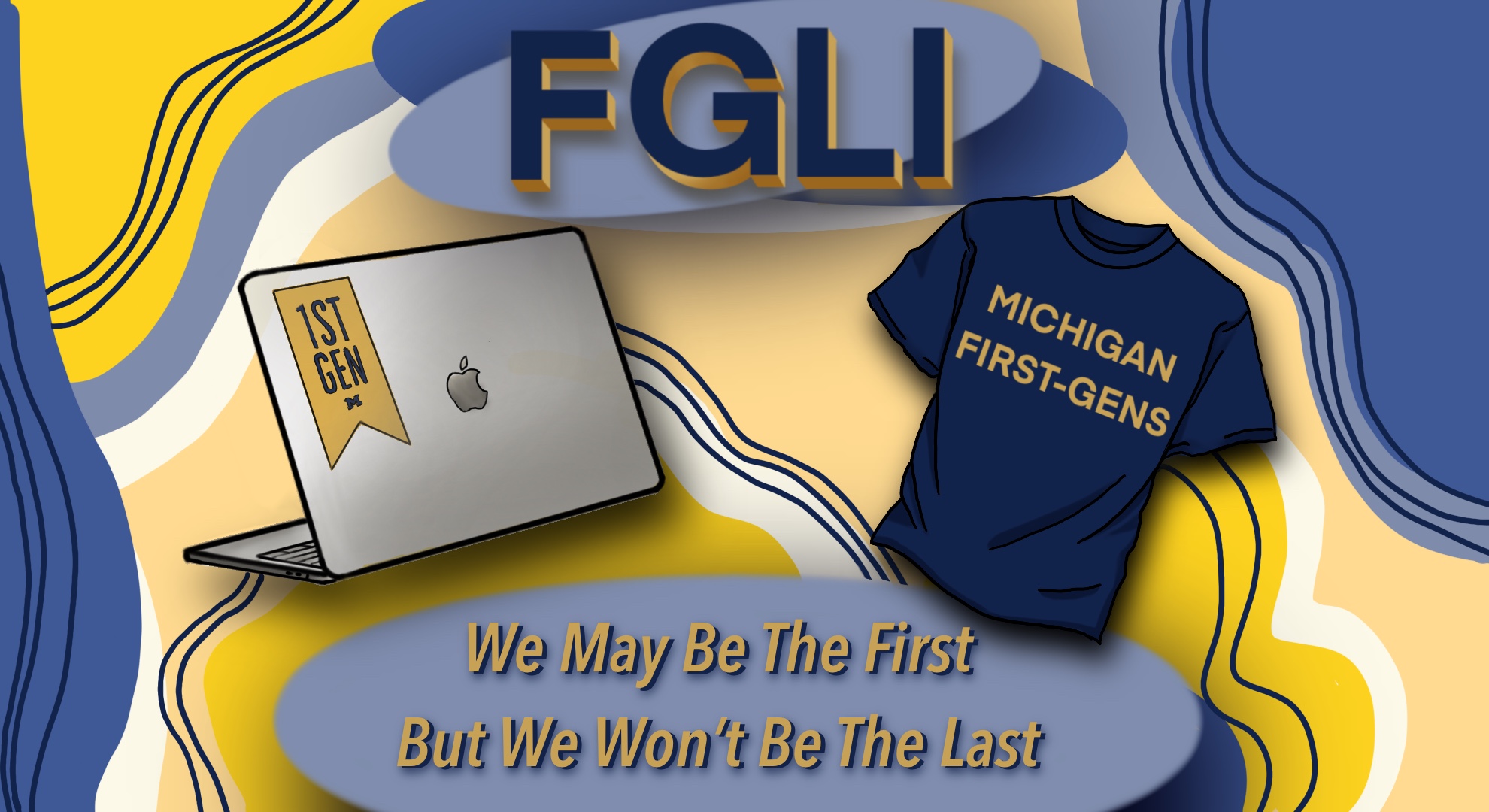 Several years ago, as a new student, I was blessed with an “aha” moment recognizing an extension of my personal identity. For me, the feeling of incorporating terms and labels that I was previously unaware of, but immediately clicking on hearing them, is unparalleled. A series of detailed personal information forms, frequent engagement with an affinity group, or some other spontaneous event can lead to reconsideration and the discovery of terminology that helps us better express the identities that encompass our individual being.

One such identity that is not immediately apparent to some individuals, myself included, is their status as a first-generation student. The first generations are generally known as students who are the first in their families to attend university. The criteria for some definitions vary based on differences in where the parent or guardian graduated or the level of education obtained, such as an associate’s degree or a bachelor’s degree. The official University of Michigan definition of a first-generation student—which coincides with the definition that most colleges have stated—is a student whose parents have not completed a four-year college degree. On the other hand, low-income students are generally defined based on Pell Grant status, but similar definitions are also based on institution-specific assets and income thresholds.

First-generation students are likely to give a variety of responses when asked when they first learned of their status. Some were aware of the delineation of their identity before applying to colleges, while others were informed in the middle of their graduate journey. FAFSA applications, discussions with parents about the future, and a sense of bewilderment in a new environment can all serve as factors that lead to this revelation about how their identity is perceived within institutions.

As I transferred from my previous university, I was able to form a core set of criteria that I expected from my institutions to facilitate a true sense of community for first-generation students. Among other things, I was primarily looking for a collegiate institution with consistent, dedicated support and outreach to early generations. Googling “umich first people” I found the University of Michigan to be much more robust than other schools in terms of first-generation-specific resources, support, and recognition. The first-generation gateway and Go Blue Guarantee were several notable markers of the university’s commitment and continued progress.

As I immersed myself in the landscape of the first generation, a term that came up from time to time was FGLI. FGLI stands for “first generation, low income” and is usually pronounced as “fly”, “figly”, or the letters spoken individually. FGLI serves as an umbrella term that not only achieves brevity in the context of advocacy and discourse, but also serves as a point of reference for individuals who identify as part of this community. The term itself may seem trivial, but having a qualitative expression to associate with is of paramount importance, especially as first-generation and low-income identities are often left unrecognized or ignored altogether. Although many, including myself, may take the University’s frequent publicity efforts for granted, the lack of any effort is abysmal and sadly the norm at other collegiate institutions. Even a grainy “1ST GEN” sticker stuck on a laptop is a milestone and a sign of progress. Although the visibility and recognition of FGLI students through the superficial use and presence of terms like FGLI, first generation and low income makes me feel like I’m being seen, it’s undeniably still a first step.

The adoption of these terms is in no way an indicator that all is well. The University has made considerable progress in terms of welcoming FGLI students, but there is still room for improvement. While there are university-wide resources and support, only a few schools within the institution offer FGLI-specific resources. For example, the College of Engineering maintains its own set of dedicated resources for its FGLI students, such as the First Generation Engineers (1st Gen Engin) club. These tailored resources – or lack thereof – can make or break a student’s experience of FGLI within their respective school.

Even the existence of the FGLI identifier alone cannot resolve certain discrepancies such as the weak representation and involvement of the FGLI in professional and selective organisations. Additionally, some students may choose not to identify as FGLI or may feel that other components of their identity are more important to them, causing them to place the term and FGLI resources at their periphery. All of these factors and more contribute to a different experience for every FGLI student.

Although the term FGLI itself seems minor, and as if it could be easily ignored outside of academia, it is significant because the labels we give to ourselves – both individually and collectively – carry weight and serve vehicles for speech. The term FGLI is embedded in the recognition of our social class and the pursuit of upward mobility. As the FGLI evolves, definitions of first generation and low income people will also evolve. The way we define ourselves will continue to evolve.

As I incorporated these terms into my mental repository, it became easier to convey and understand many things that were previously difficult to express. One of those things about college life that I’ve always found off-putting is Michigan’s food-spending culture on campus. Although it may seem innocuous, watching hordes of college students with cups of coffee and takeaways in hand reminds me that I might be socially excluded just because eating multiple times or even once a week is not financially feasible. While some well-to-do students gallop casually around the world and take part in trips – such as for Greek life, professional organizations and spring break – FGLI students have traveled arduous distances in their minds during daily challenges. , responsibilities and tribulations they face .

There are several thousand first generation enrolled at the University. In an alternate world without this visible first-generation awareness and presence, heightened feelings of isolation, detachment, and feeling estranged from everyone else — including family and peers — may be more likely to occur. My prior involvement with the First-Generation College Students Club (FGCS), my multiple past visits to the First-Gen Gateway, and countless other interactions have gradually coalesced and helped improve what I previously viewed as an otherwise esoteric enterprise. known as going to college. Terms like FGLI are just tools, but a patchwork of student advocates, allies, and academic support can spearhead initiatives to foster a sense of belonging, cohesion, and even change.

Undeniably, FGLI, first generation and low income are all nascent terms. Even ten years ago, people were much more stigmatized and reluctant to address and acknowledge these terms and identities. Fortunately, the courage of student advocates and allies helped, though I wonder how communities will interpret these terms in the future.

For example, in the space of a few years, I have already witnessed the evolution of another emerging identity term: Latinx. I first heard of the term Latinx in a university setting several years ago and have since observed frequent use on campus. There has been a flurry of recent coverage documenting the renewed debates surrounding the term Latinx, with the central issue being the nominal rates of adoption and usage among the overwhelming majority of working class and primarily Spanish-speaking communities that it is meant to represent and empower. As evidenced by the Latinx controversy, the term FGLI, alongside other FGLI-adjacent terms, will inevitably come under scrutiny and debate, ultimately coinciding with the ongoing internal deliberations each of us has had over the years about how best to to define themselves.

Whether in a sociology class or through personal interactions, many of us recognize that the terms we use are imperfect, but have great utility in helping us define ourselves. They enter our lexicon and subsequently become another piece of our identity. About five years ago, I had no conception or knowledge of several terms – working class, Latinx, first generation – but they have proven constructive in helping me articulate my identity and history.

We may be the first, but we won’t be the last.

MiC columnist Gustavo Sacramento can be reached at [email protected]