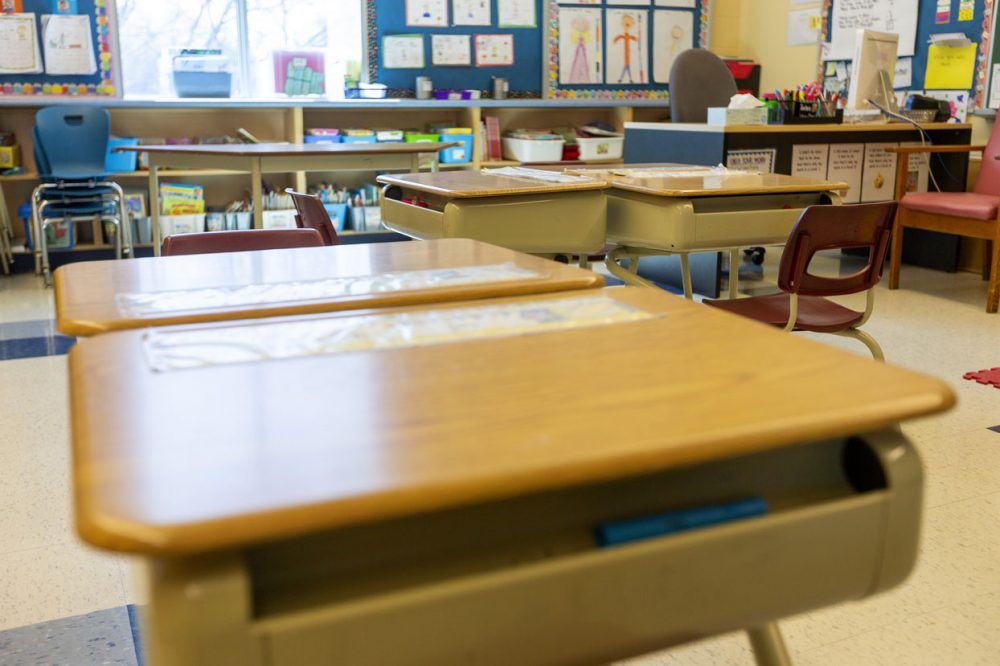 For 30 years, parents have been deeply involved in a program at a London primary school that allows them to volunteer regularly in classrooms to help teachers focus on education.

Now some parents involved in the APPLE program, offered at Arthur Ford Elementary School on Viscount Road, say they fear the program’s days are numbered.

“It will take a few years, but it will slowly die over the next few years with the things they want to do,” said Ian Kerr, who chairs the parent committee that runs the APPLE program. There are three children enrolled. “The council seeks to make education equitable, which is 100% important. But I don’t think they are using the correct definition of fair.

APPLE stands for Parents’ Alternative Learning Experience and is not affiliated with the tech giant of the same name. It started decades ago with the aim of allowing parents to be much more involved in their child’s studies and creating a community of ‘like-minded parents’ at the South West London school. , Kerr said.

Of Arthur Ford’s more than 400 students, 139 are enrolled in the APPLE program and approximately 270 are regular students from the surrounding neighborhood.

In the past, parents were expected to volunteer 10 hours a month at school. They also attend regular “reinforcement” meetings where they review the upcoming program and can provide feedback and suggestions for improved studies such as field trips and fundraising for the program.

Parents should also spend time with APPLE outside of the classroom, such as preparing for lessons. They are also required to transport their child to school.

But recent changes, including the end of the group’s fundraising efforts and the enrollment of students by the Thames Valley District School Board, have shaken the parent group that oversees the program.

Sheila Builder is the Superintendent of School Operations and Family Engagement for the Thames Valley District School Board. She said the program is decades old and needs to be overhauled.

“There is no intention at this stage to dismantle the program, but I think it is important to have regular reflection and review of this program,” she said, adding that she had met regularly with the APPLE executive over the past two years. “There are necessary changes that need to be made that have been proposed to senior management to address them.

“Our families are different from those of the 1980s.”

Builder said the council’s reasons included issues of privacy and confidentiality, greater consistency and the need to ensure equity within the school.

These changes include Thames Valley taking over student registration, which was previously done by a parent volunteer, and ending APPLE fundraising efforts and mandatory parent volunteer hours to participate in the program.

“Families have changed; the education system has changed; the program has changed. . . but we must ask ourselves if these changes were intended to ensure fair assessment for all students and families at Arthur Ford,” Builder said. “Fundraising must. . . benefit all children.

In the past, parents have also been allowed to vote on any changes to the program, Kerr said.

It’s in their parent handbook, he said, which has been seen and approved by the board and administration.

“He says changes have to go to the parent body and be voted on,” he said. “The council didn’t do that. If we are a consulting program, then you should follow your own rules.

He said the lack of information angered the parent group.

“We still have no idea how many families want to join the program next year,” Kerr said. “We normally ended the year with a welcome event for families and also organized activities during the summer. Again, we have none of this information.

The change also made it impossible to connect families with other families for a mentoring experience that is key to helping new students into the program, he said.

The way communication is handled has also changed with everything being relayed out of the school office, reducing parent interaction with school children in the program.

“It’s impacted the way we work and the way the community operates, which is unfortunate,” he said.

Kerr said he thinks the APPLE program faces problems parallel to those at B. Davison High School, a vocational school that some believe the board is trying to cut.

Thames Valley officials have denied any plans to close the school.

Sign up to receive a curated collection of links and highlights from our award-winning news coverage, in-depth analysis and unrivaled weekday noon investigative features.

The next issue of LFP Noon News Roundup will soon be in your inbox.