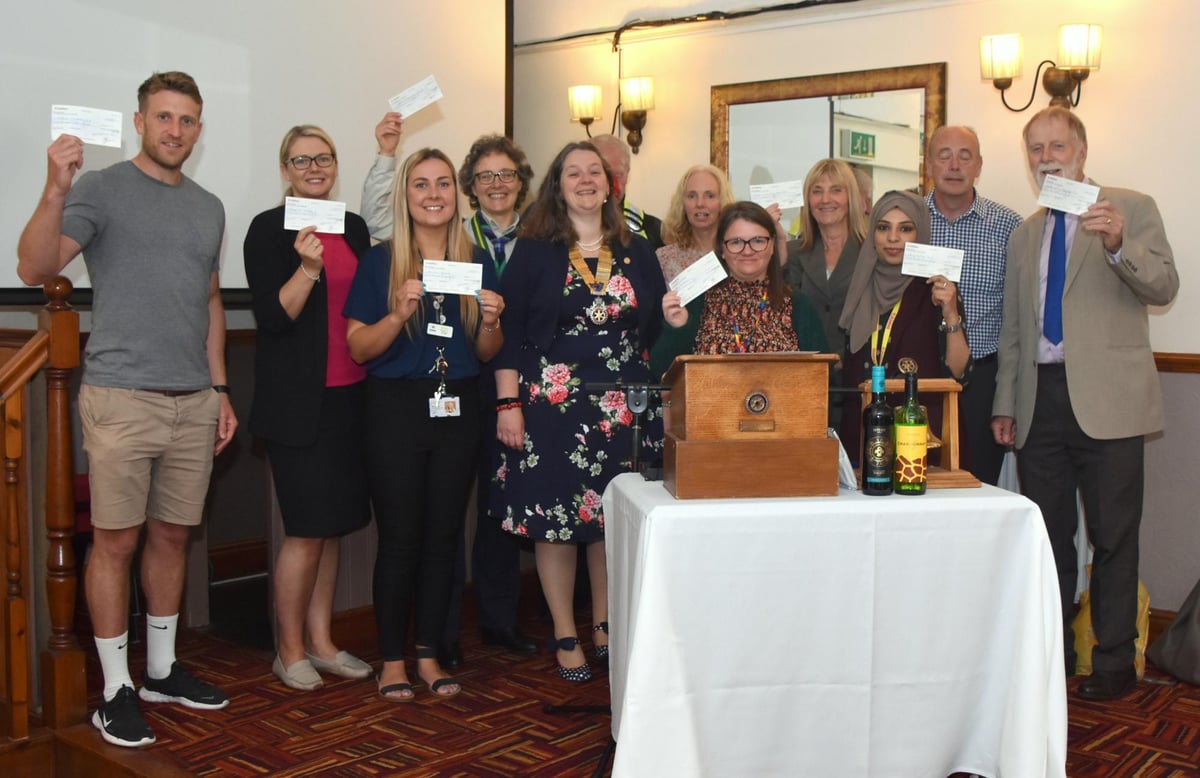 After stepping down as president of the Clitheroe Rotary Club, after two years in the role, Jenni Schumann spoke about what she and her team have accomplished during her tenure, including initiatives such as setting up clinics of covid vaccination, collection of 90 tons of aid for Ukraine and collection of unwanted items. including computers and sewing machines, to get them to countries like Africa where they can find a new life.

Other organizations supported include Marie Curie by collecting large quantities of aluminum blister packs, from which the aluminum is separated from the plastic and sold by Superdrug, to support the charity.

Anyone wishing to continue donating blisters can now drop them off at Rose and Crown, Castle Street, Clitheroe, during normal opening hours.

Over 1,400 coats were collected last autumn at the Clitheroe collection point for Wrap Up East Lancashire.

On the environmental front, Rotarians and friends planted hundreds of trees in Highmoor and Waddow Hall, while cleaning up several public gardens and picking up litter.

When Jenni handed over her responsibilities to new chairwoman Karin Wilson, she was able to make year-end donations of over £10,000 to local and international charities.

This was in addition to donations made earlier in the year, generated through various fundraising activities, such as the Clitheroe Castle bonfire, street drives, Santa’s sleigh, charity golf day , support for Macmillan Cancer Support and East Lancs Hospice, and the Ukrainian Relief Fund. and Shelterbox for areas affected by natural disasters.