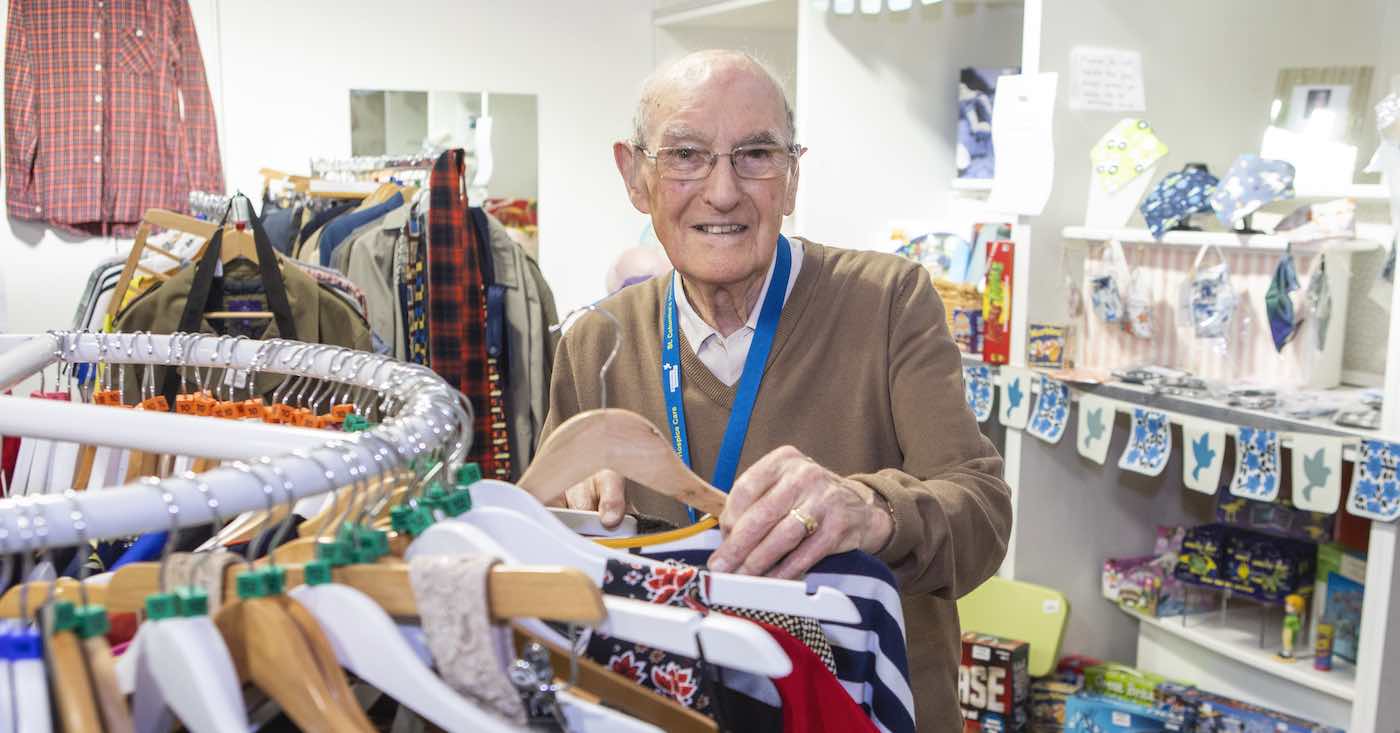 A dedicated volunteer at a charity shop spends 12 hours a week commuting to and from work, despite being 100 years old.

David Flucker celebrated his centenary this week, but still went to work the next day as usual at the St. Columba’s Hospice shop in Edinburgh, Scotland.

David spends four hours traveling to and from the store, which he does regardless of the weather in the Baltic.

The vivacious widower started working in the charity shop after being diagnosed with prostate cancer and spent two weeks in the care of Hospice. He just wanted to pay it forward for the kindness he had received.

“It’s a wonderful feeling to do something,” said the eldest, who lives in Balgreen, Edinburgh.

“It’s two buses and a 20-minute walk to get to the store, at least two hours,” he explained. “I work three days a week, Thursday, Friday and Saturday, which are the busiest days.

The grandfather of seven says the Ocean Terminal shop gets a lot of donations, and he checks them all to see if they’re okay.

“We receive a lot of toys, books, puzzles. We have to check them all.

But what he loves the most is the social aspect of his job – when people “just come over to chat”.

CHECK: Mysterious ‘Garbage Man’ in Wisconsin neighborhood turns out to be 75-year-old

David, who was widowed in 2010, also spends time building model trains which he auctions off to raise money for the hospice.

David, who retired at 72 after working as a printer, said his advanced years were no obstacle to having fun.

For his birthday on June 22, he was taken for a boat trip in the Firth of Forth and even received a card from the Queen.

POPULAR: The man who tells the queen that he makes solar panels is stunned when she orders them to be installed on the castle

“I saw parts of Scotland that I hadn’t seen before…and I was quite surprised when the band started singing ‘happy birthday’.

Back at the thrift store, people came to offer their best wishes and there was a “wonderful birthday cake” covered in raspberries.

“There could be more birthday cakes,” said the cheeky Scotsman.