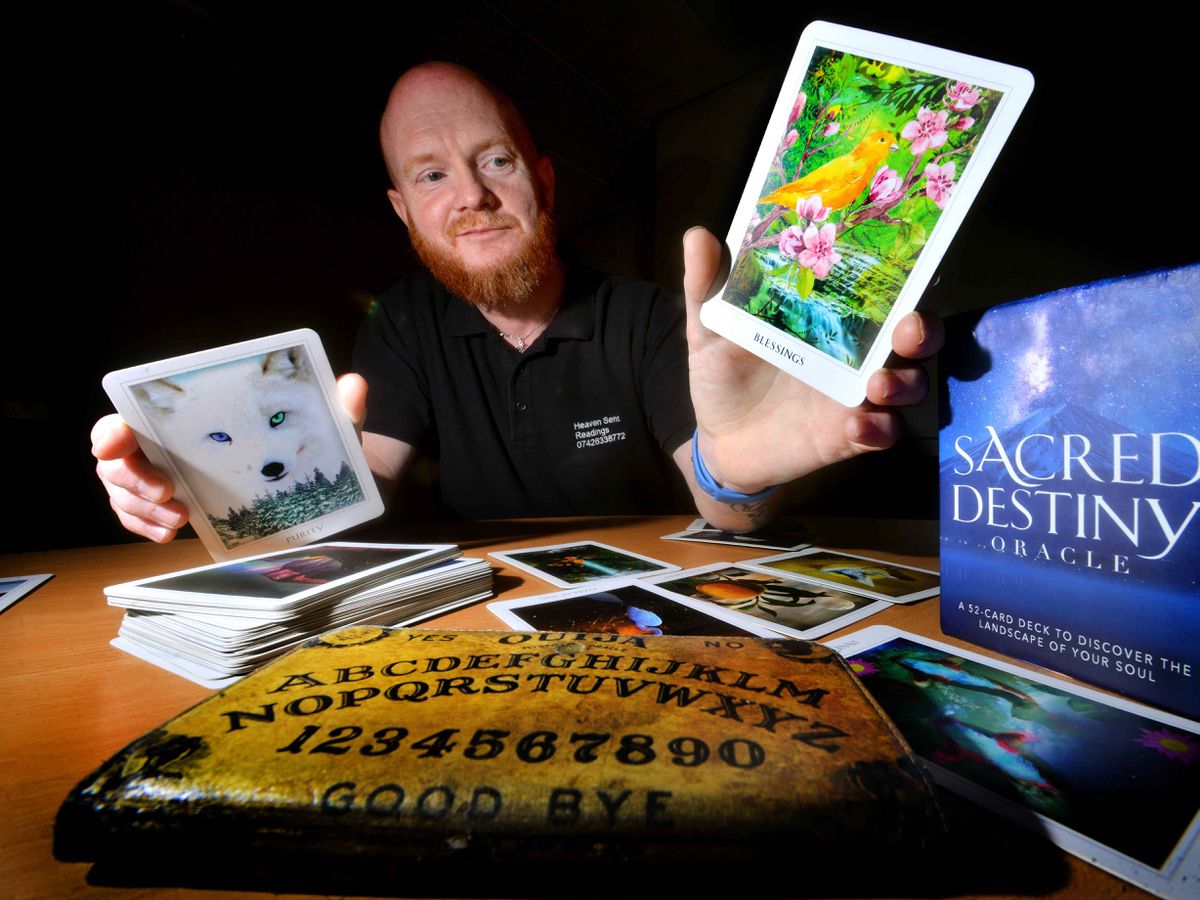 Dates and venues are yet to be confirmed, but Dave plans to perform at Horsehay Golf Club, Business Boutique in Market Drayton, Old Fighting Cocks in Oakengates and Hall Green Spiritualist Church in Birmingham.

Dave said, “I wanted to do this to give something back. As long as I can help people, I’ll keep doing it.”

The shows will be two series of approximately 45 minutes with a short interval. Dave will seek to connect with the deceased relatives of people in the audience and try to pass on messages. He will then also do tarot card readings for anyone interested.

The 47-year-old, who also works at the Telford Theater as a steward and bartender, said he has been doing psychic shows since he was 15.

He said he first connected with a spirit when he was three or four years old. “My parents moved us all into a new house that was haunted by a teenage girl. She had cancer but died falling down the stairs.

“I remember once some friends and I threw a party and invited some girls. We hung pictures on the wall to try to scare them away, but she (the spirit) did better and threw glasses and CDs across the room. The guys ran out of the house faster than the girls!”

Anyone interested in attending one of Dave’s charity shows is urged to keep an eye on the Telford Theater special interest section online.