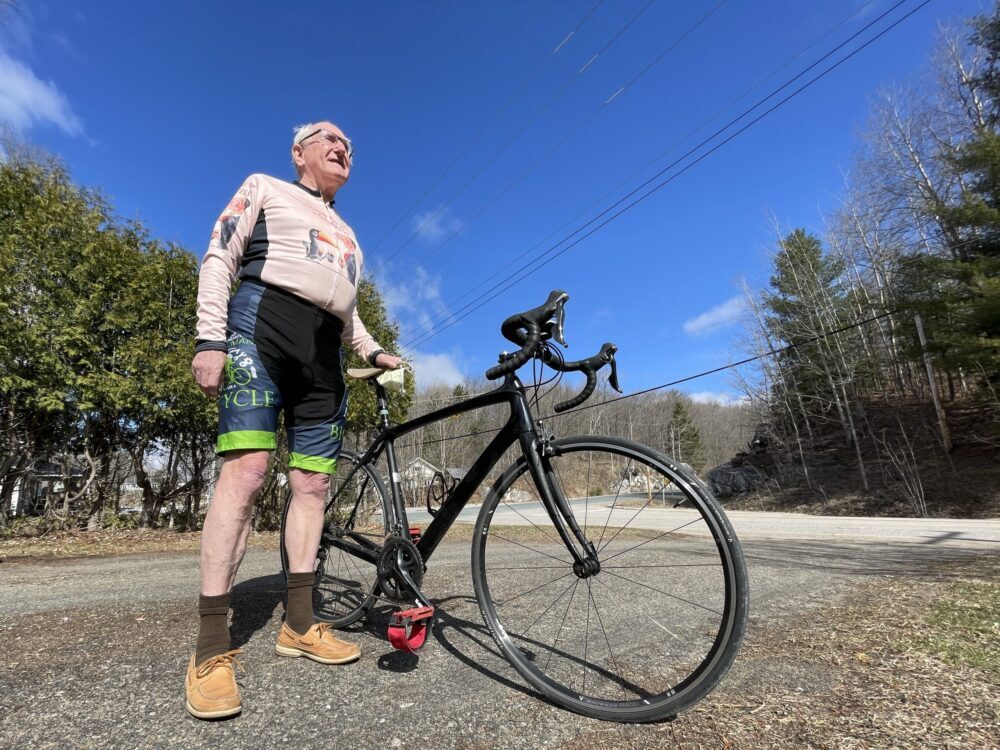 Since the snow melted, Peter McLuskey, 76, has been pedaling around Eagle Lake on his bike.
He doesn’t ride strictly for fun, and he certainly doesn’t take it lightly.
McLuskey is training for a 70-kilometre charity ride in Ottawa, one of three cycling events he has spent months training for this winter.
He’s raised more than $900 for the ride so far, with all proceeds going to the Children’s Hospital of Eastern Ontario (CHEO) cancer treatment programs.
McLuskey decided to participate due to a decline in fitness that began with hip replacement surgery in the early 70s.
In the years that followed, he became slower on his bike.
“I thought if I kept going down like this it would make me a very old man,” he said.
So he decided to start training.
Throughout the winter, McLuskey logged hours of indoor training, guided by video lessons and self-monitoring blood tests.
pressure and heart rate.
The windy conditions made
road training is tough this spring, but McLuskey said it’s important to assess his condition as he hits the hills. Eagle Lake has plenty. It often travels County Road 6, Route 118 and loops around the Irish Line.
As he begins this season’s racing schedule, he said age and experience matter a lot when it comes to long-distance racing. After the start, he said, “these young guys go like tap dancing about 20 miles down the road.”
The speed boost cannot be maintained and McLuskey will often run right past them.
He was rebuffed in good spirits by friends about long-distance driving in his mid-sixties, but said it was important to keep moving and being active no matter what your age.
“Trying to do something. We are now at an age where there may be no tomorrow,” he said.
To donate to McLuskey’s fundraiser, search for Peter McLuskey at cheofoundation.donordrive.com

Get The Highlander in your inbox every Thursday