CW ‘Standing Up for Addy’ to Support Sarcoma Cancer Research 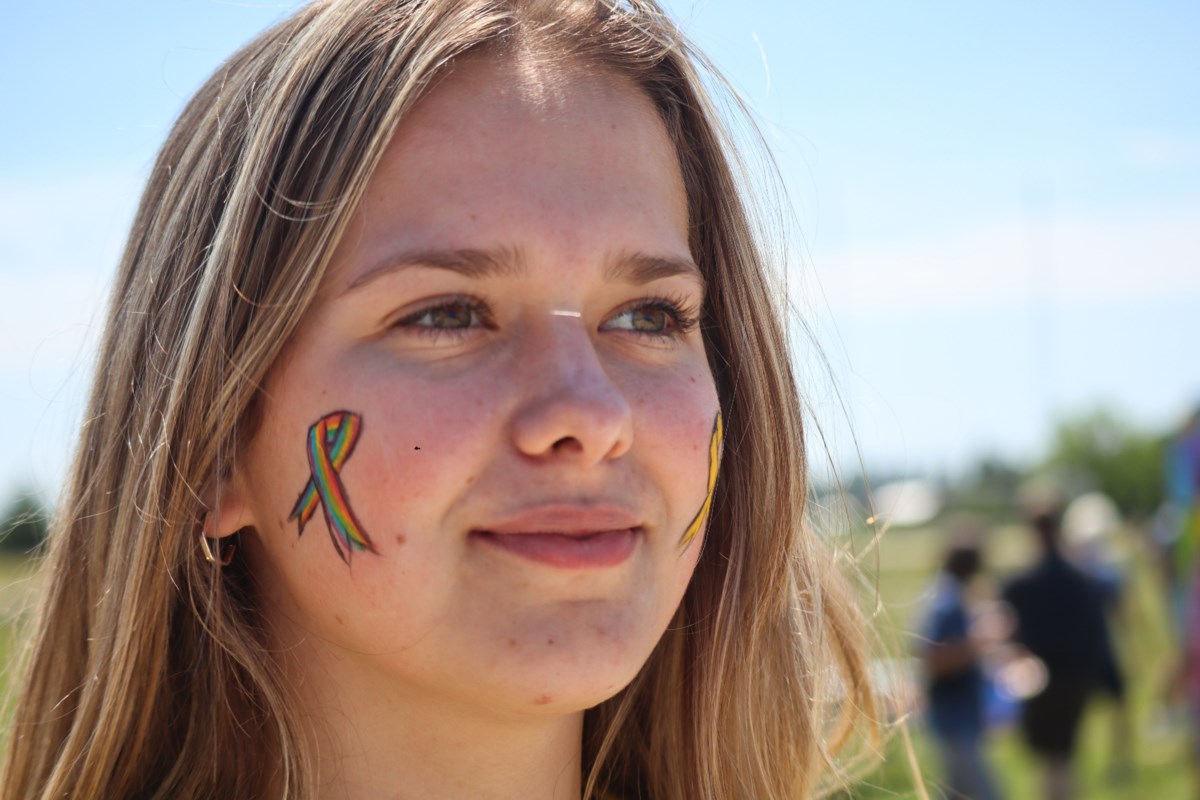 On Saturday, more than 100 people showed up at Wellington Center District High School to take part in the 3V3 Charity Basketball Tournament, part of Team Addy’s Family Fun Day. The event is sponsored by MoveCW and is part of the Team Addy fundraiser for the Sick Kids Foundation.

Addison, who goes by the name Addy, was diagnosed with a rare and aggressive form of cancer called angiosarcoma in 2021. Although she was unable to attend the event, all proceeds from it will go to the Sick Kids Foundation to support sarcoma cancer research. .

“There are many cancers that are not as rare as angiosarcoma, and these others have been researched extensively, and this research has cures, but the cure rate for sarcoma is not that high” , did he declare. “So hopefully this will raise awareness and that if someone has a lump in the future, they will look for that cancer before they think it’s something else.”

“July also happens to be angiosarcoma month, so it’s setting itself up.”

What started as an idea for a charity basketball tournament with a lemonade stand turned into something bigger, adds Dave.

“The community, our family and our friends came together to really pull together to make this happen,” he said, quoting his wife, Jessica Hill, who organized the event.

“I’m emotional, for sure. In support of Addison, we asked local businesses to put her name on their signs for her birthday, it was her birthday yesterday,” Dave said. “We’ve been celebrating her every day since her diagnosis.”

Greg Wolowich, who came to the event on Saturday afternoon, called it “brilliant”.

“My son is friends with Addison, so he felt close to home,” Wolowich said of his reason for dating. “When someone is sick, you want to help however you can.”

The initial goal of the event was to raise $14,000. However, the campaign has currently raised over $62,000. At this rate, Dave said the campaign is on track to hit over $100,000 by the end of Saturday. He notes that the event also received a donation of an 18k white gold ring designed by Kate Florence, which will be auctioned off.

Letizia Ferreira is the Manager of Community Partnerships at Sick Kids Foundation. She said the level of awareness for Family Fun Day isn’t just for families, as people from as far away as Wasaga Beach are taking part.

Brent and Elizabeth Giles, Dave’s friends and event volunteers, also agree. They mention more than 50 teams entered into the tournament, some from places like Oakville and Burlington. There are also 70 volunteers helping out during the event.

“It’s amazing how the Wellington Center has come to this,” said Brent. “Everyone is rallying for Addy.”

Mia Valeriote is Addy’s cousin and a volunteer at Family Fun Day. She said she knew how much this event meant to Addy.

“(We) show how much we love him,” Valeriote said.

Residents can donate to the Sick Kids Foundation campaign at this link.