Curb to Japan: The Deep and Dark Politics of Japanese Toilets 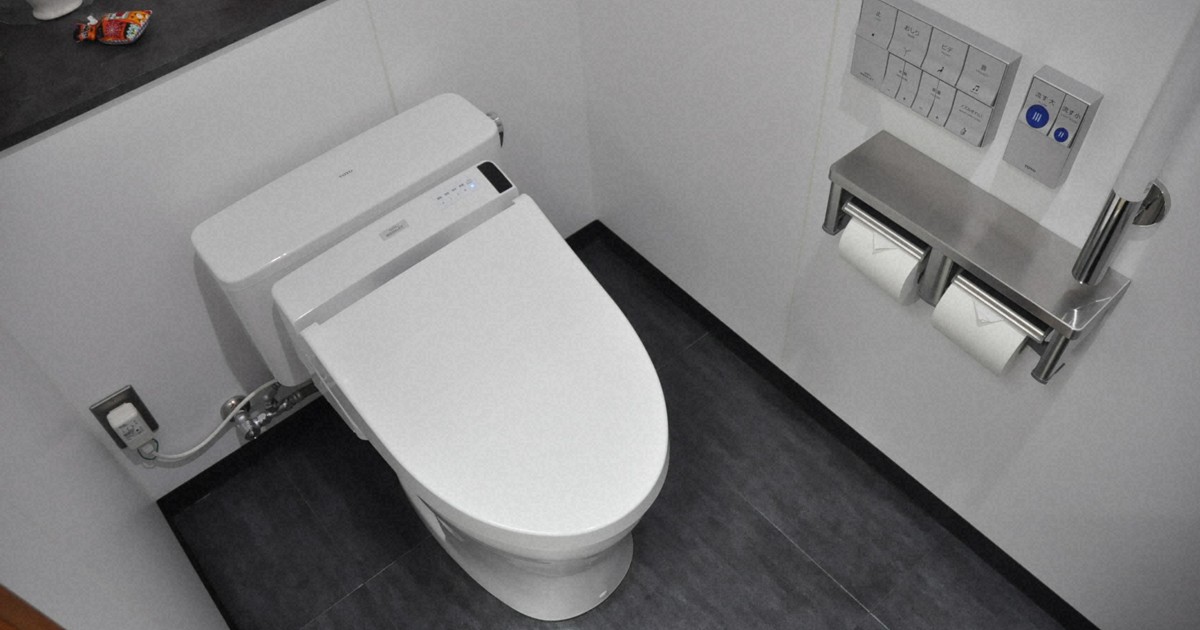 In May last year, a curious story appeared in Japanese newspapers about a small-town mayor caught off guard when it was discovered that he had installed a toilet for his exclusive use in his office.

“Isn’t this installation useless?” the leader of the opposition mocked him in the council chamber. The deputy mayor mounted a desperate rearguard action, noting that the toilets were needed for “crisis management” and noted that seven other local municipalities have toilets for the exclusive use of mayors.

Toilets – in addition to nurturing politicians’ helpful associations with junk – can also signal vanity and a sense of pompous exclusivity. The former mayor of the megalopolis of Osaka, Toru Hashimoto, has reportedly moved his office to a place without private toilets. Sharing the restroom in the general office showed how depressed he was with ordinary people.

Looking into the history of a small town mayor’s toilet, the thing that caught my attention the most was the extraordinary amount of money he spent on installing the toilet: 4.5 million yen (about $40,000). Surely only officials, responsible for spending other people’s money, could spend so much on a small bathroom. If he had spent a more reasonable sum – say maybe 500,000 yen ($4,400) – then “Toiletgate” might never have broken.

Still, aside from the ridiculously inflated installation cost, I have to say that my sympathies are generally with the mayor. If you are not entitled to a private toilet when you are elected mayor, then when are you? Mayors were once people pompously transported through towns and cities in limousines while wearing shackles, lending a sense of dignity and decorum. Their office represented the epitome of civic pride. These days, it seems people prefer to see them shuffling with abject humility in public amenities.

If I am sympathetic to those who wish to personalize their relationship with toilets, then I also recognize that, for public figures and politicians, toilets have a special meaning. The dignity of the highest public offices and positions of power often demands the most discreet and private lavatory arrangements: you can’t imagine Queen Elizabeth II using the lavvy in every community center she approaches.

I remember once reading an electrifying tale of mischievous thoughts erupting in the German army in the trenches of the First World War, triggered by the mere concept of a war-weary soldier repeatedly posing the simple question: “Isn’t the Kaiser s* *t too?” Once Reich soldiers began to imagine the Kaiser on the everyday throne, they were unlikely to lay down their lives in heroic self-annihilation in his name.

If it is axiomatic that aristocrats, monarchs, and presidents must hide their most embarrassing bodily functions, then this is not necessarily true in more revolutionary political systems. Nothing represents the naked, brutal power of Stalinist Russia more than the fact that Stalin – fearing assassins on the side of the road – did not hesitate to pull down his pants and make a drop off on the highway as he drove down the country.

Nor can I think of a greater endorsement of the eccentric charm of British eccentric democracy than to read left-wing instigator Tony Benn’s diary entry recalling how he walked into the toilets of the House of Commons to flee and discovered Tory Prime Minister Winston Churchill relieving himself at the urinal next to him. Urinating, it seems, is the great leveller: a reminder that, in a vibrant democracy, all parties excrete together.

The mayor of a small town in Japan, insisting on his private toilets, thus connected to the universal currents of thought on sanitary arrangements. Yet there was also surely a specifically Japanese aspect to these politico-toilet ambitions.

Japan is now famous for having the best toilets in the world. Their comfort and cleanliness, with electrically heated seats and bidet functions, and a plethora of electronic functions ranging from “masking” noises to massage functions, make them something to constantly marvel at. Anyone who has enjoyed them is likely to regard the “analog” models at home in the West as hopelessly backward and unsanitary.

Yet it’s easy to forget just how recent Japan’s rise to “toilet superpower” status is. I remember when I first visited Japan in the late 1980s and early 1990s, you met everywhere – in college dorms, cheap ryokans and public parks – horrible squat toilets: long tubs dug into the ground above a smelly septic tank, over which you had to squat, hoping you had positioned yourself correctly.

Japan, with its mountainous terrain, was famous for having one of the worst drain systems in the developed world, in stark contrast to its reputation for high technology. The “men of the floor of the night” – who came to collect the deposits of the domestic toilets – were part of the childish phantasmagoria of a large number of artists even in the post-war period.

So when I heard about the mayor of a small town installing his own private bathroom, I thought there was a man there (then 74 years old) who probably suffered in his youth the horrors of the traditional Turkish toilet, with its stench and its flies. Perhaps nothing in her life has been transformed as quickly and completely as the toilet in her life. What greater symbol of progress and accomplishment than the fact that he could retire to his own modern private toilet?

“Is this installation not useless?”, mocked the opponents of the mayor. But I would say no, it was necessary. Every public figure charged with responsibilities should expect at least a private restroom as a perk of the job. Next time, however, they might consider getting more competitive quotes from their installers before maximizing their losses.

In this column, Damian Flanagan, researcher in Japanese literature, wonders about Japanese culture during his round trips between Japan and Great Britain.

Damian Flanagan is an author and critic born in Great Britain in 1969. He studied in Tokyo and Kyoto between 1989 and 1990 while studying at Cambridge University. He was engaged in research activities at Kobe University from 1993 to 1999. After completing the master’s and doctoral courses in Japanese literature, he obtained a doctorate. in 2000. He is now based in both Nishinomiya, Hyogo Prefecture and Manchester. He is the author of “Natsume Soseki: World Literature Superstar” (Sekai Bungaku no superstar Natsume Soseki).