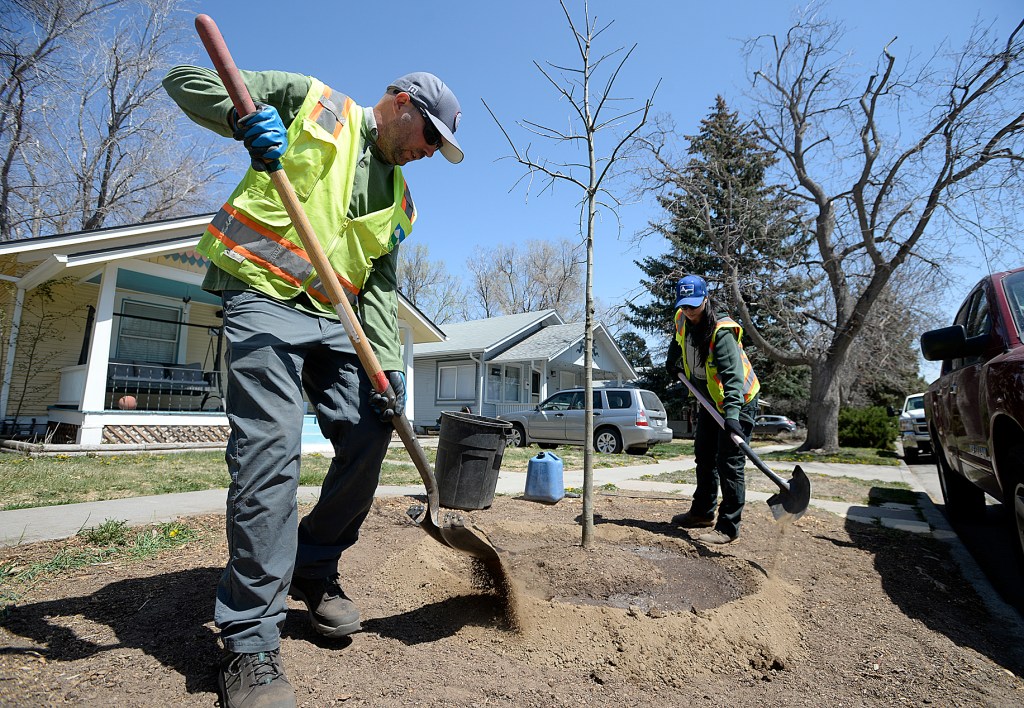 This year marks the 150th anniversary of Arbor Day, an annual celebration of trees and those who plant them. To honor the occasion and give Loveland’s urban forest a boost, the city is hosting tree planting events on Saturday and Monday.

“The council declared Arbor Day in Loveland on Monday, so we will be planting a ceremonial tree on Third Street,” said Loveland Urban Forester Jeff Caputo. “Saturday morning we are replacing the trees we have lost over the past two years in the South Orchards of Mehaffey Park.”

The city is adding 20 new Montmorency cherry trees, which were donated by the Platte River Power Authority. Volunteers from Mehaffey’s disc golf team and the Colorado State University logging team will do the digging and heavy lifting.

Mehaffey Park is also the site of the Saturday Run for the Trees, a fun two-mile run to benefit the Parks and Recreation Foundation’s Tree Fund, which supports the city’s memorial tree and bench donation program city ​​and planting events.

Monday’s planting ceremony begins at 11 a.m. at 442 East Third St., with representatives from the city’s water and power, parks and recreation, and public works departments, among others. The group will plant a Shumard oak, known for its “great urban adaptability,” according to the Arbor Day Foundation tree guide.

Monday’s event will also celebrate Loveland’s 33rd consecutive year as a “Tree City,” a program established by the Arbor Day Foundation to recognize communities that make a strong commitment to “increasing their urban canopy.”

According to Caputo, it is a commitment that is growing. This year, the city of Loveland began developing a formal urban forestry division, which he said is “long overdue.”

The program is still taking shape, but involves partners from different city departments, including parks and public works, “working on a unified forestry goal,” he continued.

“Our goals are to improve our maintenance standards for city-owned trees, with an emphasis on public safety. Then, obviously, we’re trying to move towards a future where we plant more diverse and robust trees for our public spaces. And time-wise, one of the main goals of the program is to be a community resource so people can reach out and get the information they need about trees.

Monday’s downtown planting, Caputo said, is an example of the program’s future direction.

“As a rule, we plant in a park. This year we will be going to a right-of-way location to prioritize our future focus on replacing some of our street trees around town.

According to Caputo, more community planting events are planned for the fall, and street trees will be replaced “where we can.” The program also hopes to begin outreach later this year to local homeowner associations and other civic organizations to begin replacing trees in other areas.