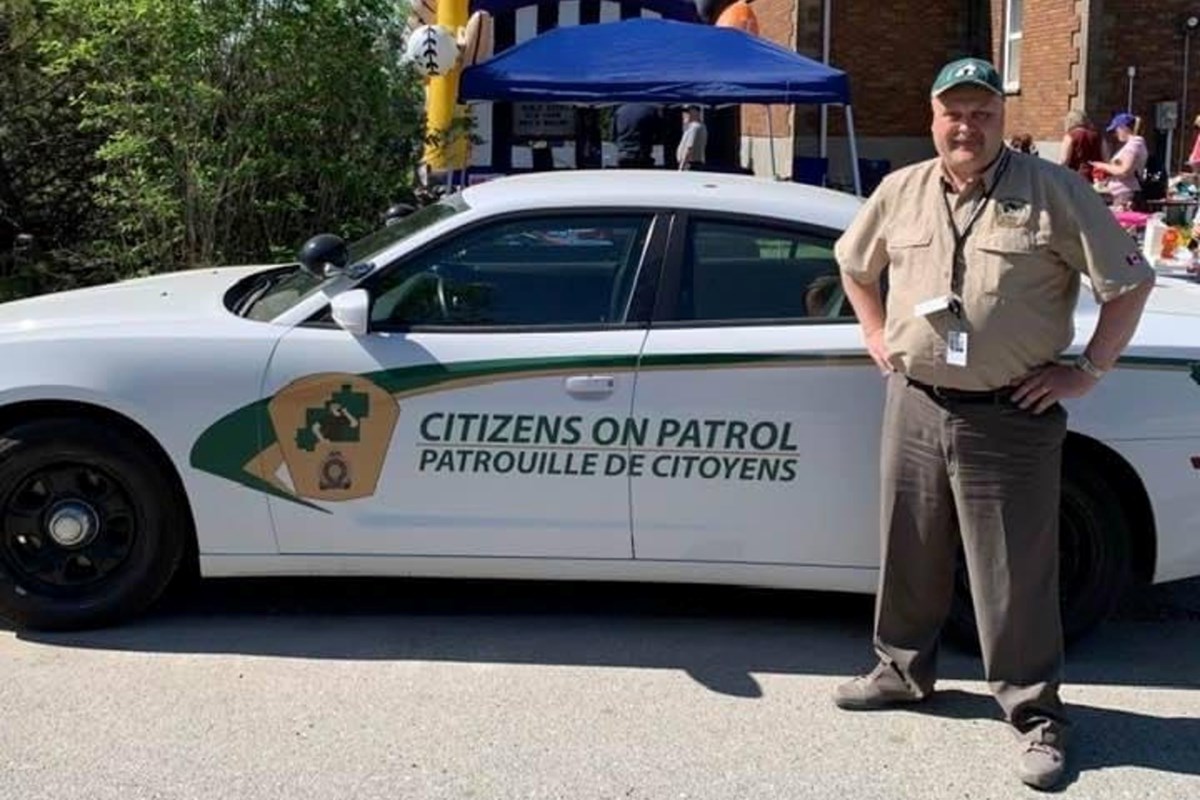 Theo Reed joins the push for the local program to be reinstated by the Greater Sudbury Police Service as soon as possible, and argues that Citizens on Patrol is more effective than one-time efforts led by community stewards with good intentions

Although excited to see people taking it upon themselves to start their own neighborhood watch program, Theo Reed argues that the Citizens on Patrol program has yet to be restored.

The community steward served as captain of the Copper Cliff chapter of the Citizens on Patrol program for about four years until the pandemic ended the volunteer effort.

The program, which costs the Greater Sudbury Police Service about $58,000 a year, joined other volunteer services in closing when the pandemic began in early 2020, the police spokeswoman said. , Kaitlyn Dunn, at Sudbury.com.

The Citizens on Patrol The program consisted of volunteer pairs patrolling the streets of Greater Sudbury in refurbished ex-police cars stripped of police lights and sporting Citizens on Patrol IDs on the sides. Several groups were spread throughout the municipality.

“You would always be paired up in a vehicle, so during the pandemic there was concern that people who are not necessarily from the same household were together in a vehicle,” Dunn said, adding that when the council municipal asked for a budget reduction, the program was at the top of the list to be defunded.

Other Greater Sudbury Police Service volunteer programs also saw their funding cut early in the pandemic, including the auxiliary program and lion’s eye in the sky.

The auxiliary program, in which uniformed volunteers conduct foot patrols, is the only such program to be restarted. The Lions Eye in the Sky program, which has volunteers monitoring downtown cameras, is expected to join Citizens on Patrol programs in proposing potential restoration during the police commission’s 2023 budget deliberations.

As Citizens on Patrol remains in limbo, Ward 6 candidate Scott Seguin has launched his own Neighborhood Watch program with a handful of fellow self-employed volunteers patrolling the Valley early in the morning.

While supportive of the sentiment behind Seguin’s efforts, Reed said they were “a little concerning.”

While patrolling citizen vehicles provided to volunteers for patrol are clearly identifiable by their decals, he said unmarked vehicles patrolling the streets with their windows down could attract unwanted attention.

“I know if I was out in the middle of the night and saw a strange unmarked car patrolling the streets, I would take the license plate and report it to the police,” he said, adding that this could create unnecessary work for the police.

It’s a relief to hear that city police are considering the possibility of reinstating the Citizens on Patrol program, Reed said. While he understands why the program was put on hold when the pandemic started, he thinks there’s less reason for it now that the restrictions have been pretty much lifted entirely.

“If they don’t have it in their budget to bring it back, it’s a sad situation because petty crime is going to increase,” he said.

The fleet of Citizens on Patrol volunteer vehicles once used have since been sold. In the event funding for the program is restored, Dunn said city police would have to divert some ex-police vehicles slated for public auction to the program.

The city will also need to start recruiting volunteers, Reed said, estimating that of the 150 people who have volunteered for the Citizens on Patrol program and the downtown cameras, about half have turned in their uniforms.

In addition to conducting regular patrols, volunteers attended public events where they helped educate the public about what Citizens on Patrol was, as well as safety tips.

“When the public is made aware of this additional service, it reminds them to be more vigilant about protecting their own properties as well.”

Although the city council as a whole has limited say in the configuration of the police budget beyond the total amount of the municipal contribution, two members of the city council sit on the decision-making police board, including chairman Al Sizer (district 8) and Joscelyne Landry-Altmann (district 12).