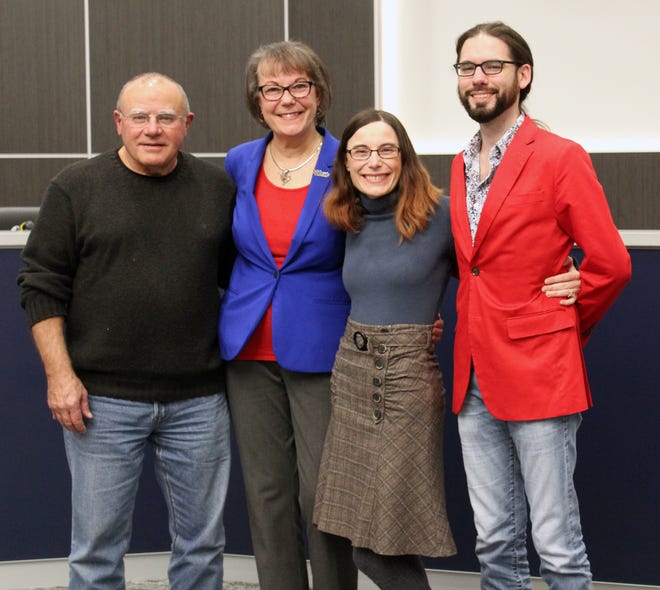 She wants to take more outdoor walks with her neighbor. She wants to clean the house. And maybe, just maybe, she will recycle the 200 to 300 campaign posters left over from the previous election.

“I still have a plethora of signs in my basement since I ran for office,” said Matacic, who ends 20 years of continuous service as a director of Liberty Township this month.

“They can be cleaned in January, we’ll see.”

What she won’t do is plan her schedule around the bimonthly meetings of Liberty Township trustees on Tuesday night or the many government, civic and other related groups.

There won’t be many trips to Columbus to testify on behalf of or against the law.

” I was lucky. I had a very loving husband who tolerated a lot. John has taken the backseat for the past 20 years. It’s time to put him in the front seat, ”said Matacic.

“It’s time to get it right without looking at my calendar. It’s time to stop and smell some roses.

Already on his schedule is an April trip along the Kentucky Bourbon Trail. She also wants to visit her daughters Catherine and Janice in Washington, DC and Chicago, respectively.

“I have a passport for the national parks,” Matacic said. “I have a few stamps and I would like to have more. John and I love the hike.

Matacic started his service as a volunteer

Those who know Matacic say they are grateful for her service, which began long before she was elected to power in November 2001. It started when she and Katy Kern organized the first Day of the Parade. Independence in the canton in 1986.

Beyond that there were many volunteer projects with township parks, Lakota schools, a township newsletter, scouts, and his work with Butler County Master Gardeners.

“She is the hardest working administrator in the state of Ohio, bar none. I have no doubt that if one of your guys didn’t show up she would step in, ”Lang said.

“If you needed someone to do the roads because one of your plow guys was away, Christine would step in and plow the roads. She will do whatever she has to do to get things done.

On two occasions, Matacic was interim administrator of the canton: three weeks in 2003 and from January to July in 2004.

During his tenure as a trustee, three fire stations were built, the Liberty Center opened, the Children’s Hospital Medical Center and Christ Hospital opened facilities in the township, and the population grew from 22,819 in the 2000 census to 43,999 at the 2020 census.

“It affected the county and the state. It’s amazing what she has done in a lifetime, ”said Tom Farrell, another administrator, noting that Matacic has helped guide most of the explosive growth the township has experienced.

“She educated me, she guided me, she supported me, she yelled at me – and she did it all with that smile on her face. She did it for one reason and one reason only – to improve Liberty. “

Matacic quickly points out that the projects she has been involved in have only been achieved through teamwork – with fellow Trustees, staff, volunteers and through public-private partnerships with the business community.

“I’m grateful and grateful to have been part of a team that gets things done,” said Matacic.

“It’s not just me, it’s the team. These are the volunteers that we have in place. They all help to move ideas forward. This is how we get things done in this township.

“You are passionate. Everything comes from the heart. You dig deep into the details.

Schramm also said his extensive knowledge of the township’s history, attention to detail and research will be missed by the township.

“She’s almost like a historian,” Schramm said. “His files are more important than those of the municipality (files). She pointed to all the I’s and crossed all the T.

Farrell added, “Christine will be missed, but never forgotten. As she retires to move on to another chapter in her life, I also know that she will stay involved as her passion will not allow her not to stay engaged to some extent.

Matacic admits she will remain involved on the board of directors of the Ohio-Kentucky-Indiana Regional Council of Governments – this time as a citizen. She also plans to meet with the Butler County Women in Politics group that she started 15 years ago with former Hamilton City Councilor Kathy Becker.