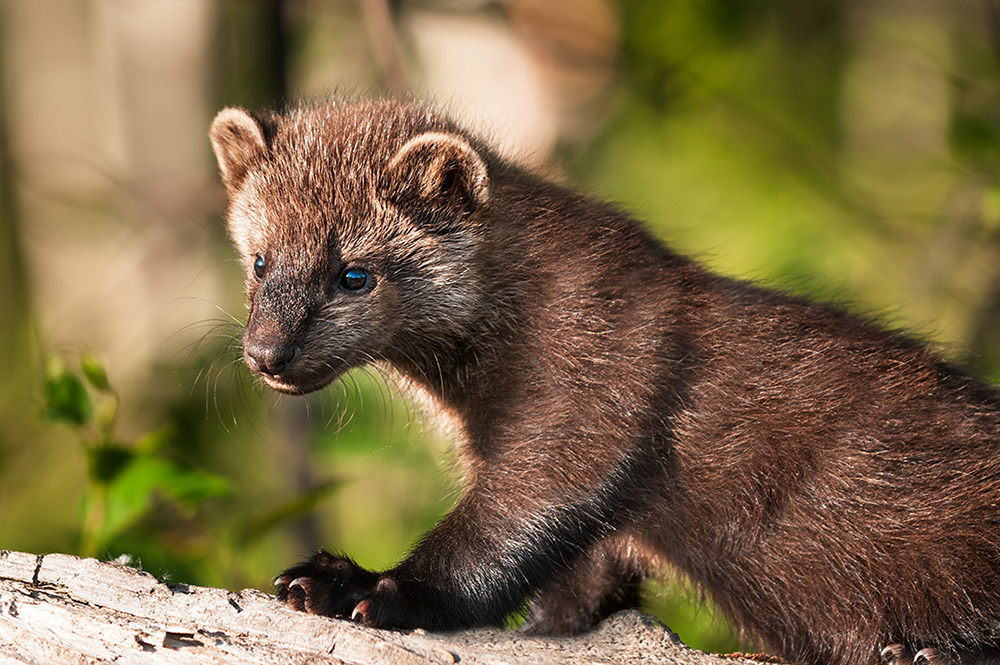 Would you like to help the California Department of Fish and Wildlife (CDFW) recover and rehabilitate animals after they have been injured or orphaned by wildfires? Why not support CDFW’s research into why California’s sea otter population is unable to thrive in its native coastal waters? Or how drought and climate change are affecting native California plants and wildlife?

You can have a positive impact on these key issues affecting native California species when you donate to CDFW’s tax withholding funds on your California state income tax Form 540.

Donations to the Voluntary Tax Contribution Program for the Preservation of Rare and Endangered Species (line 403) have helped fund work to benefit California’s endangered plants, wildlife and fish since 1983. long fingers of Santa Cruz. The funds also helped the Southern Sierra Nevada fisherman, a small carnivorous mammal in the family Mustelid (commonly known as a weasel), to rise from extinction. These are just three of more than 1,000 native animal species and 5,000 native plant species threatened by habitat loss and climate change in California. Of these, at least one-third of the plants and two-thirds of the animals are endemic species found nowhere else in the world. More than 300 are designated by the state as rare, threatened or endangered. Habitat loss, water management conflicts, invasive species and the general effects of climate change are the greatest threats to their long-term survival.

Contributions to the California Sea Otter Voluntary Tax Contribution Fund (line 410) are split between the CDFW and the State Coastal Conservancy for the benefit of southern sea otters. Southern sea otters are the smallest of all marine mammals and once lived in coastal waters along the entire California coast. They play an important role in supporting the coastal marine ecosystem by helping to maintain healthy kelp forests and sea grasses. Since 1995, California’s sea otter population has fluctuated between 2,000 and 3,000, as their numbers have been slow to rebound due to a variety of factors, including pollution, ship strikes, and pests from land animals. . CDFW uses its share of tax donations to fund research into the causes of sea otter mortality. The Coastal Conservancy uses its share for grants to support research and aid in the recovery of the sea otter population.

Donations to the California Wildlife Rehabilitation Voluntary Tax Contribution Fund (line 439) help support the care provided by licensed wildlife rehabilitation facilities to injured, sick, and orphaned California native wildlife. CDFW uses donations to provide funds directly to wildlife rehabilitators statewide through a competitive grant program. Grants are used to support activities that include, but are not limited to, innovation in animal care during rehabilitation, veterinary treatment, dietary and behavioral fortification, facility operation, post-disease monitoring, release and conservation education for the public and local communities. Licensed Wildlife Rehabilitators are important non-profit partners who strive to provide highly specialized, quality care for wild animals in preparation for their return to the wild. They often struggle to function during tough economic times. Donations to this fund will help California’s native wildlife in need more than ever!

The California state tax deadline for filing your 2021 taxes with the Franchise Tax Board is April 18, 2022. If someone else is preparing your tax return, let them know you want donate to the Rare and Endangered Species Voluntary Contribution Program (line 403 on tax form 540), the California Sea Otter Voluntary Tax Contribution Fund (line 410), and/or the Native California Wildlife Rehabilitation Voluntary Tax Contribution Fund (Line 439). If you use tax preparation software, go to the contributions section on Form 540 near the end of your tax return and make a voluntary contribution. Contributions must be $1 or more, in whole dollars. These contributions help CDFW acquire federal matching funds for research, investigation and surveillance projects. They also help support the recovery and rehabilitation of injured, sick or orphaned wildlife and conservation education. Thank you for helping us save our most vulnerable plant and wildlife species.