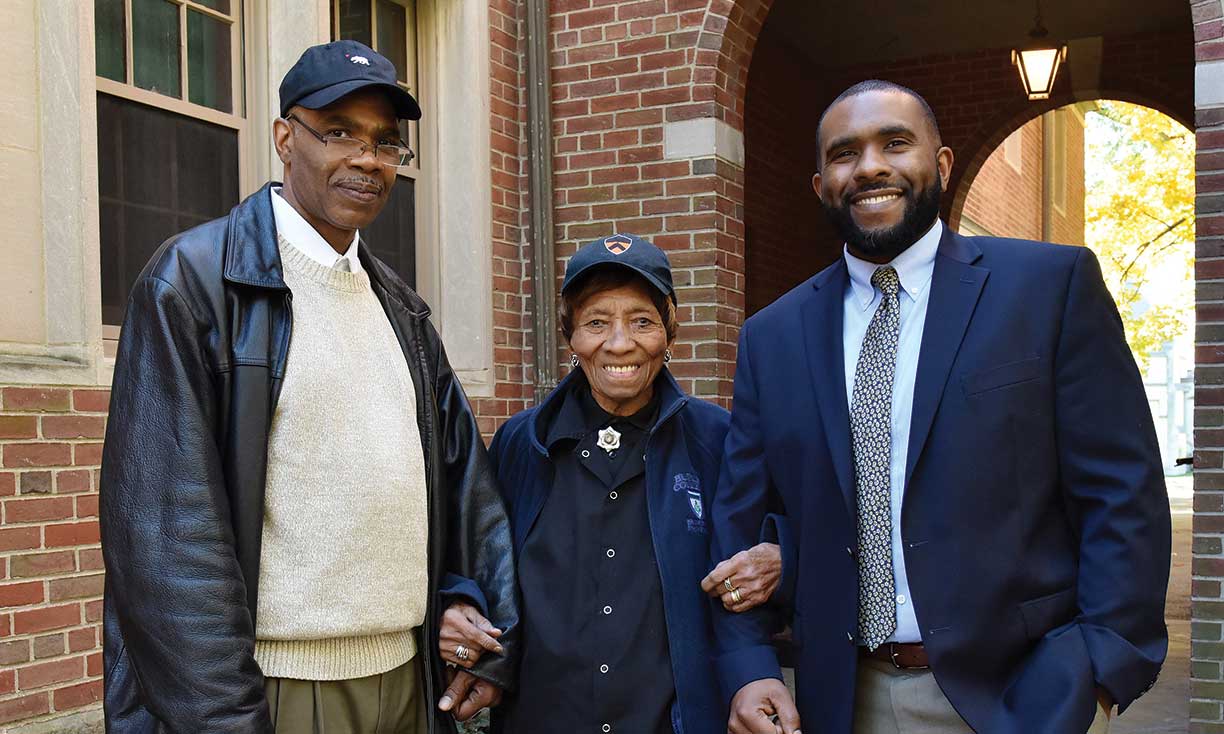 Laura Wooten, center, with two of her grandsons, Isaac Love III, left, and Caasi Love, in 2018

Growing up in Princeton, Caasi Love always knew where her grandmother Laura Wooten would be on Election Day: at the polls. “I don’t think we ever thought twice about it,” said Love, deputy director of finance and planning at Princeton School of Engineering.

It wasn’t until relatively late in Wooten’s life that the wider community learned how remarkable her service as an election volunteer had been: the longtime employee of Campus Dining was the oldest officer poll in the United States, beginning the role at Princeton as a recent high school graduate in 1939 and continuing in nearby Lawrence Township until 2018, months before her death at age 98.

In June, the University decided to honor Wooten by renaming a building on campus, the former Marx Hall, Laura Wooten Hall. President Eisgruber ’83, who thanked the CPUC Naming Committee for its recommendation, said in an announcement, “Adding Laura Wooten’s name to our campus tapestry will recognize Princeton’s history, the reach of our community and the positive impact a remarkable individual can have through their lifelong dedication to public service and civic values.

Nominating committee chair Beth Lew-Williams, an associate professor of history, added that Wooten’s life “offers a powerful example of how ordinary citizens can render extraordinary service to the nation.”

Love said her grandmother’s contributions were informed by the value of voting for those who were denied that opportunity. She was born in 1920, the year the 19th Amendment gave women the right to vote, and lived through the suffrage efforts of the 1950s and 1960s. “I think it was ingrained in her, to make sure people had a voice through the democratic process,” Love said.

Wooten’s survivors include 16 grandchildren (including Isaac Love III, who works at Princeton as a caretaker) and 31 great-grandchildren. Caasi Love said the family looks forward to celebrating their legacy at an upcoming groundbreaking ceremony.

Wooten’s contributions were honored last year by the New Jersey Legislature, which passed the Laura Wooten Law, a measure that requires colleges in the state to teach civics and active citizenship.

Princeton first announced plans to rename Marx Hall in 2019, saying its donor was unable to deliver on its promise. The building houses offices and teaching spaces, a departmental library and the University Center for Human Values.