Breaking Down Details of an IRS Complaint Filed Against Summerfest | WUWM 89.7 FM 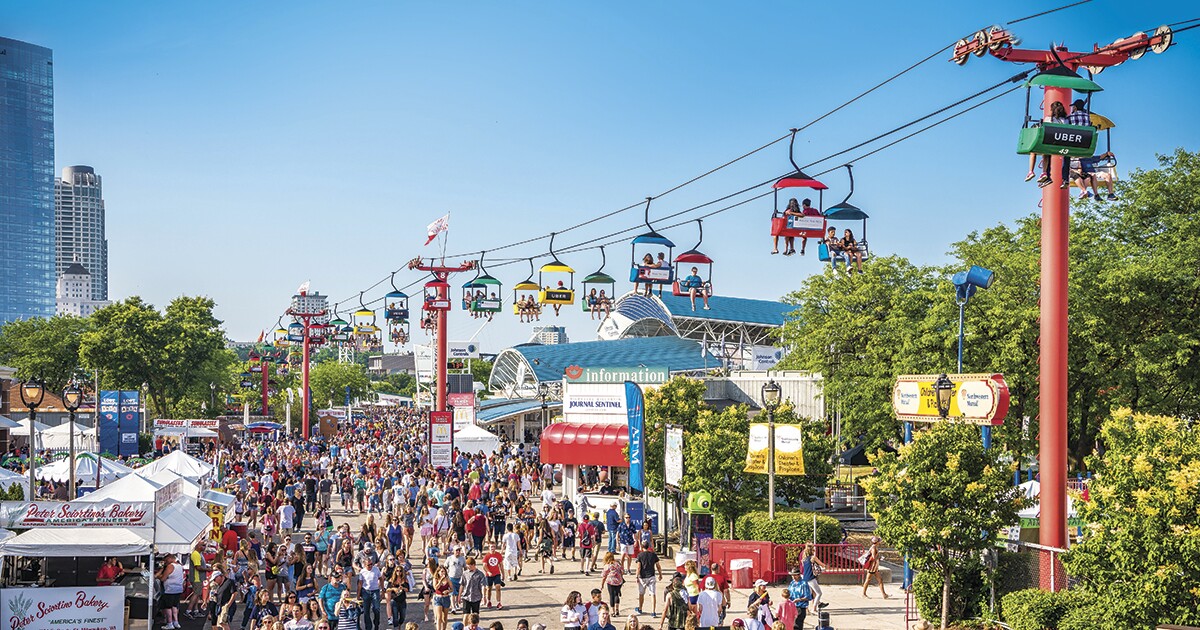 Last month, Urban Milwaukee obtained a copy of an IRS complaint filed against Milwaukee World Festival, Inc. — the nonprofit entity that operates Summerfest. The complaint challenges the non-profit status of the festival and claims that Summerfest essentially operates as a commercial entity.

The complaint also includes a set of activities that directly compete with for-profit businesses in the area to “monopolize the Milwaukee music venue market through restrictive contractual provisions and partnerships with for-profit entities.”

Urban Milwaukee editor and columnist Bruce Murphy revealed this story recently, and he notes that at this time the identity of the person who filed this complaint is unknown. The complaint was disclosed to him and was prepared by a Kansas attorney.

Murphy explains: “This complaint argues that Summerfest has become over the years much more like a private entity. They have a very close relationship with Live Nation, which is pretty much a monopoly in the concert business, since they merged with Ticketmaster years ago.”

Other complaints in the filing point to Summerfest paying 50% to 100% above market prices for artists and having them sign contracts that prohibit them from performing anywhere in Milwaukee six months before their performance at the festival – thereby reducing profits for other venues in the city like The Rave and The Pabst Theater Group.

While Summerfest’s mission statement mentions nothing about making lucrative business deals, Murphy points out that even their salary structure is that of a for-profit rather than a nonprofit.

He says Don Smiley, director of Summerfest, has earned nearly $2.5 million over the past two years in compensation.

He points out that Summerfest was founded by the City of Milwaukee, that the grounds are on municipal land, and that the city charges a below-market rate for the land occupied by Summerfest. “So you could say it’s been kind of a partnership between a non-profit organization and the city,” Murphy notes, “but Summerfest management told me that basically they don’t see it from that way they see themselves as a private company.”

Summerfest denied the complaint in its entirety and argued that there was no basis for any part of it, according to Murphy. They also said they were ready to cooperate with the IRS if there was an investigation.

More often than not, Murphy says the IRS is more willing to fine a nonprofit than to revoke its tax-exempt status.

“The IRS does thousands of audits of nonprofits a year, that’s what I’ve learned. However, it’s rare that they take away someone’s tax-exempt status. So I would say the chances of this complaint succeeding are probably low,” he said.

From Murphy’s perspective covering Summerfest during his career, the public still regards Summerfest as a beloved institution and most people won’t care about the IRS complaint. Instead, he says, the city could pay more attention to the changing of the guard at Summerfest.

Smiley himself is expected to leave in a year or two, and Bob Babisch, an instrumental person in booking musical acts for the festival, is retiring after the 2022 season and considering a consulting role.

“Management is changing, this could be an opportunity to discuss Summerfest’s role – if its relationship to the city and how it works needs some reconsideration,” Murphy said.