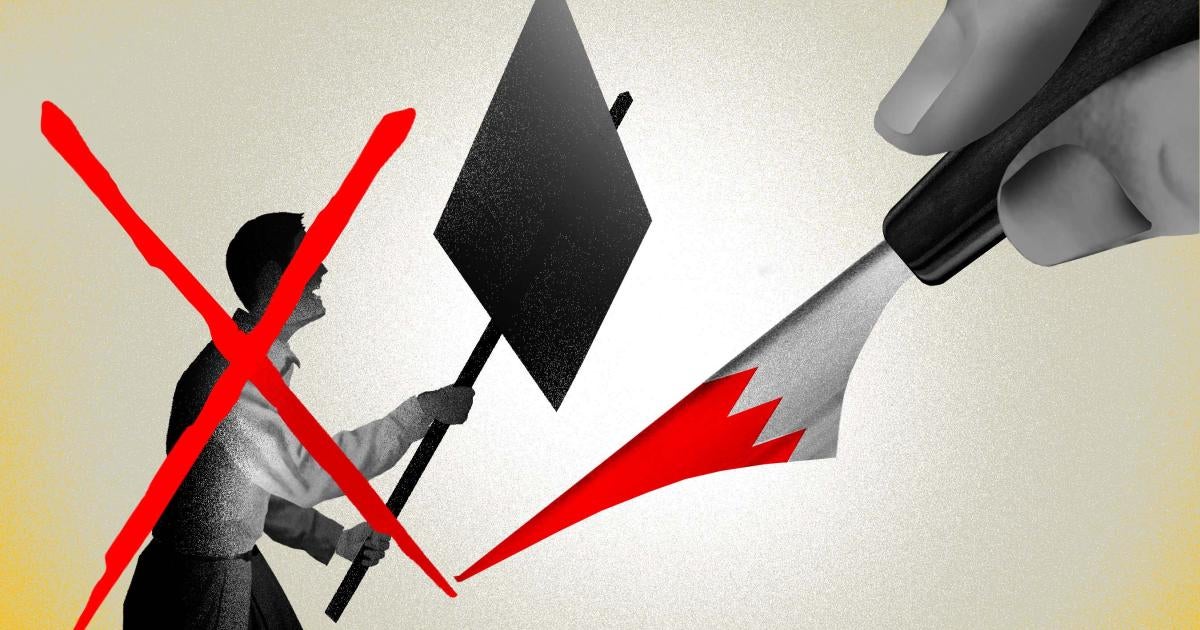 (Beirut) – The Bahraini government is using its political isolation laws and a range of other tactics to prevent activists and former members of opposition parties from holding public office and other aspects of public life, said Human Rights Watch in a report released today.

The 38-page report, “You Can’t Call Bahrain a Democracy: Bahrain’s Political Isolation Laws,” documents the use of Bahrain’s 2018 Political Isolation Laws to block political opponents from running for seats of parliament or even to sit on the boards of civil society governors. organizations. Human Rights Watch has found that the government’s targeted marginalization of opposition figures from social, political, civil, and economic life in Bahrain has resulted in a range of other human rights violations.

“Bahrain has spent the past decade suppressing peaceful dissent, and political isolation laws are another example of government repression extending to new spheres,” said Joey Shea, Middle East and North Africa to Human Rights Watch. “These draconian laws have made a mockery of the upcoming parliamentary ‘elections’ in Bahrain, which cannot be free or fair when you make all political opposition essentially illegal.”

Bahrain’s judiciary dissolved the country’s two main opposition parties, al-Wifaq and Wa’ad, in 2016 and 2017 respectively. Political isolation laws introduced new punitive consequences by punishing individual members of these groups in perpetuity. The law also targets activists and human rights defenders who were arrested in connection with the large-scale government crackdown during and after the peaceful pro-democracy and anti-government uprising of 2011. The final clause of the laws on political isolation, concerning people who have “disrupted” constitutional life in Bahrain, has been interpreted by Bahraini lawyers and civil society as targeting former legislators and others who have resigned or boycotted their elected positions in protest against repressive government policies.

In the November 2018 parliamentary elections, the first election in which political isolation laws were in effect, at least 12 former opposition figures were banned from running by Bahrain’s Justice Ministry. Many others believed they would be victims of the law and boycotted the elections.

In addition to cases of people barred from running for office, Human Rights Watch documented three cases of civil society organizations that found it difficult to form a board of directors and continue their activities due to the impact of these laws. They are: the Bahrain Human Rights Society, the Bahrain Women’s Union, a group of 13 groups that defend women’s rights in Bahrain, and the Bahraini Society for Resisting Normalization, which opposes the normalization of relations with Israel.

The delays in allowing the groups to form a council had devastating consequences. If a new council is not elected and confirmed before the expiry of the previous council’s two-year term, the Ministry of Labor and Social Development suspends access to the organization’s bank accounts and funding sources, forcing the association to cease its activities. Vacancies on boards also allow the Ministry of Labor and Social Development to appoint new members, raising concerns that boards could eventually be filled with government supporters and “become increasingly more pro-government,” as one activist told Human Rights Watch.

A member of a civil society group said that “more than 80% of the members cannot be candidates because they belonged to either Wa’ad or al-Wifaq or another organization dissolved by the court” . Bahraini activists fear that the law will ultimately prevent civil society organizations from making progress on human rights, as they cannot be seen as critical of the authorities.

The Bahraini government also uses a form of economic sanction against opposition figures by denying them “good conduct certificates”. The certificate is issued at the discretion of the General Directorate of Crime Detection and Forensic Evidence of the Ministry of Interior and is required for Bahraini citizens and residents to obtain employment, apply for university admission or even join a sports or social club. Former prisoners wait months or years for the certificate. Some opposition figures are denied the certificate outright, harming their ability to support themselves and their families.

A member of civil society in Bahrain told Human Rights Watch, “A friend wanted me to be the headmaster of the school, but the ministry refused the certificate so I couldn’t work. The school owner was informed by the ministry that they could not accept me because I was a member of a political society.

The report also documents the continued detention and summons of Bahraini citizens for speech-related offences. A former Bahraini journalist said that due to “continuous arrests from 2011 until 2017, fear has become part of what people experience on a daily basis. It has become normal for people to self-censor and shut up before reacting.

The Bahraini government should repeal the political isolation laws of 2018, end the practice of denying certificates of good conduct to punish suspected opponents, and restore all legal, political and civil rights to all Bahraini citizens. It should restore previously dissolved political societies, lift all restrictions on opposition figures regarding candidacy for legislative and municipal elections, end restrictive measures that undermine the basic functioning of civil associations, and release anyone imprisoned solely for his peaceful political activities.

Other countries, including close allies of Bahrain such as the United States, United Kingdom and European Union states, should pressure the Bahraini authorities to end the crackdown on the peaceful opposition and civil society, and reject the results of what will be unfree and unfair parliamentary elections in November. if they don’t.

“Bahrain’s once-vibrant civil society and opposition coalition are being wiped out by laws codifying government repression,” Shea said. “No one should be under the illusion that Bahrain’s ‘democratic institutions’ are anything but a sham.”