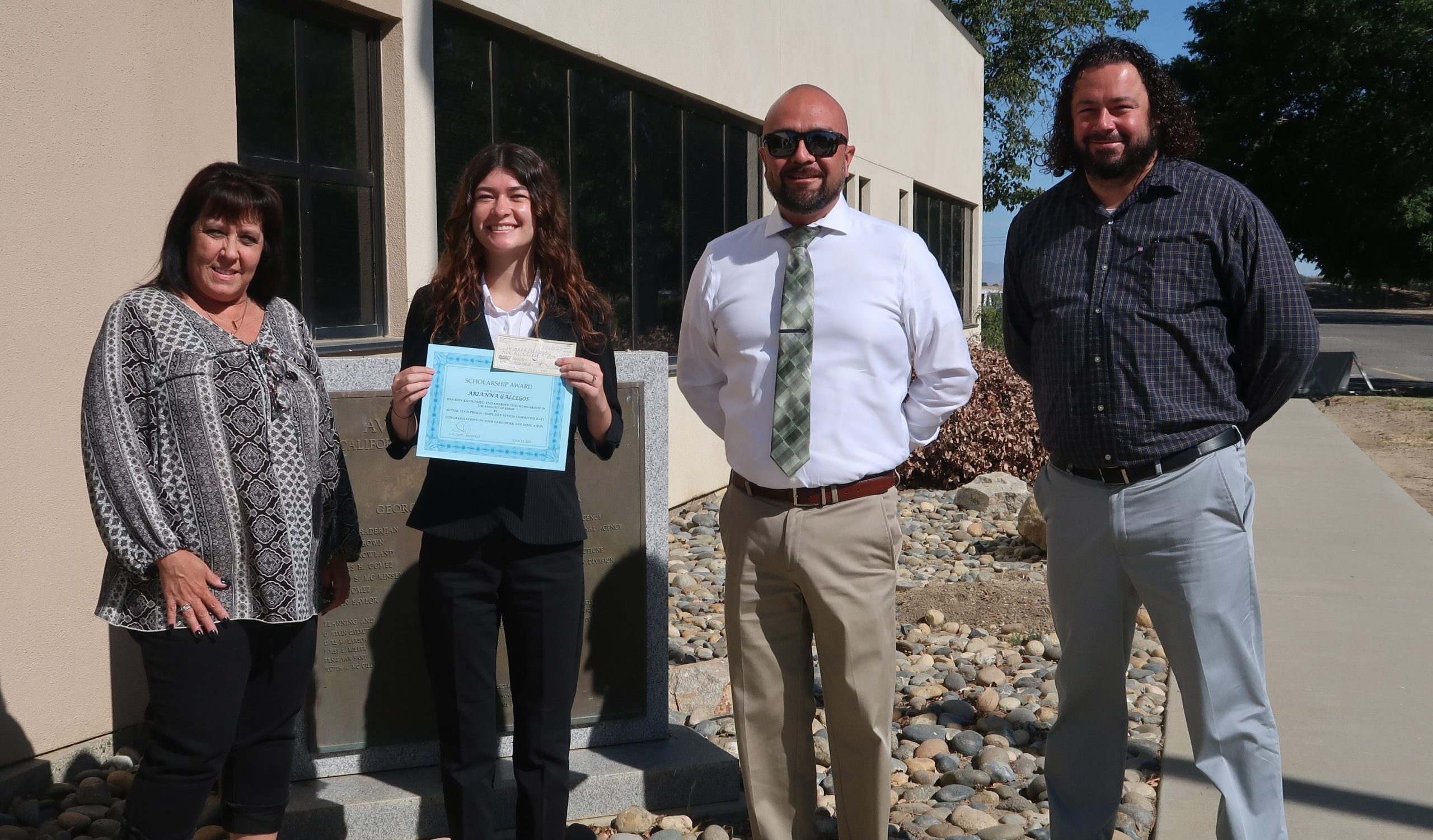 Kaylin Valenciano of Avenal High School had a 4.38 GPA and earned an Associate’s degree in Plant Science and an Associate’s degree in Liberal Arts Math and Science. Kaylin had been enrolled in college preparatory classes since her freshman year. She has held senior positions at ASB. She was a full-time volunteer with the Responsible Athlete Program and helped by helping with set-up and clean-up before and after events. She coached young people and played soccer for 4 years. Kaylin will be heading to California State University, Fresno in the fall.

Diana Perez, also of Avenal High School, had a 4.23 GPA and had been enrolled in college prep classes since her freshman year. Diana received only one “B” grade during her entire high school career. While helping her mother raise her three younger siblings, Diana became the first member of her family to attend college. She plans to attend UCLA to study political science with the goal of becoming a defense attorney.

Brenna Baker, daughter of ASP Correctional Records Officer Chris Baker, is a graduate of Coalinga High School and will be heading to West Hills Community College in the fall. Brenna’s goal is to earn an Associate of Arts degree and transfer to California Polytechnic State University (Cal Poly) in San Luis Obispo to complete her undergraduate studies and then apply for the master’s program. to complete her training and begin a career as an elementary school teacher. .

Arianna Gallegos, daughter of prison M&SSII Michael Gallegos, is a graduate of Lemoore High School and will be attending West Hills Community College in the fall, with career aspirations in mental health. Adrianna had a cumulative GPA of 3.95. Arianna was a member of the California Federation Club for four years, participated in several volunteer projects with the Breast Cancer Center at Central Valley Community Hospital in Hanford aimed at uplifting cancer patients during chemotherapy, as well as doing volunteer work at a local elementary school.