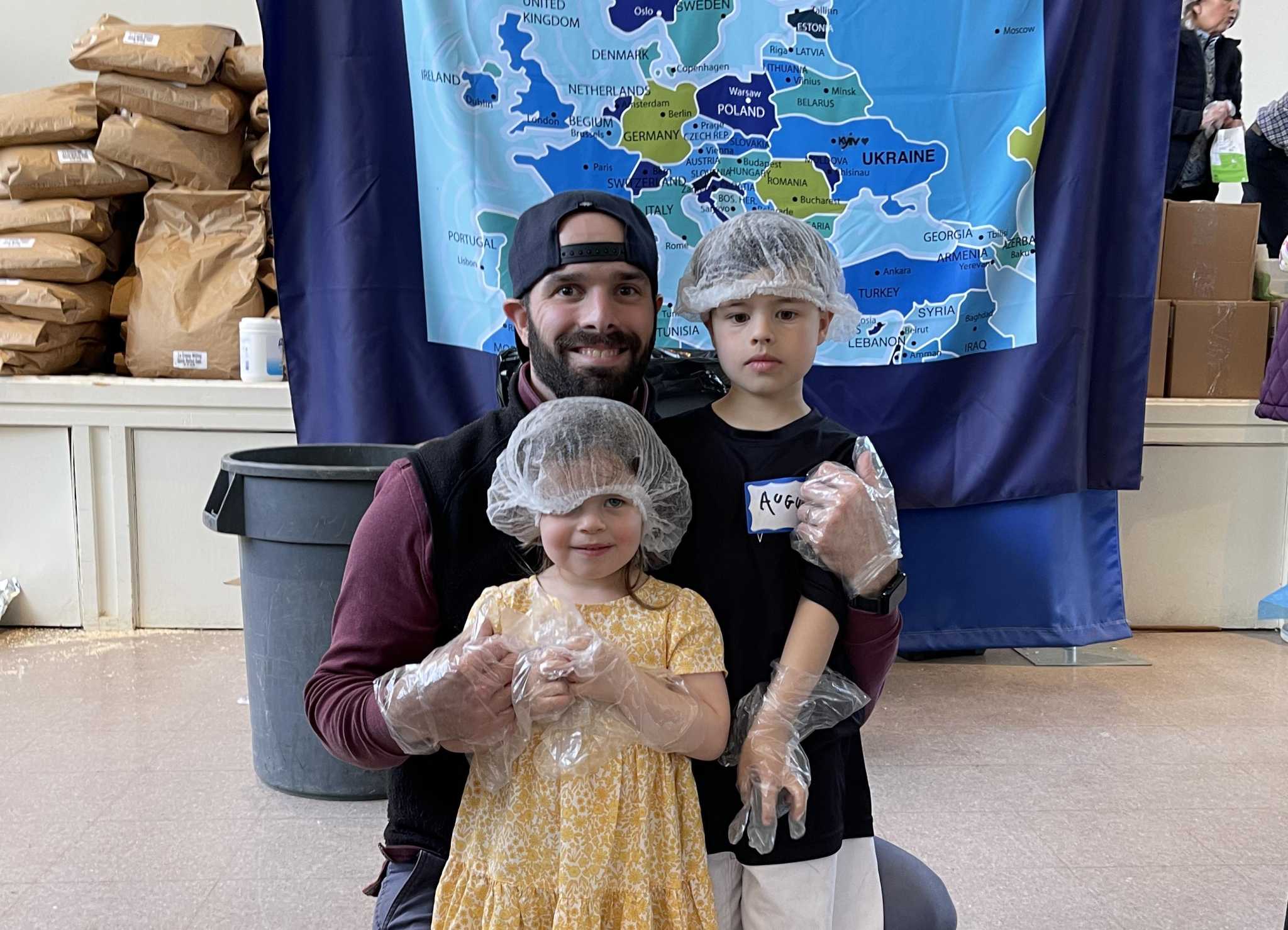 GREENWICH — Lisa Tebbe, whose own parents were refugees during World War II, has been involved in a local humanitarian effort to help feed refugees who have left war-torn Ukraine since the Russian invasion in February .

Tebbe joined hundreds of fellow Christ Church Greenwich parishioners and other volunteers in preparing meals to send to Poland, which has taken in around 2.9 million of the more than 5 million Ukrainians who have fled their homeland.

“To know that we’re feeding people and there are people who really don’t know when their next meal is coming, or where, we’re going to meet that need,” Tebbe said.

Christ Church has now held two sessions of the Emergency Packathons, with 425 volunteers packing 75,000 meals and raising $27,200 for the effort.

“Everyone has been so wronged by the Russian invasion,” Reverend Marek Zabriskie said in a recent statement on the food drive. “Someone once said, ‘Look for the angels.’ Well, the angels are here.

Last Friday evening, about 200 people from across the region turned up at the Episcopal Church on East Putnam Avenue to load dried starches, as well as dehydrated vegetables, powdered vitamins and bean protein, into boxes. sealed. Volunteers weighed the packages, sealed them and boxed them for distribution.

Volunteers assembled a total of approximately 35,000 meals in the church hall during the shift.

The parcels are a simple and economical way to feed children and families, who are taking refuge in Poland as the war in Ukraine has raged since the Russian invasion about 10 weeks ago, organizers said.

During the previous Packathon at Christ Church on March 26, approximately 250 volunteers prepared 36,000 meals for Ukrainian refugees. These meals were due to arrive in Poland on Tuesday. The shipping company, which picked up the container from the New Jersey docks, shipped the food to Poland for free. Church members collected funds to buy the food.

A large amount of preparation has gone into the Emergency Packathon event, the second such operation the church has carried out in recent weeks. Co-chairs and parishioners Dan Broderick and Melissa Redmond organized the volunteers and gave them training after they arrived for the packing job, also working on the logistics and delivery system.

Additionally, a team of parishioners and clergy from Christ Church are working to help refugee families resettle in the United States. “The situation in Ukraine is extremely important,” Zabriskie said. “It’s hard to watch the news and sit still. We pray for people who are suffering and we want to help in any way we can.”

To contribute to Christ Church’s efforts to help Ukrainian refugees or for more information, visit christchurchgreenwich.org or https://onrealm.org/ParishChristChu/-/form/give/now.