As city leaders try to improve Kensington, they too often leave out community members 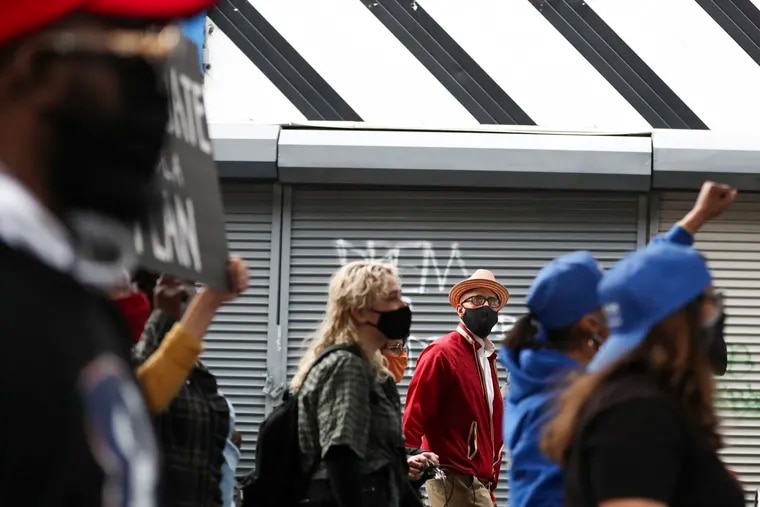 Every morning before I leave my house, I make sure I have an anti-overdose drug from Narcan in my pocket. As I walk the two blocks to the New Kensington Community Development Corporation office and spend my day in my neighborhood, I am hyper aware that I might be needed to support someone who is having a health crisis. mental illness, or to intervene if someone is the victim of a crime. My day usually ends like so many other weary residents – at community meetings where we are presented with the latest and greatest plans to improve our quality of life.

Kensington, like many brownfield areas of the city, has some remarkable and dedicated residents who spend their time making it safer and cleaner. However, it’s still amazing when I stop and think about the level of responsibility placed on the residents of Kensington. We are incentivized to serve as sanitation workers, spending our weekends cleaning up the mess we didn’t create just so we could walk our streets or use our parks. We are asked to join forces as the city’s watchdog to serve as resident law enforcement. We carry Narcan. We are trained in areas such as trauma-informed practices and mental health first aid. And we are expected to show enthusiasm for community progress in meetings with institutions and organizations that have discovered solutions to our community’s challenges, none of which typically address the root causes of the problems. of the area (such as poverty, lack of adequate housing, or poor education) that uniquely affect Kensington.

What is even more amazing is that after being supposed to serve as sanitation workers, law enforcement, paramedics and mental health experts, residents are not included in decisions about strategic plans, money or other resource allocations.

If participation is a ladder that we all constantly climb, here are the rungs: At the bottom, there is coercion and manipulation (non-participation). In the middle, there is information, consultation and engagement/appeasement (symbolic participation). And the upper echelons are co-design, co-production and citizen control (real citizen power). In Kensington, residents too often find themselves on the lowest rungs of the ladder.

Over the decades, the decisions made for Kensington have been political, economic and professional successes for the people who made them, but they have not brought about lasting improvements in the lives of the people of Kensington. For example, as of 2017, the City of Philadelphia closed several large encampments of homeless people along the Conrail tracks running through the south end of Kensington. According to the City, the researchers found that “the encampments remained closed, making the pilot a success.” In 2018, the Zoning Board approved the sale of new single-family homes for $369,000 against these lanes. At the same time, however, the number of homeless people and drug overdoses in Kensington has risen dramatically. In addition to this increased suffering, many residents of Kensington also feel less safe now than they did before the city intervened.

Our city’s leaders should seek lasting change and results that mean something to the people who live here.

If leaders could value and share power with residents in meaningful ways, they could harness not only intimate knowledge of the community, but also the expertise the community has accumulated over years of direct experience. For example, in March 2021, SEPTA suddenly closed the Somerset El stop for repairs with no plans to reopen. In response, local residents, civic associations, non-profits and members of city council met with SEPTA and marched in solidarity with SEPTA workers to protest the unsafe conditions that have been allowed to plague Kensington Avenue. , and SEPTA’s poor planning that placed another burden on residents who were just trying to get to school or work. Thanks to this collective action, SEPTA found a way to reopen the station two weeks later, while repairs continued.

READ MORE: Mayor Kenney’s lack of involvement in Somerset El’s closure isn’t just a transit issue. It is a failure of leadership.

When answers to complex problems are created collaboratively and implemented by those most affected, solutions are sustainable over the long term.

I recognize how difficult it is to build truly participatory frameworks, especially when trying to address entrenched issues like poverty, housing instability, gun violence around the illegal drug economy , the dumping of construction debris or neglected properties held by absentee property speculators. No one has the expertise to sit in every seat. But in a neighborhood like Kensington, everyone’s investment is necessary. I’m lucky that city leaders contact me occasionally because of my title and affiliation. But without it, I’d probably be treated like most other residents: some weird guy in the neighborhood who hauls Narcan will show up to clean up the playground and can be asked about town programs.

To solve the problems plaguing Kensington, everyone – politicians, leaders of nonprofits, city officials, city leaders, residents and myself included – must do better. We can start with:

Kensington’s future success lies in harnessing the abundance of creativity, expertise and determination across Philadelphia, rather than dictating solutions to people who live in the community. Together we can create lasting change.

Bill McKinney is a longtime resident of Kensington and the Executive Director of the New Kensington Community Development Corporation and holds a PhD in Urban Applied Anthropology.