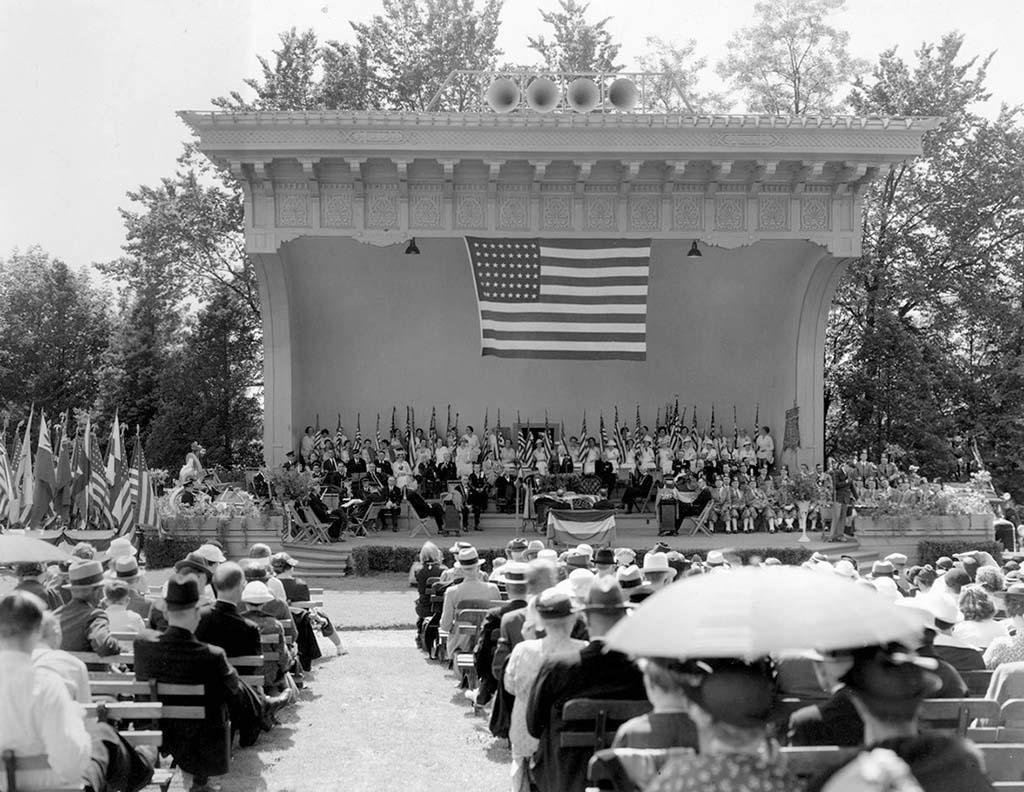 Perhaps the hippie invasion inspired a new look at Volunteer Park. In 1971, the Seattle landscape architect Richard Haag was hired to rework a few aspects, including stretching the art museum entrance plaza to better connect with “Black Sun” by Isamu Noguchi (installed in 1969). He also designed the (very!) minimalist concrete and brick amphitheater stage that stood for 50 years.

While it featured countless performances of music, theater and dance, this trapezoidal stage was neither inspiring nor very functional. (Perhaps Haag’s attention was focused on his genius for reinventing Gasworks Parkwhich he was also working on at the time.) In 2021, Haag’s stage was demolished to make way for a new era of live performance at Volunteer Park.

This weekend marks the official opening of the $3 million amphitheater stage and renovated Volunteer Park Trust lawn, designed by ORA Architects and Walker Macy Landscape Architects. Although the design is still quite minimalist, the new stage has several great features, including a rear wall that can rotate to create an open pavilion and a foot-friendly floor for professional dancing. And as with Gould’s bandshell, performers are shielded from the most soggier elements by a roof – but one that rises upwards rather than ends.

Check it out for yourself during the many performances planned this summer, including Outdoor Shakespeare and outdoor movies. Opening weekend festivities (July 2, 2-7pm) offers a day full of local music, including Taiko Kai, Brittany Davis and LeRoy Bell and his only friends. The same evening (July 2, 7 p.m.) the Seattle Chamber Music Society Gig Truck stops (fresh from its 11 a.m. performance at Victor Steinbrueck Park) to perform classical works that might well have been heard in the old concert grove 110 years ago.