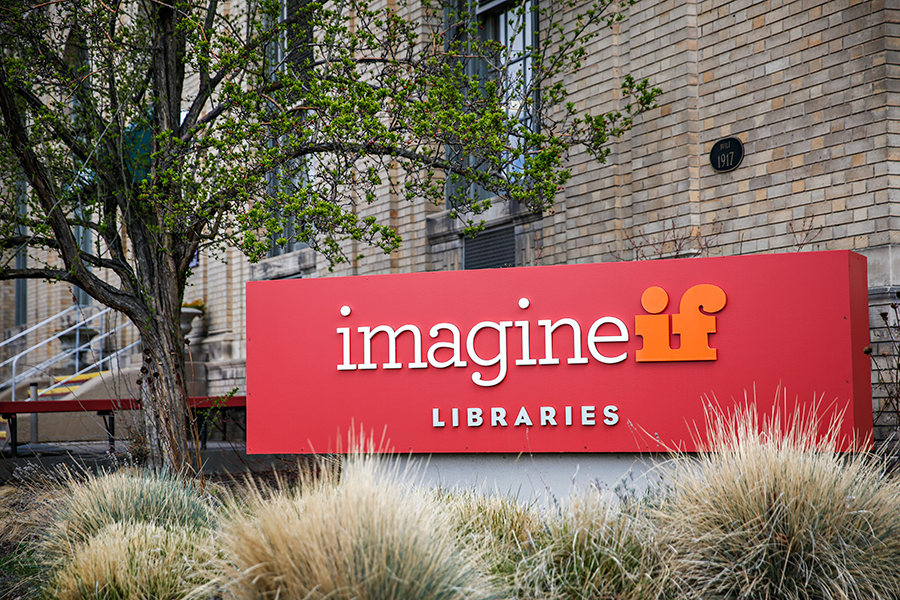 The ImagineIF Library Board of Directors voted 3-2 at a special meeting on January 6 to move forward with the hiring of a new library manager who does not meet the standards for public libraries in the Montana for a community the size of Flathead Valley. The decision was made despite concerns expressed by staff, the ImagineIF Library Foundation and members of the public and will result in a loss of more than $ 35,000 in annual state funding.

The contentious vote means that of 82 libraries in the state, ImagineIF will be one of four that are not certified, according to Montana State Librarian Jennie Stapp, and the only uncertified library serving one more community. of 4,000 inhabitants.

During the months-long hiring process, the pool of candidates for the now vacant position narrowed to two finalists, Abby O’Neill and Ashley Cummins, both of whom visited Kalispell this week and participated in a community open house on Wednesday evening.

At the start of Thursday’s meeting, Administrator Dave Ingram brought forward a motion to consider Cummins for the position of Director.

Cummins is currently library director at the Russellville Public Library in Alabama., a position she has held since 2014. She began as a library volunteer before being invited to become a library clerk in 2010.

“I am what some might call an accidental librarian,” Cummins said at the open house. “After two years, the director of the library asked me if I wanted to be paid for my [volunteer] work… I will never forget the joy I felt that day.

The Russellville Library has a total collection of approximately 26,000 items and only one full-time employee, which was raised as a concern at the Trustees meeting. The collection of the four ImagineIF agencies exceeds 100,000 pieces.

Additionally, Cummins is currently working to complete her bachelor’s degree and although she has expressed an intense desire to pursue a Masters of Library Science (MLS), that goal would be several years away.

This education standard was a major concern expressed by library staff, as well as ImagineIF Foundation CEO Charlotte Housel, two trustees, and members of the public during the nearly two-hour discussion.

Montana State Library exhibits public library standards intended to “identify a basic level of service that residents or visitors should receive wherever they are in Montana” and whereby libraries are eligible for state funding.

By current standards, the director of a library serving a community of more than 25,000 people must have an MLS degree or equivalent to maintain state certification.

None of the finalists considered by the board of directors are from MLS, and with the vote to extend a job posting to Cummins, ImagineIF will lose its certification and annual aid which will amount to $ 35,731 in 2022.

According to Stapp, the state librarian of Montana, a deferral may be given to libraries that may show difficulty meeting certification standards. Board chair Heidi Roedel asked if they could ask for a postponement after the fact.

“What challenges are identified that prompted you to move forward with recruiting where MLS was optional, but not mandatory? Stapp asked. “There are no difficulties, Madam Chair, and it is common knowledge that you made this decision without these difficulties in place. The library will not benefit from this state aid.

Stapp added that if the board decides to restart the recruitment process with the intention of hiring a qualified candidate, a deferral could be granted.

Senior Librarian Sean Anderson said staff were concerned about the loss of state funding since the board began accepting applicants without a graduate degree during the recruitment process.

Administrator Doug Adams, who seconded Cummins’ motion to hire, responded that he would be prepared to ask commissioners to increase the library’s budget to cover the deficit, despite his earlier opposition to the request for ‘a budget increase, calling it unsustainable. Asked after the meeting about his sudden desire to increase the library’s budget, Adams said he felt comfortable doing so now that the board was “thinking outside the box” and “showing commitment. financial responsibility ”.

Housel has expressed his own concerns about Cummins’ inexperience in fundraising, particularly with the foundation in the midst of a fundraising campaign for the Bigfork Library.

“Hiring someone with no demonstrated enthusiasm or experience in these areas would really hurt our ability to go through the process, that would be a big hurdle,” Housel said.

Adams asked for clarification on the extent to which a manager’s role should include fundraising.

“I felt like [former director] Connie [Behe] spent probably 90% of her time talking with the community, advocating and probably fundraising, as opposed to what I see as the core values ​​of management: providing leadership to staff and actually being in the library ” Adams said. “I have the impression that too much time has been spent on this in relation to the management of the library. “

Trustees Marsha Sultz and Connie Leistiko have also expressed “serious concerns” about the hiring of Cummins.

“She will be bombarded with everything a director has to face: talking to audiences knowingly, fundraising, managing a budget, dealing with staff, dealing with the community. I just think she will be outdated and I don’t want that for her or for us, ”Sultz said. “Wouldn’t it be better to hire someone who has experience in all of these subjects than trying to teach someone from a small library how to grow in ours?”

“She gave me no reason to be concerned about her ability to lead and manage,” Adams replied. “I have no worries at all right now, other than fundraising. I love an outsider and I love to see someone grow and flourish.

Anderson shared concerns similar to those expressed by Sultz, and added that while he had more faith in the other candidate, O’Neill, both candidates lacked a critical level of preparation for the role.

Anderson, Sultz and Housel both said O’Neill was a more qualified candidate and would take on the role more easily than Cummins, but expressed dismay that neither candidate met state certification standards.

“We risk losing our accreditation, we risk losing state funding, we don’t agree on any of these candidates,” Sultz said. “I would rather start over and try to find someone better and I would like to increase the salary to find better candidates.”

Andrew Nelson, a recruiter with CPS HR Recruiting, an agency hired to do the research, told the board that about 70% of the initial applicants had an MLS or equivalent degree, but all withdrew or were eliminated from the pool of candidates. Nelson explained that the candidates cited insufficient pay and recent negative media surrounding the library, its trustees and the departure of the acting director as reasons for their removal, and said restarting a research process successful would require an increase in pay.

“It will cost us a lot more than the money we are wasting,” Adams said. “So from a budgetary standpoint, it makes absolutely no sense to go back to the drawing board.”

Adams, Ingram and Roedel voted in favor of the rental with Sultz and Leistiko opposed. Housel, as representative of the foundation, is a non-voting member of the board of directors.

“When someone walks through the library door and gets the service they want, that’s what matters to me,” Roedel said after the meeting. “We will work hard to be the best library we can be and if our customers are happy and our taxpayers happy then accreditation does not matter.”

In a heated exchange after the meeting, an emotional Anderson confronted Adams about the board’s continued disregard for comment and advice from library staff and supporters.

“Where’s the confidence?” Which side are you on? Where is the support for the library? “