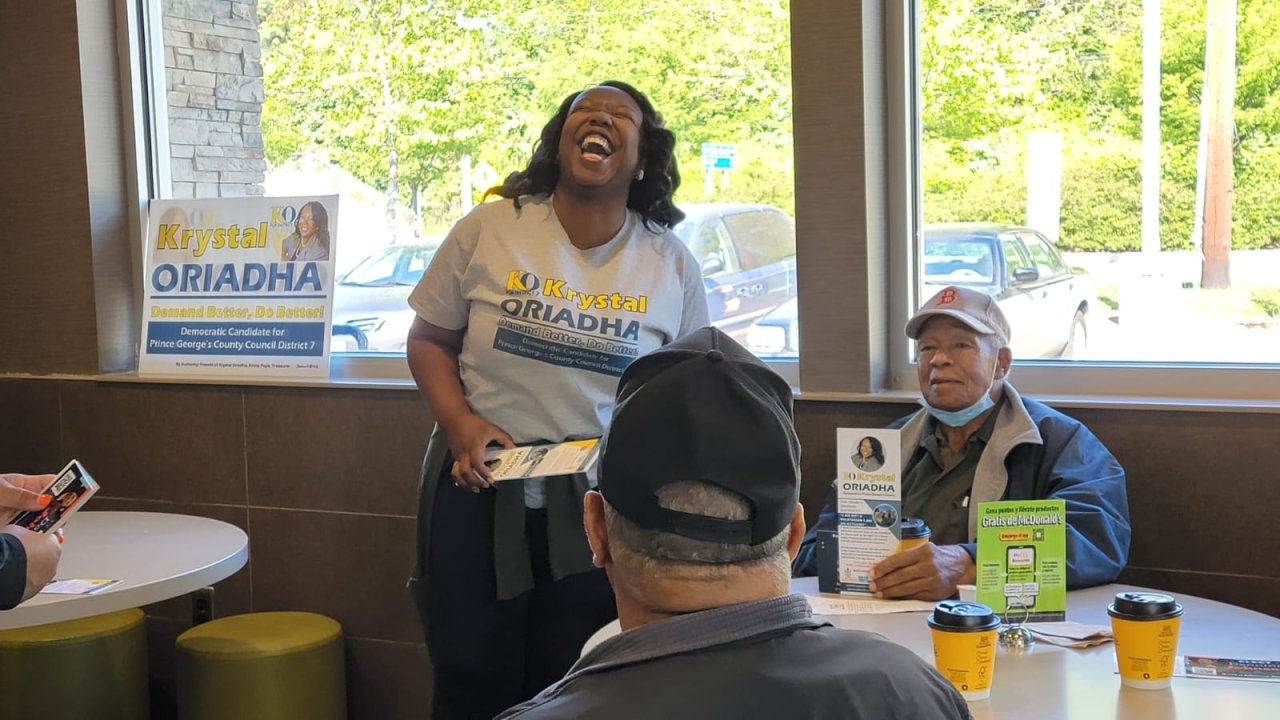 SEAT PLEASANT, Md. (DC News Now) – More than 90% of voters in Prince George’s County District 7 chose a new county council member on Tuesday. Krystal Oriadh has lived in District 7 for nearly a decade and she plans to tackle security, infrastructure and unity with her new title.

Some residents say they feel neglected when it comes to safety, infrastructure and more and Oriadha says she’s ready to be their voice at the table.

“I’m tired of seeing only tobacconists and liquor stores inside the ring road. We need access to quality groceries, restaurants, entertainment and shopping. We need to see the same amount of investment in infrastructure and business that you might see Laurel, Bowie, Hyattsville, we deserve the same in our community,” she said.

Krystal Oriadha has lived in District 7 for almost a decade. As a community leader and now an elected council member, she says district development is a top priority.

“We don’t have money, for example, for parking planning for district seven, not a dollar in 2023. So I’m going to focus on embezzlement to make sure our district isn’t left behind. aside in the next budget cycle,” she said.

Another problem is crime, especially incidents involving young people. A 13-year-old boy was shot multiple times outside a house in Hillcrest Heights on Tuesday.

Oriadha believes in giving voice to the community.

“I will be creating roundtables for civic associations, for nonprofits, for businesses, and for all of my municipalities, because my goal is to bring the community together on these conversations. Ensuring stakeholders have a seat at the table,” she said.

Oriadha will be sworn in to her position in December.