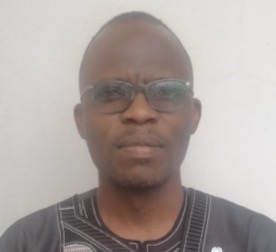 “Our mission has already been presented during the presidential election of December 04, 2021 in the Republic of The Gambia,” the statement said.

However, the press release adds that the overall objective of the mission falls within the framework of the Declaration of Principles for International Election Observation (UN, 27 October 2005), the promotion of credible elections and good governance in Africa as well as the legal framework for the presidential election in the Republic of The Gambia.

According to the statement, the Joint Mission formulates its preliminary conclusions on the progress of the process impartially and will continue to observe the post-election aspects until the results are confirmed.

“Thereafter, the mission will publish in the coming days, a detailed final report to the Gambian authorities, to all actors involved in the process and to the international community on all phases of the April 2022 election in the Republic of The Gambia. . .”

The Joint Mission generally revealed that the National Assembly campaign was peaceful while praising the impartial role of the Inter-Party Committee (IPC), in coordinating relations and serving as a platform for dialogue among other political parties.

However, the Joint Mission of Afrique Espérance and IEOMANA notes that the ballot went well overall.

In general, the mission notes the transparent and consensual nature of the counting and the announcement of the partial results in the polling stations in the presence of the candidates’ representatives, election observers and the public.

“No major incident likely to significantly disturb the sincerity of the vote was noted by the observers from Afrique Espérance and IEOMANA”.

However, the team observed the conduct of the ballot in an atmosphere of peace, tranquility and the prompt reaction of the CEI, which made it possible to correct certain dysfunctions.

The team also noted the massive and reassuring presence of national and international election observation missions as well as good media coverage of the election.

As part of its recommendations, the team recommended that the CEI maintain a frequent flow of communication with the general public at all levels throughout the electoral process.

To the defense and security forces, the team recommended more deployment and their discretion to ensure the smooth running of the election.

The observation mission team also recommended that CEI staff vote in advance in order to be ready to better supervise on the day of the vote.