A seed of revolt has grown in the Vaal 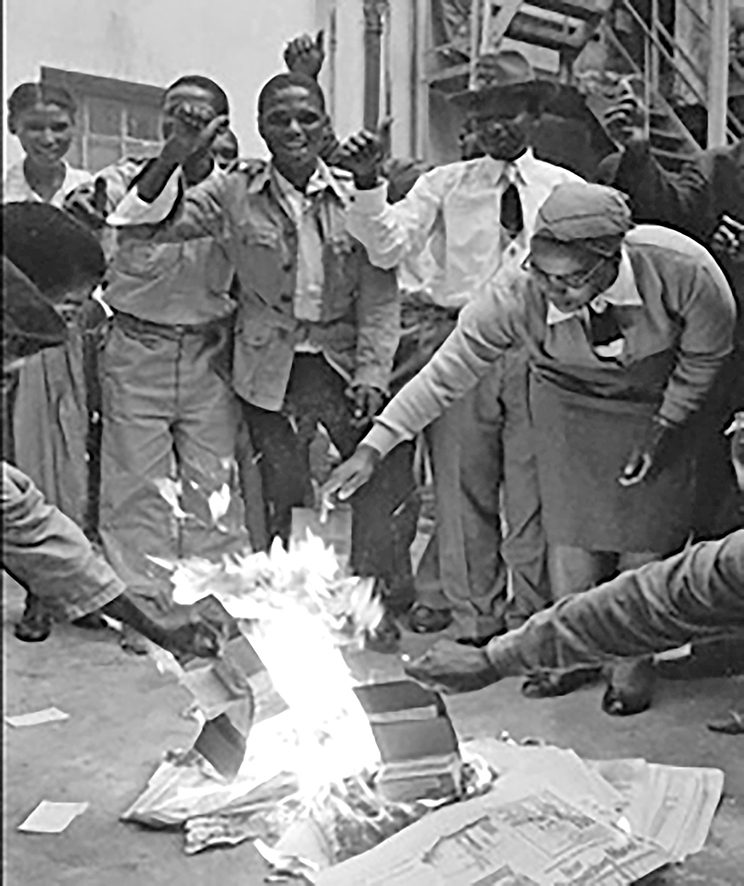 This article seeks to place the events leading up to the historic Vaal rent uprisings of September 3, 1984 in a proper historical context.

The latest rent boycott of that day was not a spontaneous eruption but a systematic consequence of the tireless organizing efforts of tireless activists of all political stripes.

The fertile political ground of the Vaal helped sprout the seed of a defiant revolt that reverberated throughout South Africa.

The actual events of the day and those that followed were skillfully annotated and elaborated by Thulani Kunene, the ANC Regional President in his must-read and insightful article titled; 3rd: September 1984; History written in blood, sweat and tears.

He answers questions about how things went. I focus on causation, while he deals with consequences.

The area known as the Vaal Triangle is steeped in resistance history. It included three towns, Vereeniging, Sasolburg and Meyerton. Vereeniging was the anchor town, established in 1882 after the discovery of coal deposits along the banks of the Vaal River.

Evaton was established in 1905 as a freehold area after Paul Kruger authorized the sale of land to Africans.

The farm belonging to Landjobber Easton and Mrs Adams called Wildebeesfontein was broken up into 2,633 stands of which 833 were bought by whites and 1,800 by Africans. Whites settled in Residensia and Africans in Evaton and Small Farms respectively.

Residents of Evaton chose to walk around 59km to Johannesburg for 17 months in a bitter struggle. The Azikhwelwa! Hadipalangoe, the “We don’t drive them” campaign became a big success and the bus company capitulated.

Evaton activists were instrumental in organizing and recruiting people in Sharpeville to protest pass laws. Nyakane Tsolo, who led the March 21 anti-pass campaign in Sharpeville, frequented Evaton, where he met Sibeko, Make and Sandamela, who had broken with the ANC to form the PAC. Sibeko was the regional chairman of the Vaal PAC.

With the Sharpeville massacre in 1960, dozens of Vaal militants were arrested, exiled and many more died under a hail of bullets. The Vaal set the tone for the resistance struggle, ushering in a new era of exile and banishment from political organizations.

The Vaal gave birth to the armed struggle, and precipitated the diplomatic offensive against apartheid. Apartheid was declared a crime against humanity by the United Nations, all thanks to the heroes of Sharpeville.

The climate of revolt was accentuated by the coming to power of PW Botha, who succeeded John Voster in 1979. On June 1, 1980, a unit of Umkhonto Wesizwe made up of David Speech Moisi, originally from the Vaal, launched a lightning attack against the Sasolburg Oil Refinery and Natref.

This event reignited youth activism in the Vaal and became the subject of militant chants and slang. “Natsi i Sasolburg uvu’thumlilo” has become a rallying song.

The proliferation of high schools in the region between 1979 and 1984 benefited an army of disgruntled high school students whose militancy was exploited by the bellicose message and militancy of Cosas.

The apartheid system faced the harshest and most sustained resistance from the Vaal community under the leadership of the Vaal Civic Association.

What was supposed to be localized resistance against rent increases was catapulted into a nationwide revolt.

The Tricameral Parliament Bill proposed by racist Minister for Cooperation and Development Piet Koornhof has seen the release of pent-up anger that has helped fuel the crises further. Cosatu embarked on a million-signature campaign and the Vaal played a central role with many signings.

The success of the Vaal Rent Boycott stems from a sustained and principled unity among all progressive formations.

These included unions, Cosas, civic associations and religious bodies. It is this unity of action that saw the mobilization of the entire region.

The Sharpeville Six marathon trial, the Delmas treason trial, Robben Island, the time of exile, civil disobedience, mass demonstrations and insurgency attacks were all hallmarks and consequences of the uprising of the vaal september 3 rents.

The main feature of the September 3 uprisings was that they closed the chapter on the era of ox-wagon politics, where Africans were made to administer their own damnation.

It marked the beginning of an era of enduring ungovernability that resulted in the lifting of the ban on political organizations and the release of political prisoners.