A “Herculean” volunteer in the community 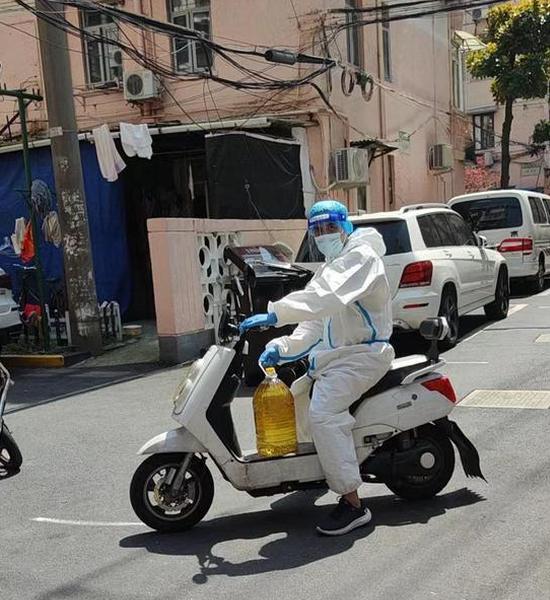 (ECNS) SHANGHAI — Shankar Koirala, a 29-year-old Nepalese, is fluent in Mandarin, although he cannot read Chinese. Previously, he owned a store in Nepal, where 80% of customers were Chinese. He could therefore practice his Mandarin very well.

Recently, he started volunteering at a closed management area on Fenglin Road in Shanghai’s Xuhui District, helping deliver supplies. At the start of the lockdown, there wasn’t enough manpower in the community, so they recruited volunteers. Shankar was home alone and went to register when he saw the need. At first, he worried, “I’m a foreigner and I can’t read Chinese. Will this bother them?

Shankar Koirala is a volunteer in Shanghai. (Provided by interviewee)

His concern was superfluous, and before long he was revered as a “Hercules” in the community.

On April 21, when the ECNS reporter first contacted Shankar online, he replied in English, “I’m unloading food, I’ll call you later.” The second time, he had just finished dinner, but was about to go out to carry some things. The third time, it was nine o’clock at night and he had almost finished working.

“In one day, we received five truckloads of government supplies, chicken, pork, vegetables and laundry detergent,” he said.

A load generally contains more than 2000 boxes and requires 7 to 8 people to unload it. He said that when he started volunteering, his whole body ached and he was very tired after moving so many things. He gradually got used to it after practicing it for about 20 days.

He also easily gets headaches in the sun, but he chooses to take painkillers, sleep and get back to work, “because we have a lot of buildings under lock and key, and we don’t have enough people, especially young people.”

He says volunteers have to get supplies to residents’ homes every time at a rapid pace. So no matter what, we have to persist.

In Shankar’s eyes, Nepal and China are close neighbours. He said Nepal is a tourist destination, with the highest number of tourists from China. Chinese tourism greatly benefits local traders. 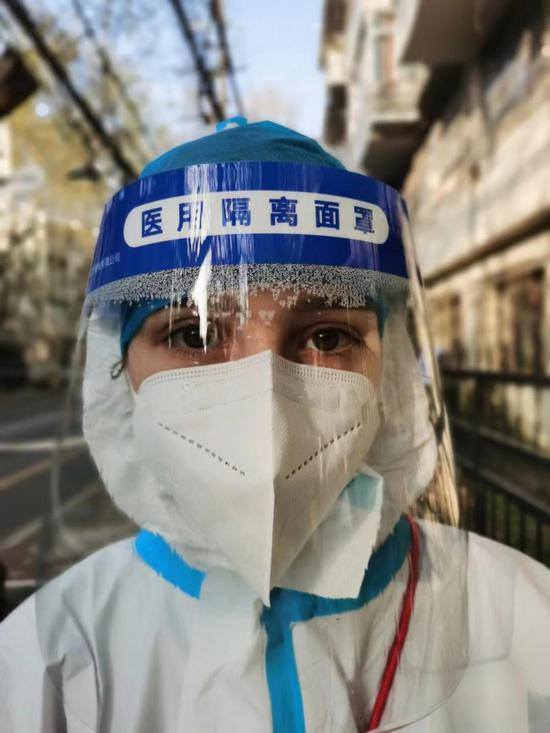 Shankar Koirala is a volunteer in Shanghai. (Provided by interviewee)

He said that since he now lives in China, he should help out in Shanghai, he considers it his duty. “I also live here, and I hope the city will soon return to normal,” he said.

Shankar has been in Shanghai for almost 3 years. Nepalese Shankar Arts and Crafts Company participated in the second CIIE in 2019. After the show, Shankar stayed in Shanghai. In recent years, in addition to the original work at the arts and crafts company, he also opened a small trading company in Shanghai, and now operates two stores, selling Nepali cashmere scarves, Nepali Thangka, etc.

He gradually integrated into the city and got used to eating Chinese food. He started cooking his own braised pork and fried potatoes, which he shared on his WeChat Moments.

The latest COVID-19 outbreak has impacted his business as he may have to close one of his stores. “Then I will go to Yunnan for a few days and have some free time.” Once the epidemic is over, Shankar wants to return to Nepal to see his family, then return to Shanghai to continue working. “I like Shanghai. It’s good here.”

Shankar Koirala and his co-volunteers work in Shanghai. (Provided by interviewee)